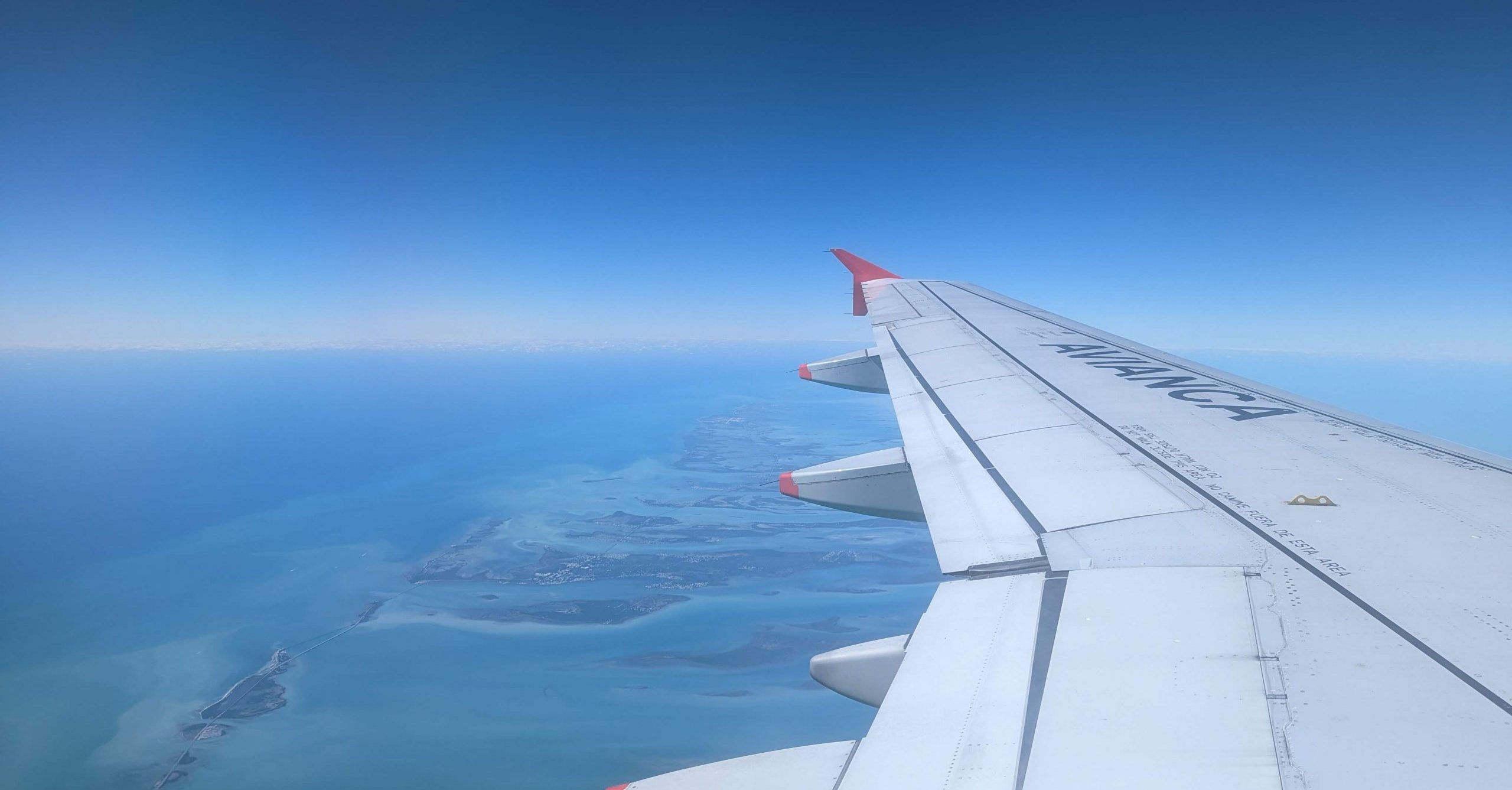 Almost 100% of travelers who have been to destinations other than the USA get tested upon arrival in Canada and have to self-isolate while waiting for the results (I repeat: Only those who have been somewhere other than the USA; that’s The Science™ in Canada). Going to the USA is the only way to guarantee you won’t have to self-isolate, but there are a few tips to (maybe) increase your chances of avoiding it if you go somewhere else.

Last week, I returned from my trip to Central America.

But I was not tested and so I didn’t have to self-isolate.

Contents hide
Background
Reminder of the basics of Canada’s arrival testing
Tip 1: Do NOT pre-register
Tip #2: Have a domestic connection
Tip #3: Go through the United States
Summary

I intentionally tried 3 specific tips to increase my chances of not being tested.

So I could share them with you, for those who prefer avoiding these tests (I don’t really care personally… after doing the 14-day quarantine 5 times and over 20 tests, you understand that a short isolation period or a Q-tip would not stop me from traveling😂).

Since the beginning, Flytrippers has been saying to always follow all the rules and we still do of course…

But if you want to possibly have fewer rules to follow, we’ll certainly use our extensive pandemic travel experience to help you (and we’ll have plenty of other such tips for you, like how to go anywhere in the USA without a test; sign up for our free newsletter).

ATTENTION: As I said, the only way to be 100% sure you won’t have to self-isolate when you return from your trip is to go to the USA. Traveling to the United States is super easy (I’ve been 5 times since April and I’m going back on Wednesday) and it’s also amazing if you want a normal life (but if not, you should probably choose your state wisely or go somewhere else).

That’s guaranteed. For any other destination, it’s impossible to avoid it with certainty and there is no guarantee. So only go somewhere else if you can comply in case you are tested like the vast majority of travelers are.

LAST THING: Unlike all of our objective content on clear rules, here I’m just speculating to try to help you… no official information is provided by the government or anyone else to understand how travelers are selected for arrival testing.

Reminder of the basics of Canada’s arrival testing

I’ll soon be sharing an ultimate guide to arrival testing, but in short, pretty much every single expert says it’s a totally absurd rule. I’m one of those quoted in this French-language CBC article (this is the Google Translation) on the subject if you’re interested.

All travelers entering Canada must already provide a valid pre-departure test (either negative within 72 hours OR positive between 11 and 180 days).

After that, in addition… upon arrival there is another test for those who were already negative, based on 2 separate rules:

But here are 3 tips that helped me avoid the arrival test myself last week even if I had been outside of the USA (and a downside for each tip too).

I repeat: This absolutely does NOT mean you’ll avoid the test, but it may just increase your chances.

Tip 1: Do NOT pre-register

I had already teased this tip in previous articles, but I actually implemented it and it worked for me.

The government website recommends that you pre-register online for your arrival test. It’s 100% optional.

Just to be clear: Filling out the ArriveCAN application is mandatory, that has nothing to do with this. Completely separate. The pre-registration for the arrival test is not mandatory at all.

Personally, I think it’s much smarter NOT to pre-register since they don’t test 100% of travelers (although it may have nothing to do with anything and maybe this isn’t even taken into account in the selection, that’s quite possible too).

By pre-registering, you make their life easy! You’ve already done all the work for them and all they have to do is test you. It seems logical to think that they will select someone who has already filled out everything before selecting someone who has not. To save themselves some time.

These testing companies get paid by the number of tests done (over a billion of our money too, by the way). So they want to do as many tests as possible, that’s clear. They want it done quickly (for the “doing the test” part… not the “giving the results” part obviously).

Our incompetent federal government apparently didn’t even add a clause that forces them to give results in a reasonable time, which is why it takes longer here than even in developing countries! They put all the resources into testing as many people as possible instead of putting resources into giving results quickly. They don’t care about that, they just want more money of course so they need more tests done, regardless of when the results can be provided.

Anyway, I feel like pre-registering will just increase your chances of being selected for the test.

That said, one caveat: If you are selected anyway, by not having pre-registered, the process will obviously be longer. I prefer to try to avoid the test altogether, even if it means taking a few extra minutes to complete it if I’m selected, but it’s up to you to decide what you prefer.

Tip #2: Have a domestic connection

I got my plane tickets with my Aeroplan points, so I could have very well flown to Montreal directly. But I purposely chose a relatively short stopover in Toronto first (having free lounge access sure makes it more enjoyable, don’t miss our guide about that soon).

I figured if I had a bit of a tight connection to catch, maybe there would be less chance of me getting selected if they don’t want me to miss my connection.

At the same time, maybe they don’t give a damn about you and don’t care at all about your connection. Maybe they’re not even equipped to take that information into account. Also, they have self-testing kits that they can give out to do at home that can easily be given out during a connection (I got those twice when it was mandatory for everyone in 2021).

In any case, when I went through customs in the connections concourse in Toronto (YYZ) on Monday, the friendly customs officer didn’t say or ask me anything.

On the other hand, I have a NEXUS card too, so maybe all these tips have nothing to do with it and it’s just a privilege of being a “trusted traveler”… maybe NEXUS members are never tested! Who knows!

That being said, one caveat: If you are selected anyway and given a self-test, know that the labs in charge of tests aren’t the same in each province, so since you’ve had a connection, the delay to get your results could actually be longer, since you have to send it back to another province for example. Although sending a parcel to Toronto is pretty quick usually. Again, it’s up to you to decide whether that risk is worth it.

Tip #3: Go through the United States

According to government rules, it’s not where you came from that’s important. It’s where you’ve been in the 14 days before. So I should have been tested since I had been outside the USA.

However, I don’t hold the ability and efficiency of governments in high esteem as I’m sure you’ve already noticed (part of being a close observer of everything they’ve done so far and also my past work as a management consultant).

So I felt that arriving on a flight from Miami would surely increase my chances of not being tested… since those who have just been to the US are not tested.

In other words, in my opinion, if you arrive on an international flight (from outside the US), you will almost certainly be selected. But if you arrive from Miami, maybe you fall through the cracks in the system…

You shouldn’t… since the ArriveCAN application has a question that specifically asks what countries you’ve been to. So they know that you’ve been outside the USA.

But is it managed as well as the email you get explaining the isolation rules after the test, which arrives 3 days after entering the country (even though they have the precise date of entry in ArriveCAN) and is pretty useless by that point? And in fact, one could say… managed as well as literally anything the government has managed on the travel file since the beginning — successive and undeniable failures?

Anyway, especially for those traveling to Mexico, Central America, the Caribbean, or South America… going through the United States will also save you money on your plane ticket! A connection almost always lowers the price.

And you can even do what I did and do the pre-departure test required by Canada for free in the United States if you take a long enough layover, to save another hundred dollars or so on that. I got my result in just over an hour on Sunday at Walgreens!

I’ll soon write a post specifically on this to explain what I did.

It’s not necessarily doable for every destination obviously, but maybe even if it’s more expensive to go through the US, you’ll prefer paying a little bit more to increase your chances of avoiding the test.

That being said, one caveat: Even if you do connect in the USA, you may still have to take the test as I’ve repeated.

All I know is that I applied these 3 tips on Monday and it worked very well for me: No test upon arrival. If you’ve traveled recently and avoided this arrival test too, feel free to share your testimonial in the comments.

Want to get more content to learn how to travel during the pandemic?

These 3 tips do NOT guarantee that you will avoid the test upon arrival in Canada; the only way to be sure to avoid it is to travel to the USA only. But the tips can possibly increase your chances of avoiding it, as they allowed me to avoid it myself when I returned from Central America last week.

What would you like to know about avoiding arrival tests? Tell us in the comments below.

Getting Vaccinated For Free In The USA: Our First Impressions

Being Infected With The Coronavirus: My Follow-Up