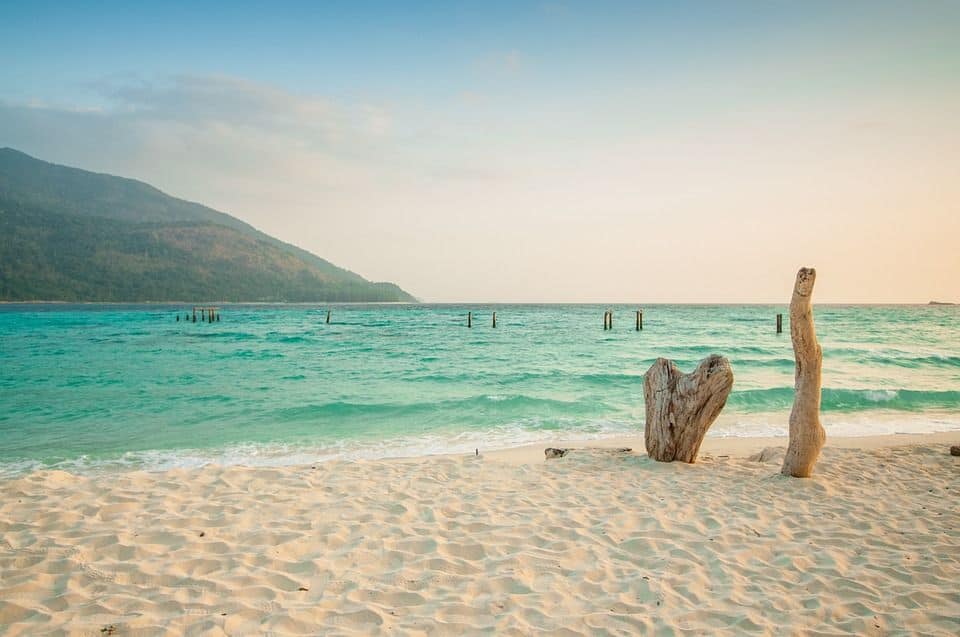 We often tell you, because it’s true: traveling doesn’t have to be expensive, when you choose wisely. But we know it might not be easy to know how, especially for those who haven’t traveled that much, it can seem daunting.

Our mission at Flytippers is pretty simple: help you save money on travel. For two reasons. Either to simply keep more of your hard-earned money or to be able to afford to travel more often.

That’s why personally, we prefer making choices that allow us to travel a lot more often (Kevin visited 17 countries in 2017, I visited 18). For example, we often sleep in hostels when they are cheaper than hotels, we travel light to fly on ultra low-cost carriers, we pick destinations based on the deals that come up on our flight deals page and of course we always try to go where the cost of living is cheaper.

Traveling is only expensive when you want the whole experience to be convenient and easy. If not, it’s simply untrue that travel is expensive.

Whatever your travel goals, the key to traveling at a low cost is definitely choosing the right destination. The cost of living varies greatly from one country to another. That is really where your total trip cost will be determined because in most cases, you’ll spend more once on the ground than what your plane ticket costs (depending on the length of your trip of course). The other key is to do your research and plan well, because even in cheap countries, if you don’t know what you’re doing, you can end up spending way too much.

Anyway, we’ll have lots of other articles about the ways to save money on a trip, but let’s start with two quick example, a brief overview and our Top 5 destinations where you can travel for under C$35 per day.

So before we dig deeper into this subject, just two quick examples.

Most flight deals to Europe are for Western Europe (Dublin, Paris, London, etc.) no matter where in Canada you are flying from. If you stay in one of those cities, of course your trip will cost you a boatload of money (they are very expensive countries). However, by simply adding a $100 roundtrip flight (on Ultra Low-Cost Carriers) to Eastern Europe or Central Europe, you can save hundreds of dollars on lodging, meals, local transportation and activities.

So yes, you spend a bit more on flights, but you’ll save much more if your trip is somewhat long, since those countries are much cheaper. And it still lets you visit that Western European city on your trip, albeit for a shorter while. That stopover is the best of both worlds, it gives you a two-in-one trip. And there are amazing cities to discover that are quite cheap outside of Western Europe. The full details on this multi-ticket itinerary technique can be found here.

Finally, the best example is Southeast Asia. A lot of people are taken aback by the higher airfares to cross the Pacific (although we often find deals ranging from $400 to $700 to Asia from all parts of Canada) because, yeah, sure, the plane ticket is more expensive than flying to Europe or most parts of the American continent. But the cost of living is so ridiculously low in Southeast Asia. So if you are staying for two weeks or more, even with the higher cost of airfare, you’ll save tons of money in SE Asia compared to most places.

Where To Travel Cheap

Just to be clear, this is by no means an exhaustive list. There are officially 193 countries in the world (recognized by the UN, and many others that aren’t) and a lot of them are very affordable. So we’ll be talking more about this in the coming weeks in detailed articles, with lots of pictures, information about every country and most importantly: our tips to get there for less.

But the basic rule is pretty straightforward: the more developed a country is, the more expensive it will be to travel there. Simple. And that’s great, because in our opinion, the best trips are the ones in destinations that will have as little in common as what we’re used to at home. Where you can feel outside of your comfort zone. This usually happens in countries that are a bit less developed than here in Canada.

To help you out, while you wait for our other articles, we wanted to share a very useful link that isn’t specifically for traveling but that compares the cost-of-living around the world:

Essentially, it is an index, so it helps you see the cost in one country relative to others (you can access the site here). Canada is ranked 28th, so basically every country that is lower than that will be cheaper than here. In simple terms, the greener the country on the map, the cheaper it will be.

So before giving you our Top 5 regions, here is a simple reminder on how to save money wherever you go. Obviously, finding a great flight deal on your plane ticket helps, since they are often 50% off the regular price. If that’s not possible for your dates, you should always compare prices on our online booking sites aggregator or even better, use our more advanced tool to find the cheapest dates (or the cheapest destinations for your dates). For lodging, if you are traveling solo, hostels are your best friend, if not compare hotels or consider Airbnb (especially with a free $45 credit with our referral code). Like any aspect of traveling, the key is to take the time to do some research, to gather information and compare prices. Always compare.

As mentioned, when you want to save money, there are definitely some regions that are better than others, and where it’s possible to travel really cheap. There are even destinations where C$35 a day will be enough to cover all your expenses.

You can see the detailed articles and country-by-country ranking in the next section, but first here are the Top 5 most popular regions.

This one is no secret and it’s no wonder why it’s one of the most popular travel destinations. Thailand of course is really cheap, but even heavenly places like Bali in Indonesia are really affordable and have beautiful beaches. The Philippines, Cambodia and Vietnam are all very cheap places too. It starts with hostels at under $10 per night and also the very cheap food, even in restaurants.

A post shared by Official Thailand Tourism (@thailandinsider) on Nov 3, 2017 at 1:00pm PDT

We often spot deals to Southeast Asia around $600 to $800 roundtrip from Eastern Canada, even less from Western Canada.

There are so many beautiful places in Europe, every country has its charms. Often, Eastern European countries are just as beautiful as the more “popular” countries, but they are so much cheaper. You don’t even necessarily need to go all the way east to Bulgaria or the Balkans (even though they’re the cheapest), but even closer by in Hungary and Poland you will be able to visit with a much smaller budget. Hostels are around $10-$20 a night and cheap food here too.

To fly to Eastern Europe, you can often save money by using the multi-ticket itinerary trick described in this article.

There are hidden treasures very close to us, notably in Central America and of course South America. Some of these countries are very affordable, especially Guatemala, Nicaragua, Colombia and Peru. Flytrippers co-founder Kevin spend three months there this fall and he was able to live off of much less than $35 a day.

We often spot flight deals to these countries for $350 roundtrip (Central America; Guatemala) or for $450 roundtrip (South America; Colombia).

We’ve never been to India ourselves, but from what we know, it’s a country where $35 a day is more than enough to get by. It also looks beautiful, and as a country with such a huge population, there are many places to discover.

This one is a bit further, so plane tickets are usually more expensive than the other destinations. We often spot deals from $750 to $900 roundtrip.

Geographically, Greece and Turkey could be included into Eastern Europe but we wanted to highlight this area, including Egypt too. These are absolutely stunning countries that will surprise you. In Greece’s case, you won’t be surprised to hear that it’s pretty, but you might be surprised to learn that it is very cheap once you’re there. A tanking economy will do that for you. That’s not too good for Greeks, but it’s great for visitors.

On the other side of the Aegean Sea, Turkey will surprise you since it is not often considered as a must-see destination. We went last spring and really loved it, both of us want to go back. It’s very beautiful… and also very very cheap.

In both cases, you can find cheap flights there from any major hub in Europe, which is often cheaper than buying on a single ticket from Canada. As mentioned earlier, the multi-ticket itinerary will cost you much less. Buy the cheapest transatlantic flight and then from there a cheap flight to Greece or Turkey. It will often come out cheaper.

Egypt is also very affordable (as are many Northern African countries), however flights can be a bit more pricey to get there.

That was the overview, we have now started publishing a series of articles with the detailed ranking of the cheapest countries to travel to.

Here are the destinations we have covered so far, don’t miss the rest of the series here on our blog!

These are the cheapest destinations to travel to. More articles coming up soon.

Have you ever been to any of these cheap destinations?

How Far in Advance Should You Book Your Flight?

What To Do When Your Flight Is Delayed By Winter Storms