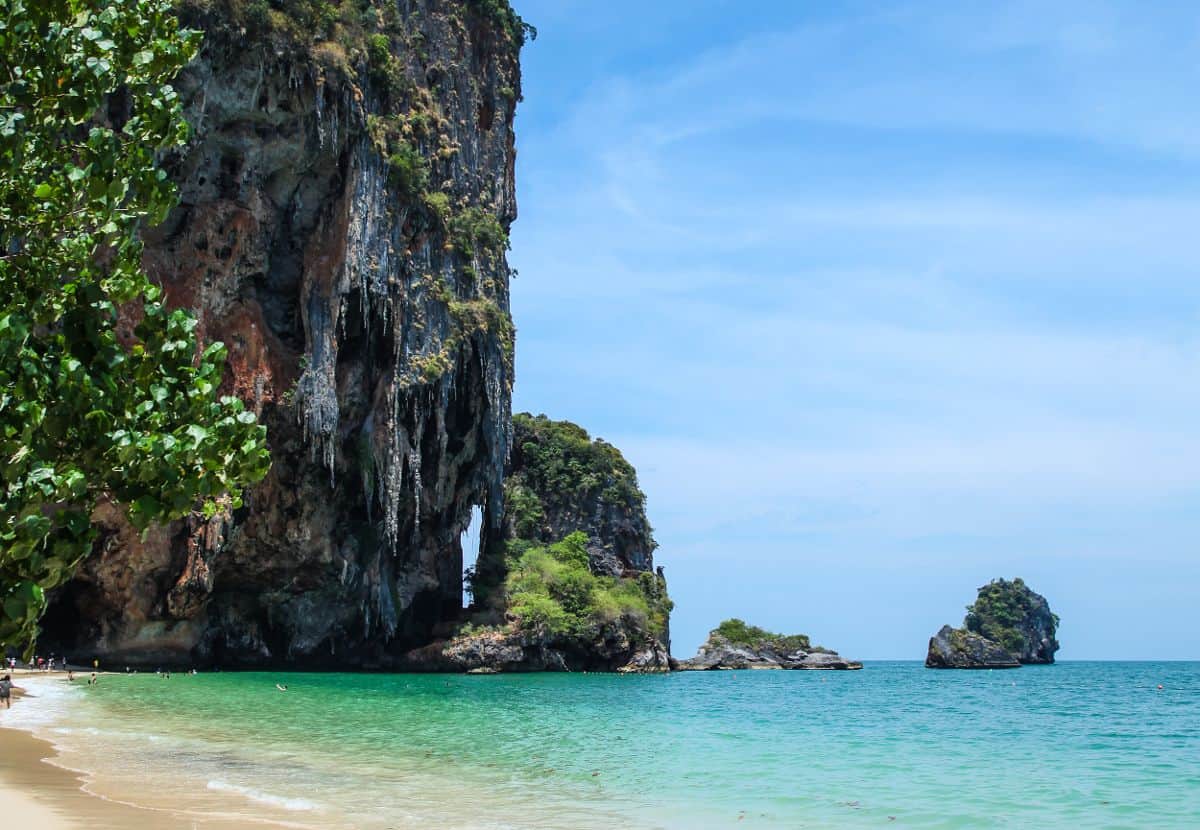 Many still believe in the most persistent myth in the world of travel: that traveling is necessarily expensive. That simply isn’t true. What is expensive is when you want travel to be as convenient as possible… or when you choose expensive destinations.

So here is the next part of our ranking of the cheapest countries to travel to, the first part of the under $30/day category and 3rd part overall, after our 10 destinations under $25/day.

I copied the detailed explanations about how the rankings work and what you need to know about the cost per day after the list, since you probably already read it in our previous articles, the first parts of the series. You’ll also find the complete ranking to date after the 5 new countries.

After focusing on Asia for the first part of the ranking, here are the 5 other countries in Asia where travel is really affordable. The many other countries at under $30/day will continue next week. Don’t forget to subscribe to our free newsletter to get all our content (and great flight deals) in your inbox.

A beautiful country, whose “cheap” reputation is already well-documented among travelers. In fact, like its neighbors Cambodia, Vietnam and Laos, Thailand could even be in the Under $25 per day category without that much of an effort on your part… but in all cases you’ll easily manage to stay there for under $30.

It’s a dream destination for a lot of people, but that doesn’t mean it’s expensive. It’s really affordable, don’t miss our upcoming article specifically exploring how cheap Thailand is. Flytrippers’ co-founder Kevin spent a month there last year and really enjoyed the country… and how cheap it was! We both just spent a few days in Phuket actually but it was more of a work retreat, so we didn’t explore that much this time.

If you like beaches, islands, nature, partying, urban adventures… there is truly something for everyone in Thailand. Whether it is in Ko Lanta, Ko Phi Phi, Chiang Mai, Phuket or Bangkok… you’ll love this Southeast Asia country. https://www.instagram.com/p/Bh8lDRYHp-K/

How To Get To Thailand Cheap

Flight deals to Thailand are relatively frequent, given how popular this destination is. Most often the deal is for Bangkok, although sometimes you’ll see Phuket, Chiang Mai or even Krabi. If you’re not flexible with your dates and there are no deals, you can use our multi-ticket itinerary tip, since flights within Southeast Asia are so cheap. Buy the cheapest flight to SE Asia, and from there, buy a flight to Thailand and it might come out cheaper than buying on one ticket.

Let’s stay in Southeast Asia, as you already probably know, it’s one of the cheapest places on Earth. Another favorite of budget travelers is Indonesia. Sure, everyone’s thinking of Bali first and foremost (and I just spent a week there without visiting any other island, so I’m also guilty) but Indonesia is a huge country with a lot of different places to visit.

It’s actually the 4th most populous country in the world and is composed of over 13,000 islands, so there are a lot of truly incredible scenic spots outside of Bali.

I knew it was a cheap country but even so, I still couldn’t believe how affordable everything was honestly. Really nice luxury hotels for a ridiculous price, nice hostels for $5 a night, food for next to nothing, Ubers (well it’s called Grab there) for such a low price… everything is affordable.

How To Get To Indonesia Cheap

Deals to Bali are a bit harder to come by. However, as mentioned earlier, flights within Asia are so cheap. For example, I found a great deal from Montreal to Singapore for $499 roundtrip, and from Singapore my extra flights to Bali were only $130 roundtrip. So spot a deal to Singapore or other SE Asia cities for your dates if the flight is expensive when bought in one piece.

Another cheap destination in SE Asia, Malaysia is probably less popular than the others but having just spent a week there in April, I can tell you it is really an amazing place.

It’s very similar to the two neighboring (and beloved) countries, Indonesia and Thailand, but with the added benefit of being a bit less touristy and being even cheaper I found.

Very cheap for everything from accommodation to food to transport, so much so that I already can’t wait to go back. And it really is less overcrowded with tourists.

You can explore the incredible city of Kuala Lumpur, the nearby caves, the beaches all over the country, the incredible nature on Borneo… there is something for everyone in Malaysia.

How To Get To Malaysia Cheap

Again, same as Indonesia. There are sometimes deals to KL, but they are pretty rare. Combine tickets to save, especially for Malaysia, since KL is the main hub for one of the world’s largest Ultra Low-Cost Carriers, Air Asia.

Even though some would say it’s not the best time to visit, we’ve read many many reports of people exploring Burma recently with absolutely no issues. It’s usually safe to assume that governmental warnings are often overly cautious.

Yes, you need to be careful (but then again, that’s true all the time and everywhere) and avoid specific regions, but most of the country seems quite safe to visit according to what travelers themselves seem to be saying online. Just use you common sense and plan your itinerary carefully.

In all cases, Myanmar is a really affordable country that seems so rich culturally. Whether you go now or wait to go later, it’s definitely a country to discover.

How To Get To Myanmar Cheap

Deals to Myanmar do pop up sometimes from most Canadian cities, but then again, if not, just see our explanations up here with Indonesia, the same is true for Myanmar.

Our last country in the first part of this Under $30/day category, Bangladesh is not so much in Southeast Asia as it is in South Asia, but it’s still really cheap.

Did you know it is the world’s 8th most populous country? Yeah, there are a lot of people in Bangladesh. It was once known as East Pakistan, until it gained its independence.

Located near India, one of the cheapest countries to visit overall, Bangladesh is a destination that is definitely less common and touristy, yet still has much to offer. It is known for having the world’s largest delta, and water is an important part of the geology there. The world’s longest unbroken sea beach is also in Bangladesh, as is the largest mangrove forest in the world. It goes to show that every single country has amazing attractions, and it’s a real mistake to just visit the “popular” countries.

How To Get To Bangladesh Cheap

Deals to Bangladesh directly are pretty rare, however deals to India are much more frequent. If you want to save, sometimes it can work out cheaper to grab a train between India and Bangladesh, but as always, it depends on the price for your dates. Just know that that train ride might just be the most memorable one you’ll ever try.

Here are 5 countries under $30/day, don’t miss the next parts of the ranking every week!

Have you ever visited these countries? If not, which countries were the cheapest for you?

What It Was Like To Enter Canada This Week