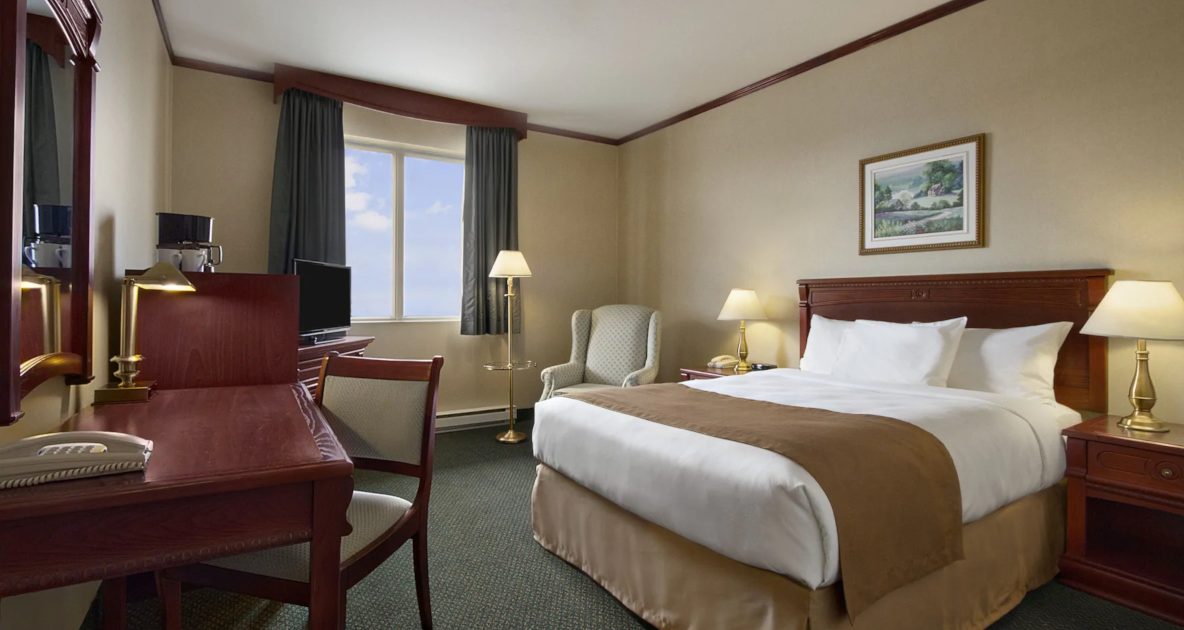 Today, the new travel restriction measures promised by the federal government after the many travel-shaming headlines have been announced by Prime Minister Trudeau, who also repeated that COVID-19 cases in Canada related to international travel are “extremely low” (as the data clearly shows). Anyway, only the government can make a 3-day stay in an airport hotel cost $2,000… which by the way, is more than the total all-expenses-paid cost of a month-long trip in many countries.

Here is what we know.

There were 7 things announced:

Few details have been announced, as is often the case with the government’s haphazard announcements regarding the travel industry (more info has been promised in the next days).

They’ve only had 10 months to think this through, after all.

If we hadn’t been watching the announcement ourselves, we would not have even believed it was possible to charge $2,000 for just 3 days.

Of course, everything that governments touch is way more expensive, but still… that’s insanely high.

So one month of all-expenses-paid trip… versus 3 days in an airport hotel.

(Do you see why, as a website whose mission is to help you travel more for less, we always encourage you to stop traveling to expensive countries? That’s why personally even a pandemic wasn’t enough to make me want to travel within Canada last summer, when for the same price we can travel so much longer in other countries—countries that happen to offer much more of a culture shock and an enriching experience too. Obviously, $2,000 for 3 days is more expensive than normal, but still.)

Travel doesn’t have to be expensive contrary to the popular myth… at least for non-Canadians, now that any trip costs $2,000 more.

Anyway, clearly, now only ultra-rich Canadians will be able to travel until this measure is lifted. If you had “class warfare” on your pandemic bingo card, congrats.

Because with money, there is no travel ban whatsoever. None.

It’s one thing to have this measure now when we’re on lockdown here, but given what we know since the beginning, the worst about this is that they’ll probably be extremely slow to remove this requirement. The federal government has been extremely slow with everything, so…

That’s what is the most worrisome.

It would make absolutely no sense for Canadians to have to pay $2,000 for a 3-day hotel stay when returning when some countries will likely be virtually coronavirus-free and open to Canadians by the summer, and maybe even before. Adapting measures to the data about the origin country’s situation is too complicated for our government that supposedly makes decisions based on data because it would require some effort and putting in some time, and that’s just too much to ask.

In the meantime, there is absolutely no restriction if you return from Saskatchewan, where there are 22 new daily cases per 100,000 people (7-day average). No test at any time, not when leaving and not when returning. And no quarantine either, not even at home (unless you live in the Atlantic provinces or territories).

But returning from Cambodia, where there are 0 new daily cases per 100,000 people, requires a 14-day quarantine, including 3 in a hotel for $2,000 quarantine. You gotta choose the right imaginary lines to cross! And clearly, that choice is not based on scientific evidence, despite what the government says.

So in January international travel represented 1.1% of all COVID-19 cases, according to the Canada Public Health Agency. That will surely go down, so only 99+% of cases will continue. But most importantly, those 99+% of infected Canadians will all be trusted to quarantine at their home. The 1% who are travelers, nope. Quarantining at home is not okay for them.

But all this is supposedly very logical and based on science.

As you probably know, at Flytrippers we want to help you travel more authentically and encourage you to choose traveling over vacationing.

But even for those who want to vacation, which is fine if that’s your preference of course, we encourage you to at least do it outside of an artificial resort and/or to combine vacationing with more authentic travel in one trip, as we genuinely believe that travel is such a powerful experience for us as human beings.

So the fact that Canadian airlines agreed to cancel flights to the Caribbean and Mexico is not the end of the world in and of itself, as that area represents less than 1% of our globe (as we often like to remind the many Canadians who automatically seem to think that this is the only place that exists).

And just to be clear, you can simply fly to the Caribbean or Mexico via the United States, and that’s it. One-ways from Montreal to Cancún via the US are just $180 next week, and this announcement doesn’t change anything about that option.

In fact, it doesn’t even seem to be an outright ban, it might just be that Canada’s 4 large airlines just agreed to stop the flights in exchange for a sure-to-come bailout (just 10 months later). Aeromexico seems to still be selling direct flights, but they might just be slower to remove them since this is really new.

In short, it just means you have to transit via another country because direct flights have stopped. Even if they were banned, as flights from the UK were for a short while because of the new variant, entry restrictions and flight bans are two separate things. By the way, flights to the UK, home of the UK variant, have been allowed for weeks now and today’s announcement does not change that.

But vacationers who love all-inclusives are often seemingly allergic to connecting flights and layovers, so this measure will limit them, but it’s really not a major obstacle for travelers.

Anyway, with a $2,000 3-day hotel stay when returning, flights probably wouldn’t even need to be banned anyway. It’s such an insane price.

Some thought that this was already in place, and yes something similar was implemented a while ago. But flights from the US, Mexico, and Caribbean were exempt from the rule.

Now it seems there will no longer be any distinction and all international arrivals will have to land at Canada’s 4 largest airports:

Everyone has been asking for a simple testing program in Canadian airports for months, and finally, it will be implemented in those 4 airports.

It seems the cost is included in the $2,000 3-day hotel stay (so the hotel is not $666 per day, but rather only about $600 per day when deducting the cost of the test). It will be in airport hotels, so don’t expect a Ritz-Carlton room even if you’ll be paying a Ritz-Carlton price.

But unlike in Alberta, where testing negative allows you to skip the quarantine entirely with the pilot project that has been in place for months, there will be no such provision as you can imagine.

The approximately 3-day period to wait for results (in Alberta, authorities say it was under 2 days on average) is the time you need to stay in the aforementioned $2,000 hotels. What happens next depends on your test result.

Government facility after a positive test

If you test positive (as approximately 1.5% of travelers did in the Alberta pilot project, which is less than the 2% of the overall population that has already tested positive by the way), you will be forced to complete your entire quarantine in a government-approved facility. Again, no details were provided.

You won’t have to pay anything extra, because all travelers (even those who were careful and were willing to simply quarantine at home for 14 days and be absolutely zero risks to anyone) will have subsidized the cost of your 14-day quarantine with their $2,000 cost on arrival.

I’ll repeat that everyone who organizes a party here and gets infected (who are part of the 98.9% of cases that are unrelated to travel) can quarantine at home and have even less surveillance probably, but that is not a sensational enough news story for the media. And parties are illegal too, which isn’t even the case for travel.

If you test negative, you’ll be able to return home to complete your 14-day quarantine.

Trudeau promised “increased surveillance” which again is a vague undefined concept, but given the fact that there was pretty much no surveillance at all for 10 months, any little improvement will count as “increased” surveillance by definition.

When returning from Europe this summer, I got nothing in terms of monitoring until I got an email 10 days into the quarantine, despite not even downloading the app or doing any check-in whatsoever to see if that would trigger some form of monitoring… so it’s not hard to do better.

Testing on arrival and better monitoring would likely have been just as efficient, but that’s probably not enough travel-shaming to distract from the vaccine rollout failure (which will kill a lot more people than travelers, based on the data).

Proof of negative test at the land border

Travelers who arrive by plane already required to provide proof of a negative test before boarding, but there was no such thing at the land border (where a majority of people entering Canada still arrive).

Now it will be required, but only for non-essential travelers. Recently, the CBSA estimated that 81% of travelers were exempt from the quarantine requirement, so we can assume the same proportion of people entering Canada will have no test requirement and no quarantine at all.

But at least the few leisure travelers (even December’s passenger numbers didn’t reach August levels for example) will be in a hotel for 3 days!

Want to get more content to plan your first post-pandemic trip?

The new travel restrictions announced by the federal government aim to discourage travel, except for the ultra-rich of course.

When do you think these measures will be lifted? Tell us in the comments below.