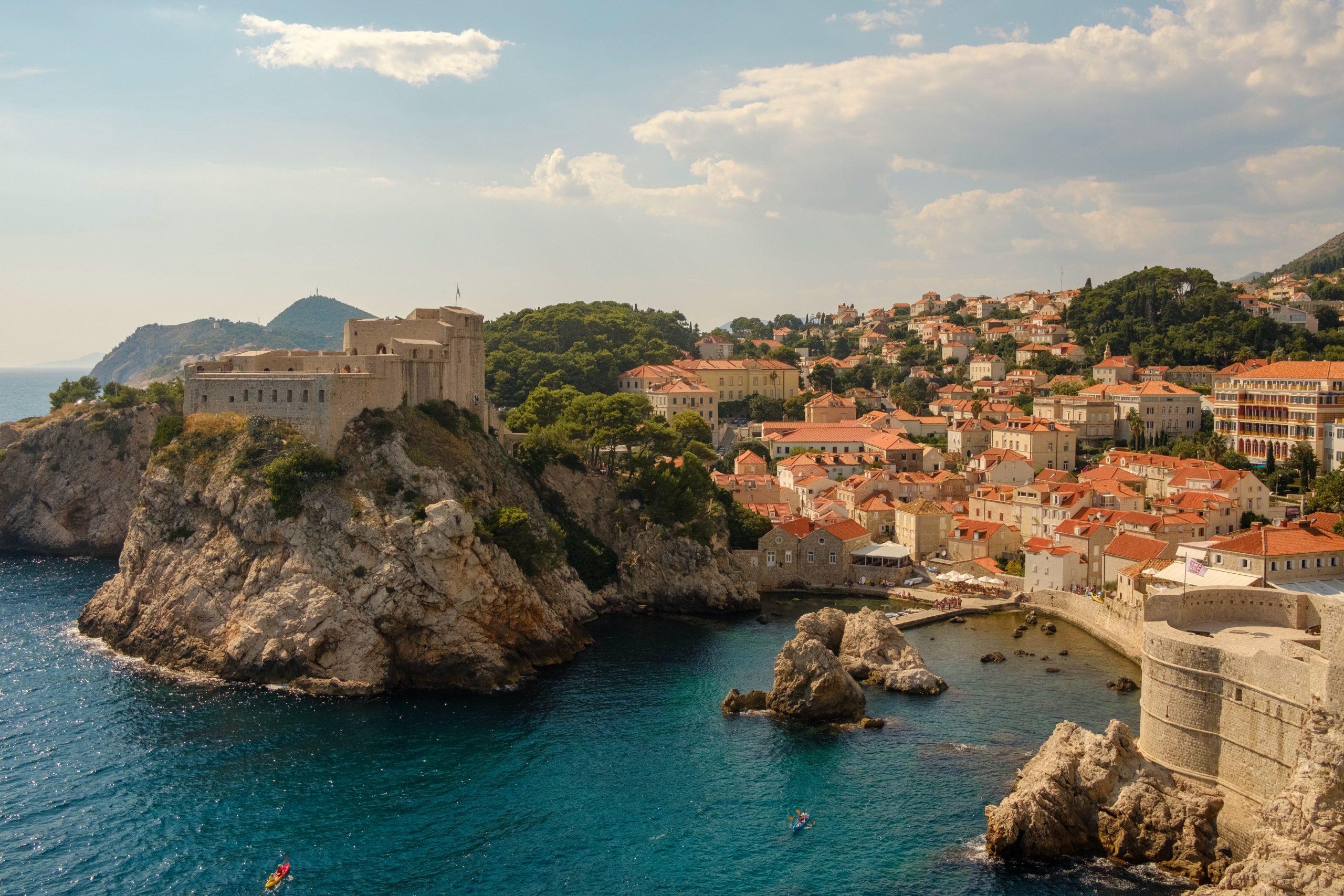 The European Union has finally confirmed its list of allowed nationalities (after weeks of debate) and Canadians are officially on it. A great Canada Day present, right? Well, yes but… there are a few things you need to know.

We are at Flytrippers take our position of influence as travel experts very seriously. So we still don’t recommend traveling right now… but we also are very optimistic that we’ll be able to do so extremely soon (finally)!!!

We’ll tell you more about that very soon: what to consider, travel insurance tips, how to travel safely, a map of all the countries that you are allowed to go to, etc. (sign up for our free newsletter to get it first).

Contents hide
The EU reopening
The major caveat
Other conditions
One last warning
The most important thing to understand
Travel restrictions basics (reminder)
Should you travel?
Summary

The only travel restrictions that exist are entry restrictions imposed by other countries (a reminder of those basics can be found below).

Some countries have already reopened to Canadians. But Europe is a very popular summer destination so this is major news.

The European Union has established a list of 15 nationalities that will be allowed in as soon as today (external borders are supposed to reopen on July 1st). Canada is on the list, while the US is not (unsurprisingly). They have chosen countries that were seeing declines in coronavirus cases, similar to the EU itself.

The coronavirus pandemic is well under control in Europe, and frankly, the reasons we are still holding out on recommending travel have nothing to do with the coronavirus risk itself, as we’ll explain in greater detail in our article about the travel decision process.

It’s that there are still some complexities. Like the fact that the border control is not a EU role…

The fact we’re on the list is great news (especially since they aren’t requesting reciprocity, as our own border might not reopen to non-Canadians).

But you shouldn’t just assume you are allowed to go anywhere in Europe.

The biggest issue with the EU announcement is that it is just a recommendation and it is not a binding list. That is the quirk with the unique border situation in Europe and in the European Union (and even in the Schengen area; detailed article to come for those who are intellectually curious and love to learn).

If you’re familiar with how the EU political union works, the fact of the matter is that every member state can decide who they want to let in.

Border control is decided by individual countries. Every country makes its own rules, not the EU. This announcement does not change anything about that. These are guidelines.

The countries have agreed (a majority vote, not a unanimous vote) on this common list of allowed nationalities, so in theory, almost all European countries will use this same list. But they are not obligated to do so, and some could definitely decide to let in different nationalities (or not let in).

This will complicate internal European border controls (since there are normally none), but it’s definitely a possibility (they’ve all acted separately since March already).

In short, with this list of allowed nationalities, the EU is trying to coordinate and unify travel restrictions to make things simpler. And it could very well turn out to be what every country in Europe decides to do, but it is not guaranteed.

Our upcoming map of entry restrictions for Canadians will show you clearly whether or not each country decides to allow Canadians in.

Another thing to keep in mind is that just because the country lets Canadians in doesn’t mean there aren’t conditions.

Our color-coded map will show those distinctions very clearly too.

Good planning is always the key to better (and cheaper) trips, but it’s now more true than ever.

You need to understand that every country can change its rules at any time. Even the EU’s list will be re-evaluated every 2 weeks, so just as we are allowed in now, we could be banned in just 2 weeks (unlikely, but you get the point: it’s not set in stone).

I don’t want to discourage you from traveling to Europe this summer, quite the contrary (I’m most likely going myself).

But you need to understand the next point, it’s the most important one.

The most important thing to understand

In short, the most important thing Canadian travelers need to understand is that things are changing very quickly and are very fluid.

Countries are just starting to reopen, and we’re awaiting the impact (if any) and we’re especially awaiting the finalization of every country’s plans to make sure that yes, you really are allowed in (and without conditions, hopefully).

And the main reason why Flytrippers is waiting a bit before recommending to travel is to confirm that countries who’ve reopened in the second half of June are not changing their minds and that things are looking good. So that those who reopen in July can really stay open.

That said, even when we do recommend traveling, sadly the reality for this summer (because it is all so new, after months of lockdown) is that you will have to book closer to departure and be comfortable with being flexible to change your destination at the last minute (being easygoing is always a great asset for a traveler anyway).

It’s a shame, but that’s the truth. We’d be doing you a disservice by pretending otherwise. Planning travel will be a bit more complicated, but still: that doesn’t mean you should rule out traveling this summer. Not at all.

I myself have flights to Europe booked on August 3rd, and I’m over 90% sure I’m going to be on that plane, barring major changes in the next 4 weeks. But will I stay in Turkey, where I am landing? Absolutely unclear; I will decide a few days before, that’s it. I’ll simply go where it’s safer and where it’s open. There are over 40 countries in Europe and internal flights are almost always under $100. I’m not too stressed out about that.

Learning to not stress out and to go with the flow will be very useful for all your future trips.

And complicated travel sure beats being stuck traveling nearby, at least in my personal opinion.

You can skip to the last section if you already understand, but so many people struggle with this, so it’s worth repeating.

If all of this is a bit complicated, the good news is that one thing is really simple to understand: there is only ONE THING that determines whether you CAN travel or not.

Just one. It literally cannot be any simpler:

That doesn’t mean you SHOULD travel; that’s a whole other topic. But many seem to confuse personal decisions with actual restrictions, so it’s important to understand that there is only one actual restriction: whether the country you are going to lets you in.

Now that’s the more complex question, the one that will depend on your own personal situation. We’ll cover it in great detail as we approach the moment when we’ll recommend traveling, in other words: probably very soon.

One of the major issues is travel insurance. We’ve found an insurer that covers everything except COVID-19 (detailed post to come), which is great news for those who are at a low risk of hospitalization if infected by the coronavirus.

That said, maybe the fact that Europe is reopening will lead Canada to finally lift the travel advisory, at least for safe countries (the advisory doesn’t keep you from traveling at all—remember, there is just ONE thing that does that—but it does have an impact on travel insurance).

It’s not impossible at all: Europe has many of the world’s developed countries and they are reopening to travel and recommending travel… so we can hope. If the travel advisory is lifted, then even COVID-19 could be covered by many insurers.

Hoewever, as Canada has extended the 14-day quarantine requirement (when returning) until August 31st, it seems unlikely that the advisory will be lifted. So that’s another aspect of your decision, since not everyone is lucky enough to work from home.

There are obviously many other factors to consider. But we’re even more optimistic than before. Don’t miss our important guide with everything you need to know.

Want to get all our content about starting to travel again?

The European Union has included Canada on its list of countries allowed in as external borders reopen. These are just recommendations, so it’s not guaranteed yet… but it’s looking very good for summer travel if you are able to be slightly flexible and easygoing.

Have any questions about border restrictions? Tell us in the comments below.