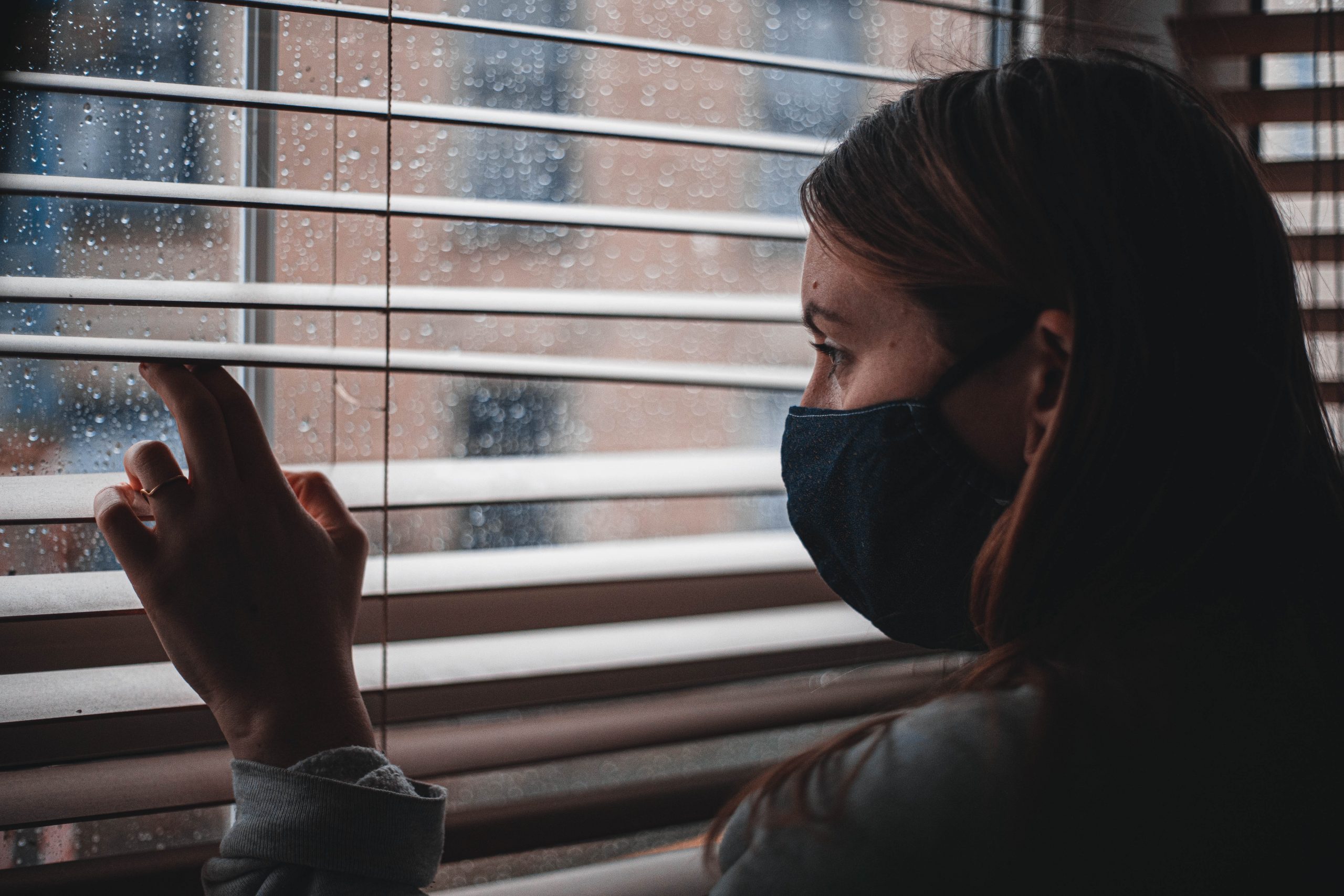 This is almost too ridiculous to be believable, but Flytrippers has now officially confirmed the information: air travelers who test positive on their test when arriving in Canada can leave their quarantine hotel and finish their isolation period at home!

Like all travel experts, we were already obviously completely convinced that the hotel quarantine program is utterly ineffective and was implemented only to appease the outrage and travel shaming in the media…

But now it is even clearer.

The fact is that virtually everyone in Canada who tests positive for COVID-19 in Canada can quarantine at home… because they are not travelers: travelers only accounted for 0.4% of all new COVID-19 cases in Canada in April 20211.

Those people are 100% all confirmed to be infected, a majority of them with variants of concern2 (while factually under 1.5% of travelers even test positive at all3)… and they can still quarantine at home with absolutely no surveillance…

Why can’t travelers do the same as soon as they arrive?

What is the science behind this?

The hotel quarantine is factually ineffective

I absolutely have to take a second to repeat this before I get into the details of this surprising new detail.

Because even if it is painfully obvious that Canada’s hotel quarantine program is a complete failure and a very ineffective measure (to absolutely everyone who knows anything about the topic)… many people still believe it is effective and good.

It is most definitely not.

The facts make this patently evident if you ignore the impulsive emotional response and consider them carefully.

Of course, to be very clear:

That is all completely beside the point.

There are 3 types of travelers:

1. The variants are definitely making their way in

They are exempt from all quarantine so the hotel quarantine does not protect Canadians from those in this group at all.

2. The measure arguably increases the risk for almost everyone who participates

The vast majority of non-exempt travelers follow the rules, as per the government’s own data. If anything, forcing them into a quarantine hotel where they are in contact with way more people than by going home alone (and where they are not even separated from regular non-quarantine guests during the transport, check-in, and on their way to their daily outdoor walks) is arguably riskier than letting them go home with zero contacts.

They were going to follow the rules, so the hotel quarantine does not protect Canadians from those in this group.

Yes, and of course that’s very bad. But think rationally for just one second. How is having them go into a hotel for 1 day going to change anything about that? It’s not. They’ll just not follow the rules 1 day later instead because a vast majority of travelers get their arrival test result after 1 day (and if not, it’s 3 days maximum). Or they will flat-out refuse to go to the hotel and just take the fine (except in Alberta an Quebec, where zero fines have even been issued despite the many who’ve just ignored the rule).

They won’t follow the rules more than they did before, so the hotel quarantine does not protect Canadians from those in this group.

A positive result changes nothing

So… up to this point, some could at least argue that with the quarantine hotel, you make sure that the tiny minority of travelers who do test positive don’t cause any outbreaks by keeping them in a hotel (although most didn’t even use that argument; instead they used the many that simply aren’t logical).

But no, that is not even what this hotel quarantine rule does!

Infected travelers are still allowed to go home. Yes, even if they test positive.

That’s how absurd this measure is.

We learned this after a few travelers wrote to us to share how they couldn’t believe that even after testing positive, they were simply sent home (just like every other traveler is after a negative test).

One quote we received was:

“What is even the point of the hotel quarantine then?”

So Flytrippers reached out to the Public Health Agency of Canada.

They confirmed: travelers who test positive for COVID-19 result on the arrival test can spend their mandatory period of isolation at home if their self-isolation plan is deemed suitable by authorities.

Exactly the same as those who test negative.

No need to even stay for the full 3 days at the hotel, as soon as the result is in, whether it is positive or negative: you can just go home…

A recent judgment from the Federal Court6 confirms this:

“Those who test positive are contacted by a Public Health Agency of Canada (PHAC) Quarantine Officer to verify that they continue to have a suitable isolation plan and are able to get there by a private mode of transportation.”

By the way, those who enter Canada by land can also use mass transit (even for 16 hours) to go home as soon as they enter… because travelers are such a risk to Canadians that they need to quarantine in a hotel — unless they arrive by land, in which case: no problem, they can go home right away.

The bottom line is that there is literally no logic or evidence behind this hotel quarantine measure.

In a Parliamentary committee hearing in February, the Public Health Agency was asked whether they had any evidence or data whatsoever to support this measure. None of the 6 people present could even come up with anything at all.

(Nothing has been provided in the 3 months since, either.)

Less than 2 weeks ago, they once again repeated what they’ve been saying all along (because that’s what the data has shown all along—and still shows): borders are not the problem, transmission within Canada is the problem7.

“At the end of the day, if you look at the actual risk in terms of importation, the actual number of cases with respect to people crossing the border… compared to what’s happening in the communities in many of the hardest-hit provinces, I think that’s where the public health focus has to be.”

The Public Health Agency of Canada is saying the focus should not be on the borders: that is what we have been saying for months, just like them. The data is clear.

Governments have extremely limited resources and investing so much effort, time, and money into this quarantine hotel program is factually a very bad use of resources.

Because it is ineffective!

One traveler who experienced this first-hand when entering Canada accepted to tell her story to Flytrippers, on condition of anonymity for fear of having issues with the government.

Here is what happened, in her own words:

“From when I got my positive test until 2 days later (our check-out time) I called more than 10 phone numbers. Quebec health, Red Cross, Switch Health, the COVID-19 line, the hotel line, the federal goverment. Each time I had to wait 25-30 minutes on the line and each of them gave me another phone number to call.”

As with almost every other travel-related measure implemented haphazardly and incompetently, it seems the process is once again very badly managed. Surprise.

She never got a straight answer. Her husband was with her and tested negative, so he went to the Public Health kiosk at the airport to ask what they should do to follow the rules.

“They said we should rent an Airbnb with 2 rooms and I should isolate as of now. No public transport allowed, no Uber or taxi, etc.”

This was a traveler who was quarantined in a different city than her final destination (they had a layover in Montreal) and so she couldn’t go home.

“So we found an Airbnb, gave them the address, they registered it in to the system. And that’s it. No calls, no visits since that time. We updated the ArriveCAN app, so they should know. No more tests required for me. My husband did his Day-8 test, we are free as soon on Day 14 if he gets a negative result.”

This does not surprise me, as I shared my own experience with the botched testing program. But apparently, the federal government doesn’t even follow up with the 1.5% of travelers who test positive about what they do after getting their result.

That’s some great surveillance there. But by all means, take their word for it when they say the quarantine hotel is the best way to keep Canadians safe. Don’t you dare question that idea, or anything they do.

Don’t ask them why they still haven’t provided any facts or data that support this extreme—and most importantly, ineffective—measure.

Canada’s hotel quarantine program is ineffective for many reasons. And it doesn’t even ensure that the 1.5% of travelers who test positive are isolated, as they are allowed to go home even if they are infected, exactly the same as those who test negative can do. There is then nothing stopping anyone from causing an outbreak, just like there is nothing stopping the 99.6% of infected Canadians who are not travelers… but are still all allowed to quarantine at home.

What do you think of this rule? Tell us in the comments below.