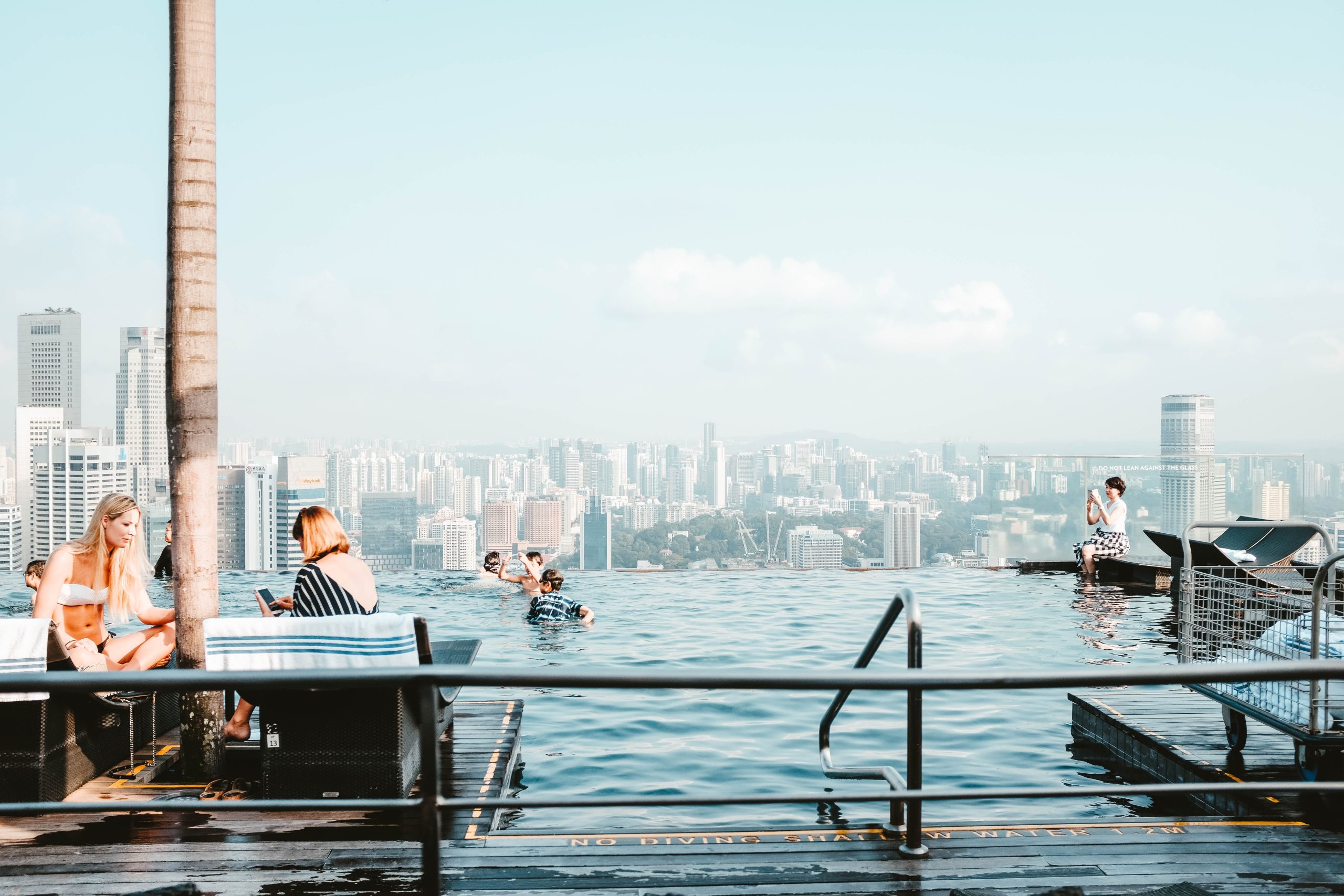 One of the best ways to find hotel deals, especially at the last minute when they’re more common, is to use opaque bookings. It gives you lower prices and often very good discounts by hiding the name of the hotel. But it’s very easy to find the name of secret hotels with these pro tips.

Here are the details of how to find the name of secret hotels offered at discounted rates (it also works for opaque rental car reservations).

Hotwire is one of my favorite tools, specializing in that kind of opaque bookings, which are secret discounted hotels (and rental cars too).

I encourage you to read our post explaining how Hotwire works for all the details; here, I’m only sharing the promised tip on how to bypass the opaque booking and how to find the name of the hotel or rental car company. 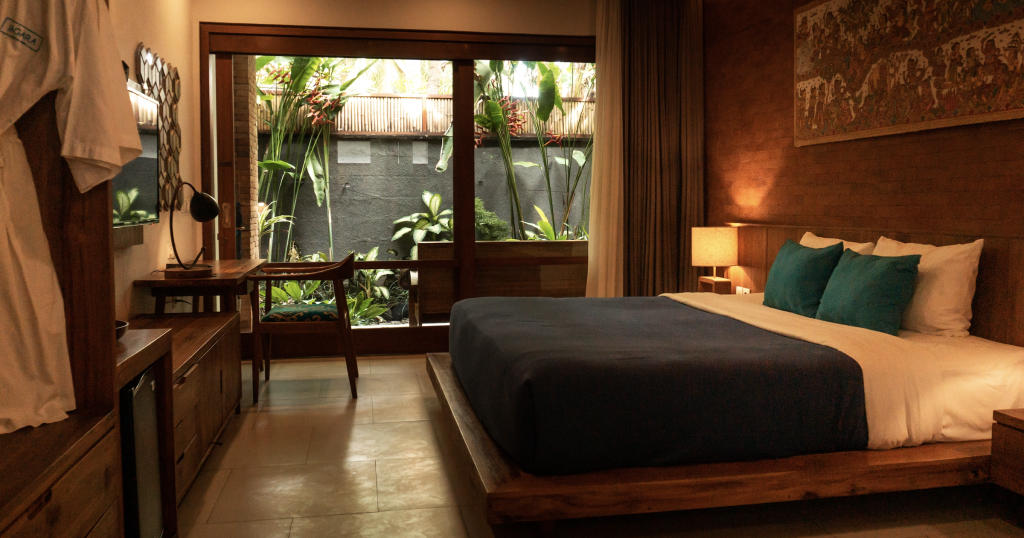 Finding the Hotwire hotel name allows you to make a much more informed decision. You can look at all the hotel’s details and decide if that discounted price is a good deal.

Here’s the Miami Beach example I showed you in the post on how Hotwire works.

There are 3 types of hints Hotwire will give you to help you figure out which hotel the opaque hotel deal is for.

In all cases, you just need to click on “What hotel will I get?” at the bottom to open up a tab with the hints.

Most often, they’ll tell you your hotel will be 1 of 3 specific hotels.

Hints with 3 specific hotels listed are really the easiest scenario to figure out which hotel it is.

So there are only 2 left in this specific case.

But in all cases, Hotwire displays the Hot Rate hotel’s precise Expedia customer review rating (Hotwire is part of the Expedia Group) and more specifically, the number of Expedia reviews too.

Then you can just open up Expedia and see which hotel among the 3 has:

There is often a slight difference in the exact number of reviews, as Hotwire probably doesn’t sync its review ratings in real-time, so Expedia might get new ones added or expired ones removed in the meantime, but it’s never a huge difference!

And as you’ll see in some of my screenshots when I took them, the ratings on Expedia were out of 5 like on Hotwire, but now it strangely seems to be out of 10 just 2 days later. What are the chances they just changed that… Anyway, you can just multiply the Hotwire rating by 2, which gives you a rating out of 10, easy as that.

In the above example for Miami Beach, you can easily find which one of the 3 hotel options has that many reviews and the same rating.

How? By entering the hotel name directly in the Expedia search tool (instead of writing Miami Beach and having to search for the 3 specifically in the hundreds of options that show up).

Let’s say we start with the Ithaca of South Beach Hotel.

It only has 630 reviews, far from 976. Definitely not the right one (plus in this case, it’s not available on Expedia that night — another good hint but this rarely happens; just rely on the rating and the number of reviews, it’s enough).

But you can see that the Cavalier Hotel South Beach has a very similar number of reviews as your secret hotel (1,001 instead of 976), and the same rating of 4.1/5!

Voilà! You know this is the hotel you’ll get at a discounted price on Hotwire.

You can look at the hotel pictures that Hotwire provides and compare them to the Expedia pictures to double-check and make sure it’s the right hotel, on top of the location on the map.

But hey, you can see that the photo at the bottom right corner is exactly the same as the one of the Hotwire secret hotel and the location is the same too!

Sometimes, Hotwire doesn’t give you 3 specific hotels but guarantees 1 of 4 listed hotel brands.

(Another trick that doesn’t always work, but sometimes it does: change the date of your Hotwire search and then put the right date back: sometimes 2 of the 4 listed brands will have changed for example, so that just leaves you 2 possible choices instead of 4!)

With this type of hint, it’s a little harder to figure out which it is, but again, you have the number of reviews and the review rating.

So the same trick works; the only thing is that you have to sort through the whole list of Expedia results to find hotels of these brands and see which of the Omni, Hyatt, Sheraton, or Hilton hotels have a rating of 3.5 out of 5 and this approximate number of reviews.

But another tip is to use the Expedia sorting filter for reviews, as you know which range it is from Hotwire. Here, I would use 3.5+ to remove irrelevant hotels and make the search easier (or 7+ if it is out of 10).

Then, just like on any web page, you can hold down the Ctrl key and then press the letter F on your keyboard to search for Hilton.

Make sure you first go to the very bottom of the Expedia results to get all the results to load by clicking on “Show More,” because Ctrl + F obviously can’t search for anything that doesn’t appear on the page.

So you can once again find the actual hotel relatively simply.

In this case, there were a lot of Hilton hotels, so it was a bit more work. But only one had a rating of 3.5/5 and a number of reviews that is very similar, the Hilton Cabana Miami Beach.

So again, by double-checking the pictures, you can see the same very unique blue pattern on the bed as for the Hot Rate hotel (the 3rd picture here), so there you go.

I haven’t seen that often at all in my experience, I had to work hard to find an example for this post.

Even then, you have the number of reviews and the exact rating so… it’s not rocket science. It just requires more effort.

Hotwire seems to give you this kind of hint for destinations with more limited choices too, so it’s still not too long to find the hotel name.

Here, I sorted by ratings of 9+ on Expedia, which left only a few options in the area shown on the map with the secret hotel’s location.

The number of reviews is still quite different (1,143 instead of 1,316) but the rating is the same, the location is right, and even if it’s not exactly the same picture, the ceiling and bed are quite distinctive too.

Because you don’t even have to go anywhere other than Hotwire to find it and because there aren’t that many rental car providers (compared to the hundreds of hotels in Miami Beach).

So it’s all about the number of reviews and the rating again.

This Hot Rate car rental had a 6.6/10 rating and 374 reviews, and these are Hotwire‘s reviews and ratings directly (not Expedia‘s)!

So just below within the regular Hotwire results (those that aren’t Hot Rate opaque deals), you can see which rental car provider has a 6.6 rating and 374 reviews, and you know that’s who you’re renting with.

Scrolling down a bit, you’ll see that the Dollar car rental company also has a 6.6/10 rating and precisely 374 reviews… Let’s just say it’s not very opaque or secret at all!

It’s just a secret for those who really don’t know something that simple! Another of the many, many examples of how easy it is to save money and travel better when you know the pro tips.

It’s really that simple! In 2 seconds, you save $11 per day for that absolutely identical rental car booked with the same provider.

We’ll soon have some great tips on rental cars, because quite candidly, it’s one area where many travelers get scammed. It’s definitely not the most trustworthy of industries, to stay polite.

In short, even though I’m absolutely not someone who’s scared and unnecessarily cautious that believes in all the scare tactics some see, for rental cars, I personally NEVER rent with anyone other than the big national brands. I’ll explain more in a post about that too of course.

Want to receive all of our pro tips to travel more for less?

With this pro tip on figuring out who the hotel or rental car provider is on Hotwire‘s Hot Rate deals, you can save tons of money on last-minute bookings, while making sure you get something that suits you.

What would you like to know about how to find the name of Hotwire hotels? Tell us in the comments below.