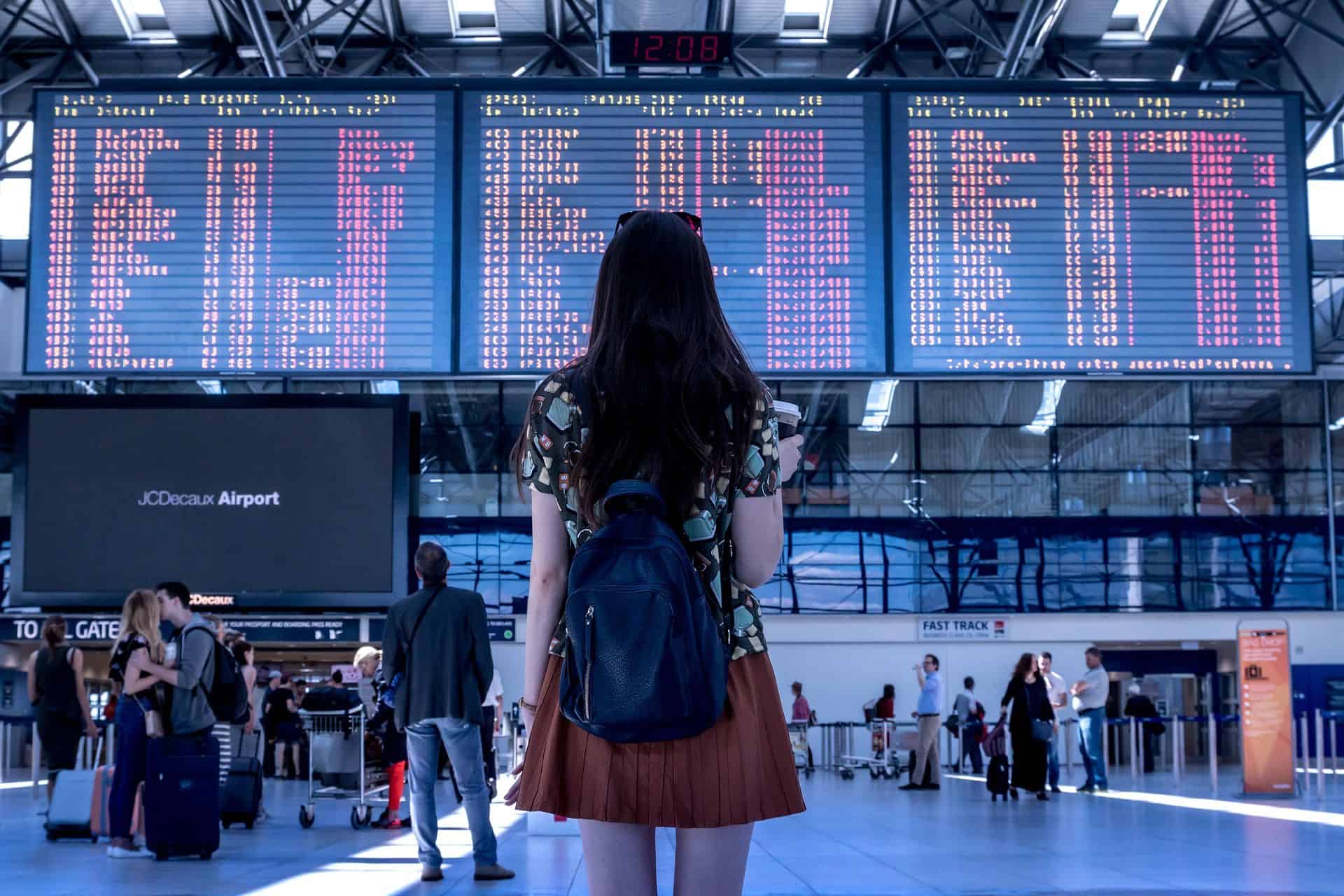 A lot of people are surprised that there aren’t any deals to Europe in the peak month of July. It should be obvious that you won’t find as many deals, no matter the destination, smack in the middle of the busy summer season. However, there is a time in summer that is by far the best to save on travel.

Most people take the majority of their vacation weeks during the summer season. Is that the best strategy if you want to travel, well, of course not, but many don’t have much of a choice.

For those who do choose to go on vacation in summer, and are then surprised to see that flights are expensive (and that deals on our cheap flights deals page are more rare), there is a trick you should know about.

There’s a period in summer that is definitely better than all the others for those who want to fly anywhere.

If you don’t have any restrictions (read: kids who need to start school), there’s absolutely no reason not to plan your vacation at the end of August.

First of all, let’s be clear about something when you want to save on travel

The weather is actually just as nice at the end of August in almost all destinations, except maybe in the Caribbean where there is a hurricane season. Almost everywhere, it will be as hot as in July, it’s still very much summer.

And before getting into the main argument, which is obviously saving money in case you hadn’t caught on yet (it’s our mission to help you save money at Flytrippers), well think about the crowds and how busy everything is in July: avoiding some of that in August is another big plus!

It’s not very complicated: when more people want to travel at a certain period, the prices will be much higher.

READ ALSO: How to Find The Cheapest Dates For Your Flight

And we’re not just talking about the plane tickets (although that’s where the difference will be the easiest to see), but also everything else, especially accommodations.

And in case you didn’t know, a lot of people travel in July or early August, because their vacation weeks aren’t flexible and it’s their only choice. So obviously you won’t find many deals during this period.

However, the end of August is a whole other story.

Sometimes half the price

Starting around August 20th, almost all destinations are discounted compared to July, even compared to the “regular” price. And with our deals, it can easily be half off!

Deals are very rare in July, and when there are any, it’s often for destinations that are a bit less popular. Again, it’s quite logical… there are so many people on vacation in July who want to go to popular destination (like Europe), airlines will never need to discount these.

So, in terms of flight deals, the difference couldn’t be any clearer. As rare as they are in July, in late August there are so many great ones that can help you save on travel.

Just to illustrate, let’s take a popular Montreal-Paris flight, which we often find for $400 roundtrip for all other times of the year except summer. The price in July can be anywhere from $1,000 to $1,500.

So, let’s take a very conservative example at $1,100, since many dates are much higher than that in July. And by the way, if you haven’t read the article about how flight prices work, just a reminder that this is only an example since plane ticket prices change constantly.

Even with this conservative example, you’d save $350 per ticket. That’s $700 for a couple. Just on flights. Like I said earlier, flight to Europe in the fall or spring are often only $400-$450. So you’d save enough money to literally go to Europe once more later in the year or just fly somewhere else basically free, thanks to your savings.

There’s also the fact that average hotel rooms could easily be only $150 a night in late August instead of $200 in July, for the exact same reasons as plane tickets.

And obviously, if you don’t need the savings for another plane ticket, just by moving your vacations to late August, you could keep hundreds of dollars in your pockets for other uses or even to splurge on nicer hotels during the trip or more activities.

So, the same trip, the same budget, but a much nicer experience in late August (and don’t forger the shorter wait times and smaller crowds mentioned earlier, another way to enjoy the trip even more).

Read also: Why Flights Are So Expensive in Canada

These are just examples, but these destinations would never be on sale in July and are at least hundreds of dollars more expensive a month earlier.

How To Save Money on Flights

We will be sharing a very interesting and detailed article soon about how to save money on flights, it’s really not as complicated as you might think.

So here’s a scoop before that article is published: when buying a plane ticket, you have three options… and you can only choose two of them. 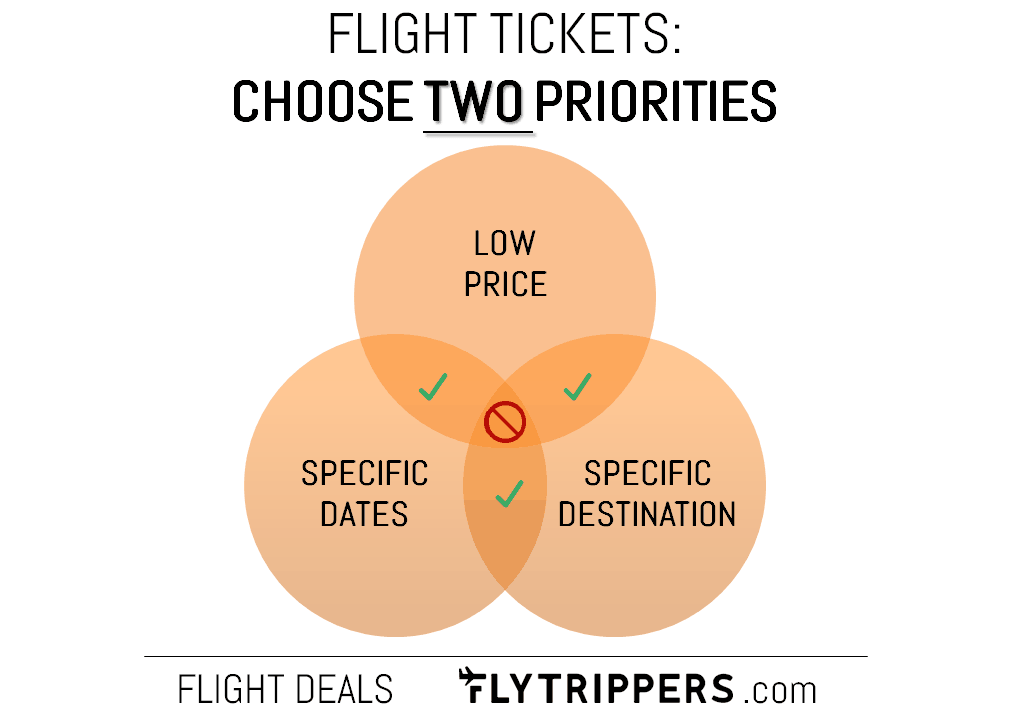 If your dates are fixed in the summer, you can choose between finding a low price (and low is relative since summer is the most expensive time of the year to travel obviously) or you can choose to go to a specific destination.

Sorry, but that’s just how it is. If you absolutely want to go in Greece in peak July… you’ll likely have to pay an expensive price.

So to find cheap prices, use:

Sometimes a lot of people don’t even have any restrictions in terms of selecting a time to go on vacation and choose to take time off in July by habit or because they don’t know that there is a better time. If you don’t plan on flying, it’s quite alright. But if you want to travel in summer and save on travel, you should consider this!

And you? When do you choose to go on vacation?
Tell us in the comments below!

Help us spread the word about our flight deals and and how to save on travel by sharing this article and most importantly bookmark Flytrippers so we can help you navigate the world of low-cost travel!

How Far in Advance Should You Book Your Flight?

Workers In This Airport Will Be Wearing Helmets

CONFIRMED: No More 14-Day Quarantine In Canada (On One Condition…)