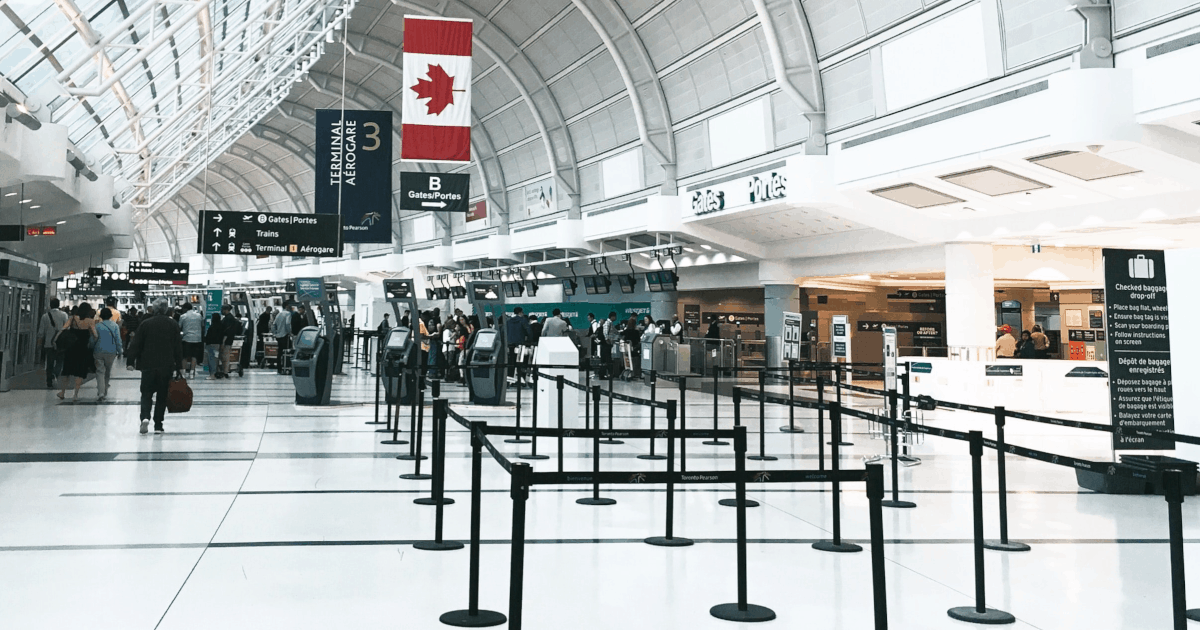 Since it was not very clear, even for us travel experts, and since you had many questions about this issue, we were able to get information to give you an update about transits through the US and the EU… and about exiting some countries that are on lockdown.

In our in-depth article yesterday about 4 tips on how to get back to Canada if you’re stuck abroad, I told you that one thing wasn’t quite clear: whether or not Canadians were allowed to simply transit through the United States or the European Union.

The thing is, both of those jurisdictions have closed their borders to foreigners. But whether that included transits or not wasn’t explicit.

We also gave you examples of ways to get out of most countries, but for some countries that are on lockdown, it was hard to find a solution.

So thanks to a source at Global Affairs Canada’s emergency assistance line, we can give you an update (that’s why it’s important that you follow tip #1 we gave you yesterday if you’re stuck abroad).

And for transits, it’s good news for once. In the other case, it’s not so good.

After speaking with emergency consular assistance’s phone line, here is the good news.

In the EU, Canadians are allowed to transit. One of our readers had told us that she had made her way out of Sri Lanka via Paris, but we wanted it to be official before we shared this info with you.

As for the US, Canadians should also be allowed to transit, as long as they haven’t been to Europe in the past 14 days.

That said, in both cases, this is dependent on the specific airline allowing you onboard.

Some specific agents are unfortunately not well informed about the actual rule, which is quite common, or an airline hasn’t updated its information. For example, we have heard of data points with United Airlines not allowing Canadians to transit in the US because of the border closing.

So you should definitely double-check with the airline to make sure you’ll be allowed to board.

In the world of travel reward points, we have a popular technique called “HUCA” or “Hang Up, Call Again.” It’s that since program rules are often complex, it happens very often that the agent you talk to doesn’t know the rules. I have encountered this myself many times.

Well, the unprecedented entry restriction rules that have appeared in the past week might just be the only thing that makes airline reward program rules seem simple!

The other thing we talked about is the few countries where we weren’t able to find flights out of, no matter the price.

For example, Morocco, Ecuador, and a few others.

In these cases, since borders are closed entirely, or all flights have been canceled, we obtained a confirmation that there is no way around it as of now.

Canadians should isolate as recommended by local authorities, and monitor the situation to be able to get a flight out as soon as things change and borders are re-opened.

The option to transit in the US and the EU is still available for Canadians, in theory. Check with the airline. And if you’re in a country that is on lockdown with no flights at all, patience is required.

Want to be the first to get our content about the coronavirus impact on Canadian travelers?

When Can You Travel? When Will International Travel Be Simpler?

Illogical? The Government Is Offering $1,000 To Travelers Returning To Canada (Even Non-Essential Travelers)