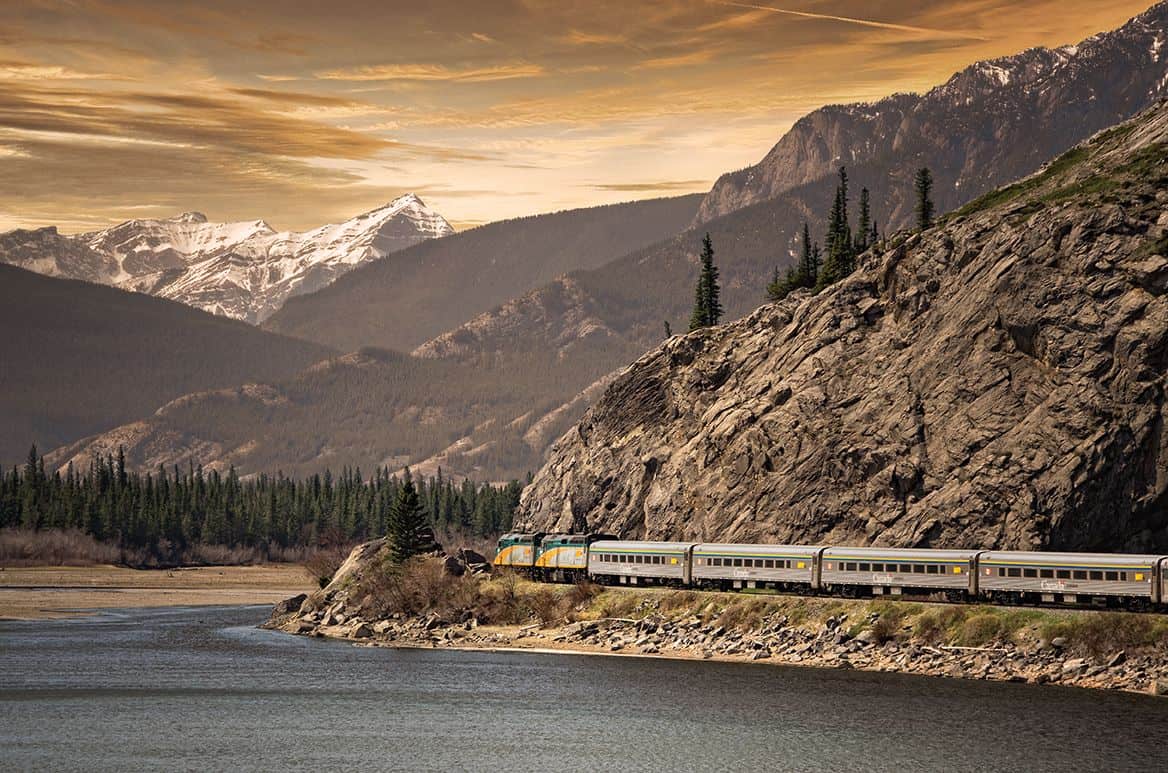 Do you want to experience a memorable coast-to-coast train trip? For VIA Rail’s 40th anniversary, you could win one of 40 free trips across Canada, but the giveaway ends soon.

Sure, our number one passion is flying. That’s why we spot the best airfare deals every day on our cheap flight deals page, for 9 Canadian cities. However, traveling is always fun no matter how you do it, and trains happen to be pretty cool too… even if they are rarely affordable on long distances in Canada (in Europe and Asia, that’s a whole other story).

Last year, a few lucky young Canadians were able to ride the rails across Canada at a low price. You might remember, we had shared the details of a VIA Rail promotion for Canada 150: a special pass for unlimited summer train travel for just $150.

That was such an insane deal, especially knowing that you can often pay that same price for a short train ride (like my many sub-3-hour Montreal-Quebec City train trips that were often over $100 when I traveled for work, before Flytrippers was my work that is).

Our article (and the promo itself) was extremely popular obviously, every one who saw this price could have predicted that the excitement for that offer would be crazy. Well, everyone but VIA Rail apparently, as they did seem kind of caught off guard by it and had to scale back the promo and heavily limit it.

Anyway, this year’s deal is still pretty cool, even if it doesn’t included unlimited travel: you could win one of 40 coast-to-coast trips.

Canada’s national rail service, VIA Rail, is celebrating its 40th anniversary this year.

In honor of the milestone, they are giving away special tickets that will allow you to travel all across Canada.

The anniversary ticket is made of upcycled steel… steel that comes from a retired train truck that traveled over 6 million kilometers since VIA Rail’s launch, the equivalent of 1,000 journeys across Canada.

This ticket is the giveaway prize: it gives you a free trip on any VIA Rail route, for you and one friend. There are 40 prizes to win across the country. The giveaway ends next Sunday, so enter today on VIA Rail’s website.

If you win, the route we recommend is obviously the coast-to-coast trip from Halifax to Vancouver, or vice-versa. If you live in one of the cities on the itinerary, you’d in fact start from home, head to one of the two coasts, then go all across Canada, then go back home.

That itinerary would be the best way to maximize your free trip, and maximizing things is what we love to do. You would see all of Canada, it would be a truly epic trip, that’s the least we can say. The only time I personally took a sleeper-train was between Bulgaria and Turkey, and even though it was very short, it was still a unique experience!

You can check out this promotional video for the giveaway, that explains the significance of the steel ticket:

Now that would be an epic summer trip! From coast-to-coast, without having to drive or spend money on gas! Hurry up and enter before the contest closes. Have you ever been on a long-distance train? Did you enjoy it?

My 1,000 Kilometer 35-Hour Train Journey Across Zimbabwe And Botswana

17 regions to visit in Germany (to enjoy unlimited trains at 9€… or not!)