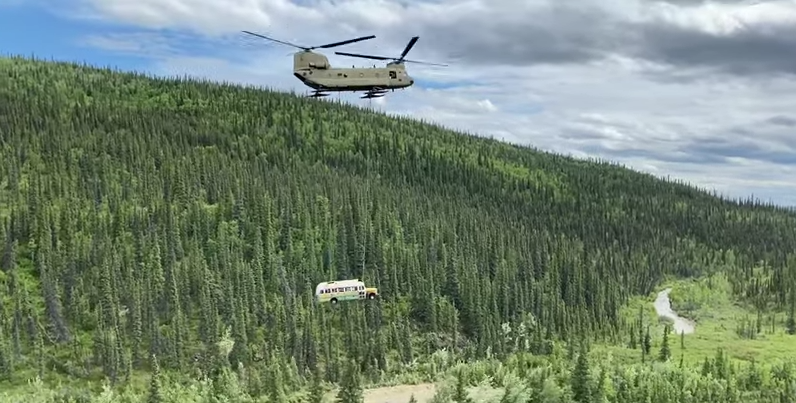 Those who read “Into The Wild” (or saw the film adaptation) will surely remember the abandoned bus in the Alaskan wilderness, where the main character hides out during his crazy journey. Last week, the bus was finally removed by the authorities to avoid more deaths.

And the video is pretty impressive.

The story of “Into The Wild”

Did you know that the “Into The Wild” book is based on a true story?

Yes, a young American called Chris McCandless really did leave everything behind to try and survive (unsuccessfully) in the Alaskan wilderness. He was unfortunately very ill-prepared and was found dead in this abandoned bus, at the end of the very remote Stampede Trail.

The bus was even on the book’s cover: 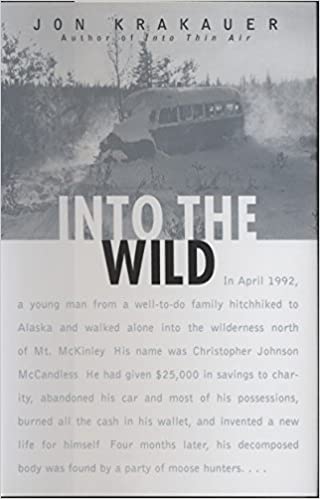 The international best-seller was adapted into a popular film in 2007 (currently available on Netflix). 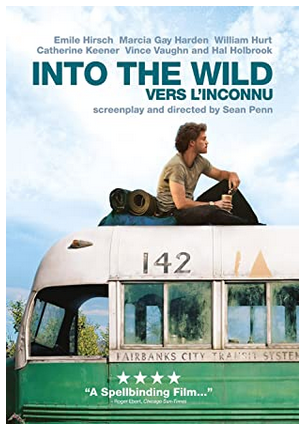 The problem with the bus

Since the story became so popular and well-known, the so-called “Magic Bus” became some sort of iconic spot for adventurers or those who simply were touched by the story and the idea of leaving everything behind to live in nature, far from everything.

The problem is that at least two more hikers died while trying to make their way to this very hard-to-reach place, where conditions are very difficult.

Alaska authorities said they also had to put themselves at risk countless times to rescue others who were trying to get there, so they decided to remove the bus. There have been at least 15 significant rescue missions in the past few years because of the bus, including one earlier in 2020 when 5 Italian tourists had to be rescued.

The officials declared that it was “bittersweet” for them, as they realize that the bus is part of the region’s history and heritage, but they believe safety must come first.

Located near Denali National Park, an original way to remove the bus was required. The 1940s bus had been taken there when the trail was more of a road in the 1960s.

The National Guard decided to use a helicopter to remove the bus and take it to a secure location, until Alaska decides if it should be exposed somewhere that is easier to reach.

In theory, both of us Flytrippers co-founders have our plane tickets to Alaska for November, but I’m not sure we would’ve tried to go see the bus anyway. We will certainly check out Denali National Park, home of North America’s highest peak.

The bus made famous by the “Into The Wild” book has been removed from its location in a remote corner of the Alaska wilderness to avoid causing more deaths.

Have you read the book or seen the film? Tell us in the comments below.