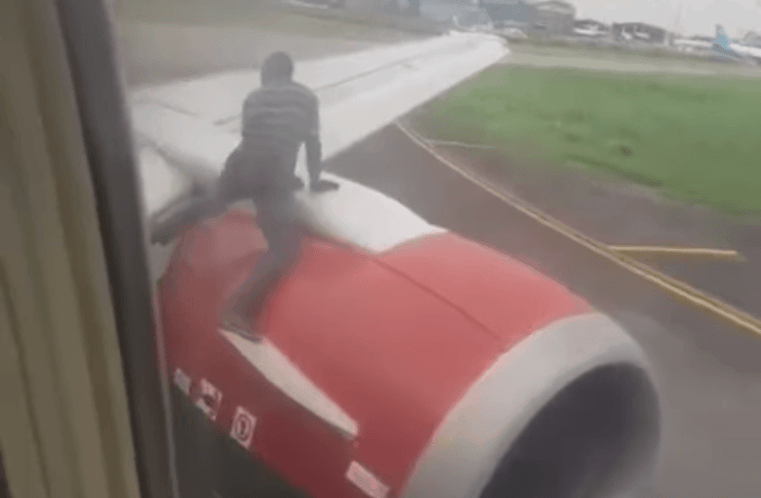 Many crazy things happen in airports (as they do in most busy public places) but they get way more attention given how special airports are. Sometimes, however, we have a hard time wrapping our mind around them and can’t help but share with you.

Our mission is here at Flytrippers is to help all Canadians travel more for less. We know that many people aren’t as experienced in the world of travel, but with our many upcoming guides and tips, hopefully they’ll be able to book a discounted flight on our cheap flight deals page and explore the world more confidently.

Travel hacks and shortcuts can make people feel like the smartest travelers ever. But sometimes, other passengers are not as informed and end up losing money (very frequent) or breaking airport rules and putting themselves and/or others in danger (thankfully that’s way less frequent).

With that being said, here are two videos showing how not to board a plane.

In Lagos, Nigeria, one passenger somehow really believed that by climbing onto the aircraft wing, he would be allowed to board…

As the pilot was getting the plane ready to take off, he noticed a man approaching the aircraft. The man then jumped onto the wing, causing panic and confusion among the passengers. He even stored his carry-on luggage in the engine! The pilot had to stop the engines so that the intruder wouldn’t get sucked in. He was then taken into custody.

A few days later, Lagos Airport announced that they would be installing perimeter fences, which is something pretty much every major airport is supposed to have… apparently they didn’t have any there.

Here’s an even more bizarre boarding attempt: via the baggage conveyor belt.

A viral video shows a confused woman stepping onto the conveyor belt in Istanbul, hoping it would conveniently take her to her aircraft. The woman, who’s probably a first-time flyer, soon loses balance and falls on her backside.

Luckily for her, the airport staff eventually stopped the belt, and she never made it to the other side full of bulky checked bags.

To board your flight, you are better off sticking to the usual process of checking in online and heading straight for the security check. And if you don’t know what you are supposed to do, just simply ask instead of doing something stupid.

Have you ever witnessed a crazy moment like these at an airport? Share it with us in the comments below!

Being Infected By The Coronavirus: My Experience