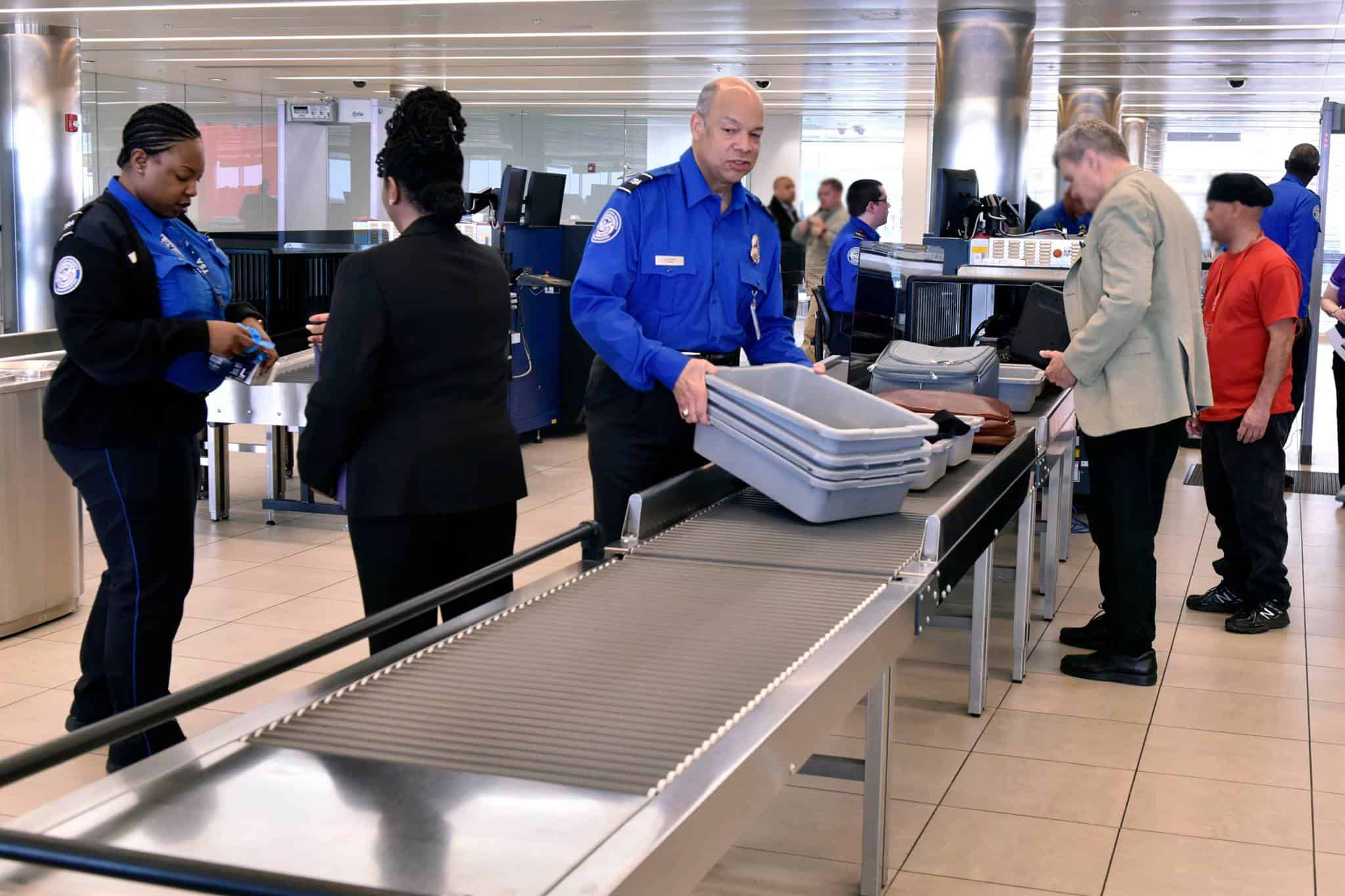 The TSA (Transportation Security Administration), the agency in charge of security in American airports, has proposed completely eliminating security checkpoints in 34% of US airports.

This huge news broke last week, and pretty much everyone was caught off guard. The most popular destinations on our cheap flight deals page are often in the US and it is by far the country Canadian travelers visit the most.

So you are probably familiar with the TSA agents dressed in blue that staff the security checkpoints before you board a flight in the US.

Well, those security checkpoints could be completely eliminated in 150 airports if their proposal is implemented.

Really. No more airport security. This isn’t fake news. It’s hard to imagine, but this is a real proposal.

And in fact, it is not as crazy as it seems… but it most likely won’t happen anyway.

Last week, CNN obtained internal TSA files detailing this proposal to completely remove all security checkpoints in 150 of the 440 US airports.

These 150 airports would be the smallest ones, those served only by airplanes with 60 seats or less: essentially all small regional airports.

This plan would only affect 10,000 passengers per day (which might seem like a lot, but that’s only 0.5% of all air passengers in the US).

These passengers would have no security to go through at all, at least until they reach a larger airport (if they have a connection that is).

Their goal is to save money: these small airports cost a disproportionately large sum (very small number of passengers, high costs for the TSA). Like I said: 34% of airports for only 0.5% of passengers.

They would reinvest these savings into improved security at the larger airports. By the way, the estimated savings would apparently be only $115M per year, which doesn’t seem that significant given the TSA’s $8B budget in 2018.

Is This Proposal That Crazy?

The news is causing quite a stir in the US and a lot of people can’t believe it. It’s true that at first glance, it seems completely crazy. However, initial reactions are often emotional and impulsive…

Is that the case here? One thing is for sure, the proposal has been met with a lot of outrage! 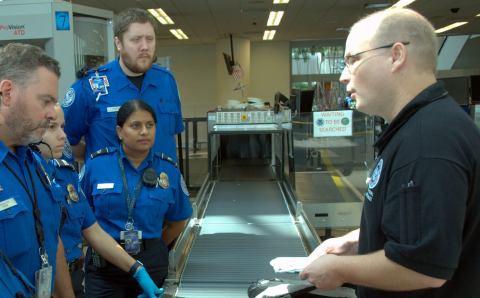 As you can see, we still haven’t changed our mind on that one, even though everyone seemed to be against it… it’s still irrational to be against ending the ban on small knives, since there were already knives onboard.

So, is it irrational to be scared of the lack of security checkpoints in small airports?

A lot less, for sure. But still, a bit… when you look at it closely.

There are absolutely no security checkpoints for most other transportation modes. Subways, trains, buses. Trains carry much more passengers than most small commercial airplanes and on top of that, they usually travel smack in the middle of dense downtown areas. For example, in Montreal the Central Station is literally under a huge building.

Also, the TSA’s incompetence in terms of detection is well documented: every year, tests show that about 80 to 95% of weapons and prohibited item are not detected by the TSA. Yes, you read that right. That gives them a 5% success rate in some years.

There is no data in Canada, but at the risk of sounding pessimistic, unless we have developed an extraordinary expertise (that weirdly hasn’t been shared with our Southern neighbors), it’s probably similar here.

The Benefit Of Airport Security

It’s all about perception, since a plane isn’t the same as a subway or a train to many. But if one of those was targeted by people with bad intentions, the result would be just as horrible.

So it’s not the same as the knife ban (which is actually harmful since it distracts agents from actual threats): security checkpoints do have deterrent effect that can’t hurt.

That deterrent effect is pretty much the only use though, as I said earlier, the TSA’s actual stats on prohibited items isn’t very reassuring.

In short, the reason we have security checkpoints in all airports is mostly to discourage people with bad intentions, and also to reassure travelers. And the first of those two points alone is probably reason enough to keep all checkpoints in the eyes of most people!

Before we tell you why these proposed changes probably won’t happen anyway, another alternative to this proposal, according to many experts, would be to privatize security at these smaller airports. That model is fairly popular in Europe and could generate savings by giving more flexibility to adapt to smaller volumes of passengers (because yes, in case you didn’t know, in the public sector things are often quite rigid, which doesn’t work well with small airports).

Why It Probably Won’t Happen

We believe you don’t have to worry too much, as it is very likely that this proposal will be discarded. That’s what happened in 2011 when the TSA first considered it.

Especially since the US is the only place in the world where the small knife ban remains in effect, to reassure passengers (it’s certainly not to keep flights safer, because it doesn’t).

So we would be very surprised if the US government accepts this proposal that seems even more extreme to most casual observers. Whether the facts support that or not is besides the point. To reassure travelers, security checkpoints are probably not going away in the US, just like they kept the ban on small knives (and that one doesn’t make sense).

There is always some risk, everywhere. But for most people, the thought of a plane being attacked (even if it is a small plane carrying 60 passengers or less) is much scarier than an incident in a packed subway car or intercity train.

The impact of the air travel industry (which I must remind you, is extremely safe for travelers) would be very bad… even if it was a small airplane.

That’s why this proposal is very controversial and even unthinkable for some… and why it most likely will remain just that: a proposal.

The TSA proposal to remove security checkpoints in small airports might be dangerous… or it might not be at all… but the fact is, it most likely won’t happen anyway.

What do you think about the proposal?

You’ll probably enjoy this article:
How To Get A Full Row Of Seats