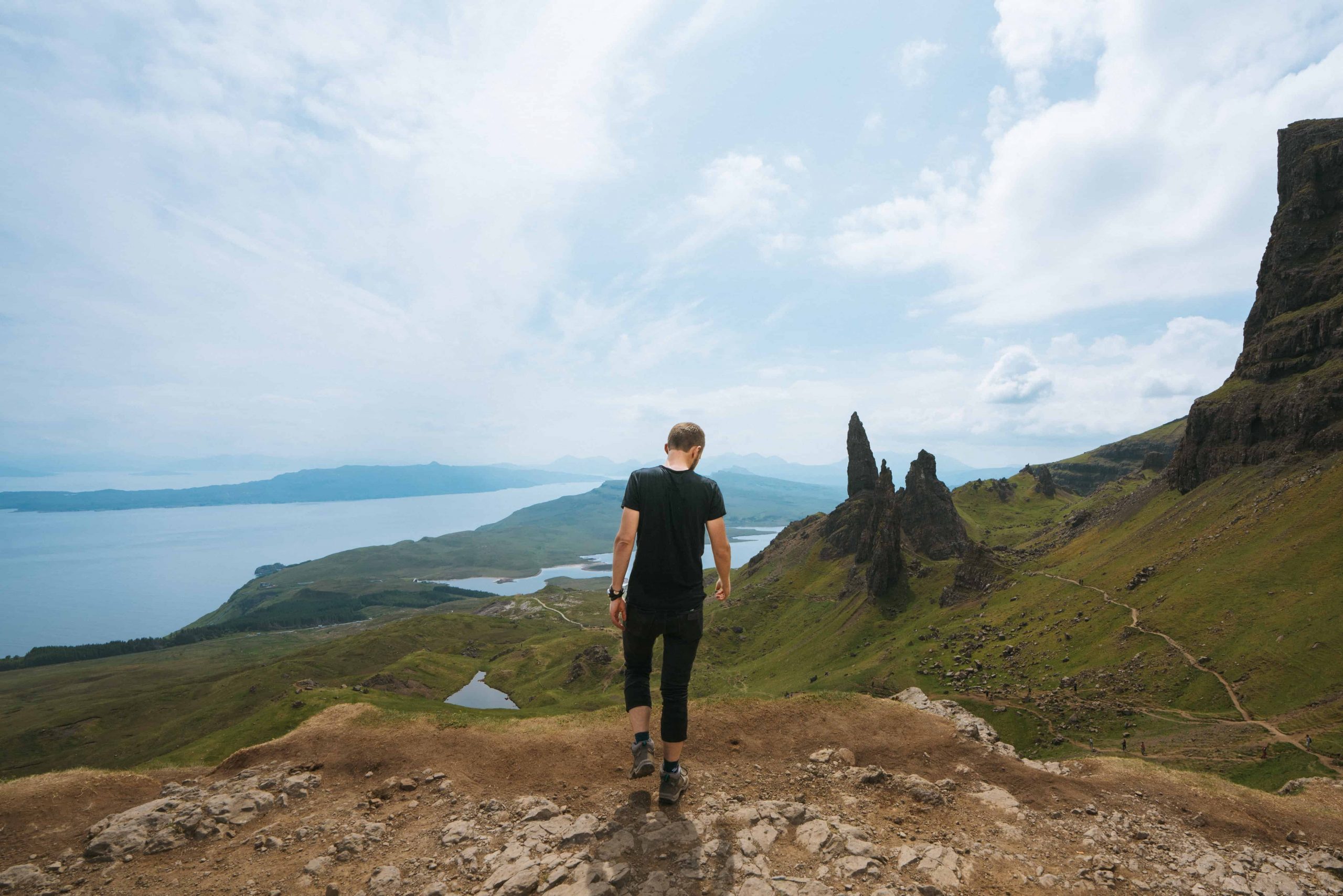 With Brexit, the British coronavirus variant, and the insignificant royal bickering, the British nation has been in the news a lot recently. It seems a lot of people are quite confused by the different names that are related to this iconic country across the pond, so let’s explain the difference between the United Kingdom, England, Great Britain, and the British Isles. No, they don’t mean the same thing at all.

People often confuse these terms and, for example, say “England” when they’re actually talking about the “United Kingdom.” And we feel like those who love to travel and explore our world should love to learn more about our world too (we sure do!).

So let’s clear up this confusion, and the next time your travel across the Atlantic with our super-cheap Flytrippers flight deals, you will know exactly what each term actually means.

Here’s a photo of an iconic spot in the UK, in England, in Great Britain, and in the British Isles… but all 4 terms are still very different.

In short, the United Kingdom and England are political terms:

Great Britain and the British Isles are geographic terms:

It’s pretty simple once you know it, after all!

London is in England, which is a part of the country called the United Kingdom. This part is located on the island of Great Britain, which is one of the British Isles.

In other words, all of England is in the UK: England is a subdivision of the UK. But there are other parts of the UK that aren’t England.

And Great Britain is the island where England and other parts of the UK are located. But there are other British Isles around Great Britain, some of which are part of the UK—but not all.

Let’s look at each term in more detail.

Politically speaking, the UK is a sovereign country, comprised of 4 constituent countries.

The fact that these 4 are called countries instead of provinces or states might be what leads to confusion. These 4 are not independent countries: the UK is what we all know as a country. The UK is the one represented at the United Nations.

Here are the 4 main subdivisions of the UK (and the island where they are located):

The UK’s full name is actually the “United Kingdom of Great Britain and Northern Ireland.”

You might not know this, but the United Kingdom’s flag, the famous Union Jack, is actually a layering of the historic flags of Ireland, Scotland, and England (sorry, Wales). 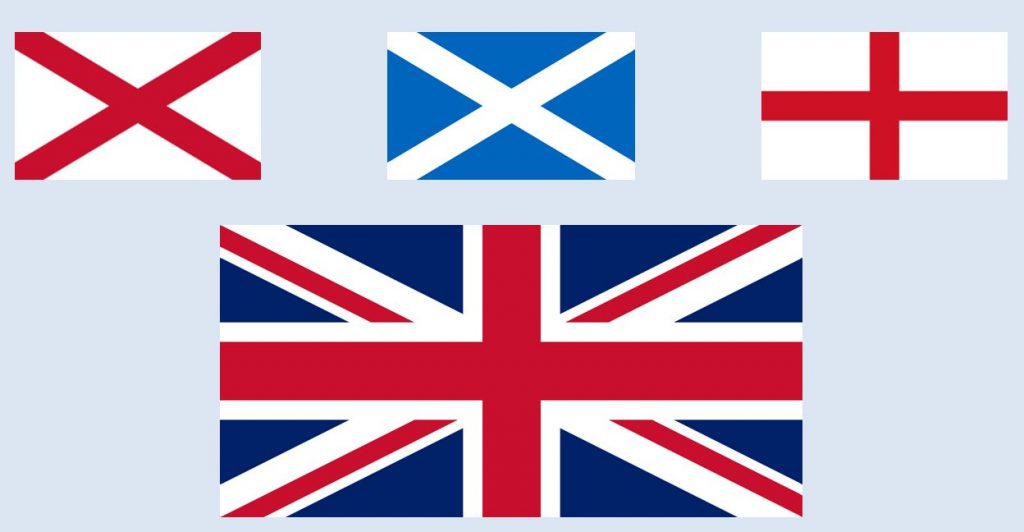 Each subdivision has some autonomy in its political matters, but all of them are bound to the Crown. However, each one retains its local identity and language.

For example, the official language of the UK, overall, is English, but Welsh is also an official language in Wales. And Scotland is so different that they held a referendum on independence in 2014 (and might succeed in the next one due to Brexit). Finally, Northern Ireland is also culturally pretty distinct from the 3 other parts of the UK since it is on a different island.

What most people think of when they think of “the UK” and “Great Britain” is indeed England.

It is the largest and most populous subdivision in the UK. London, the capital and major metropolis, is in England (as are the 3 other largest metropolitan areas in the UK: Manchester, Birmingham, and Leeds-Bradford).

England is obviously the birthplace of the English language and is famous for its rich history, fine literature, Stonehenge, iconic architecture, infinite number of crowded pubs… and the myth of everlasting rainy weather.

We’ll have a post about this soon… but it’s a good reminder that just because you think something is true, that doesn’t mean the facts agree. It’s a good lesson that should already have been learned by all those who’ve explored the world and seen that what most people think of most places is not always accurate…

Great Britain (or just Britain) is a purely geographic term: it’s just the name of the largest European island, located in the North Atlantic Ocean, northwest of continental Europe.

It is the part of the United Kingdom consisting of England, Scotland, and Wales.

What might lead to confusion is that the demonym for citizens of the UK is “British” because “United Kingdomers” doesn’t sound great. It’s not unlike how “Americans” is also derived from a geographic term that isn’t entirely accurate for the corresponding country.

Great Britain is just one of the British Isles (the largest one).

The British Isles is also a geographical term. It refers to the entire group of islands located in the northwestern part of Europe.

The archipelago consists of more than 6,000 islands, but the 2 main ones are:

What is the difference between the United Kingdom, England, Great Britain, and the British Isles? Some are political terms while others are geographic terms. The sovereign country is the United Kingdom: England is just one part of the UK (albeit the main one). The group of islands where the UK is located is called the British Isles, and Great Britain is simply one of those islands (the biggest one).

Have you confused these terms before? But more importantly, have you visited any of these places? Tell us in the comments below!