Since tomorrow is Canada Day, we wanted to share something a bit quirky about airfares in Alberta. Did you know that for the same price, you can either fly from Calgary to Prince Rupert… or to Hawaii!

Just to give you an idea of how expensive it really is and how flight prices don’t correlate with the distance flown, we wanted to show you that for the same price as flying from Calgary to Prince Rupert… you can actually fly from Calgary to Hawaii!

Yes, really! Calgary-Prince Rupert flights are regularly priced at around $500-$600 roundtrip (and obviously even higher if you wait at the last minute, as is always the case for non-leisure destinations).

Yes, Hawaii. If you are flexible on your dates and wait for one of our deals, it’s very easy to fly there for $500 to $600 roundtrip (being flexible really is the key to saving money on flights, it’s really quite simple… more on that in an article soon).

As you probably figured, even without knowing where Prince Rupert is exactly… Hawaii is much further away. 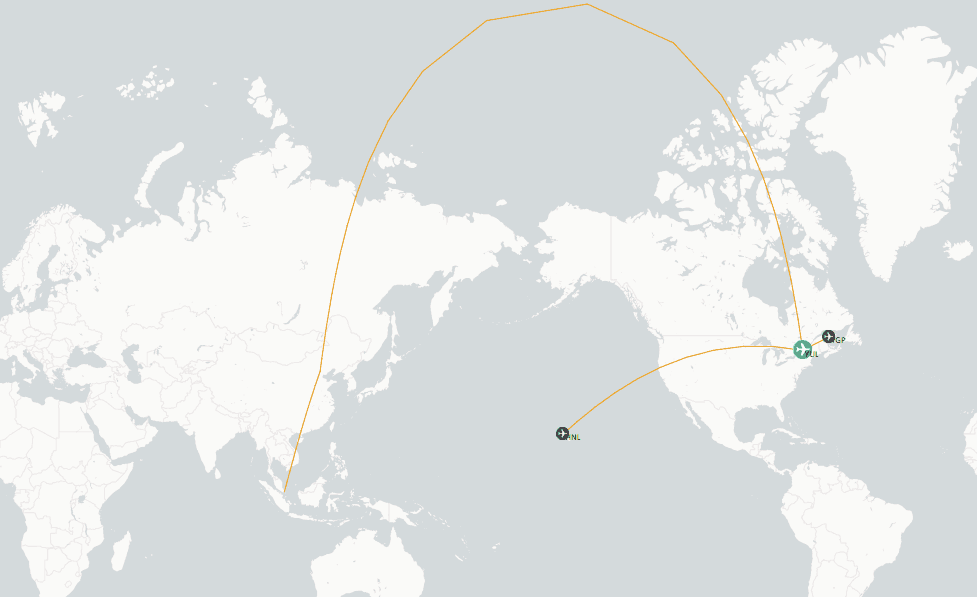 So with all due respect to the Gaspésie region (it looks beautiful)… given the choice between both… for the same price… I’ll choose Hawaii 11 times out of 10. Same goes for Prince Rupert or any other smaller community that is so expensive to fly to.