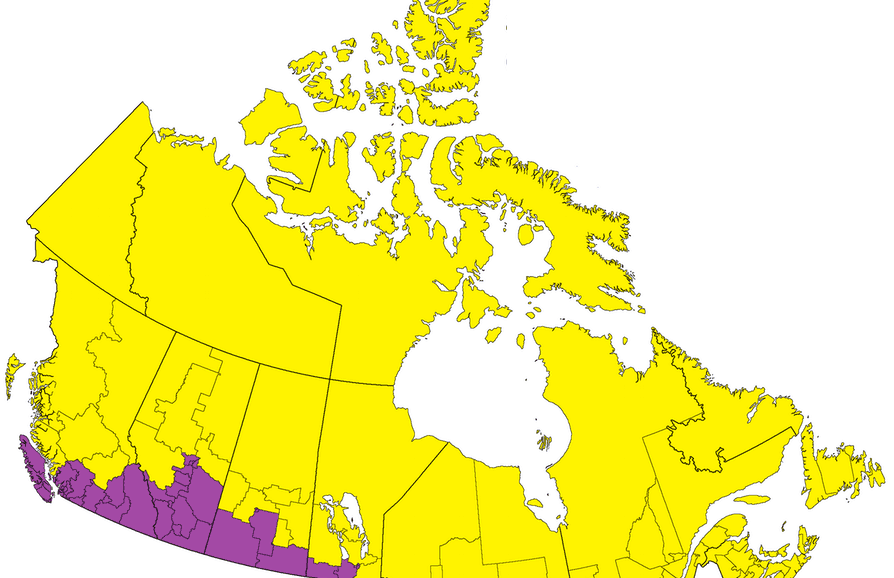 As Canada Day approaches, here is a very interesting map that will remind you how huge our country is… and how sparsely populated it is.

Often people ask us why flights within Canada are so expensive (and why Canadian destinations aren’t featured as frequently on our cheap flight deals page)… and they (wrongly) assume that Canada’s size is the only reason.

Of course, it doesn’t help. But the fact is most of that area is pretty much empty, almost nobody lives there. Our country’s populated parts aren’t as vast and has a much more reasonable land area… although it is a bit uneven and stretched out in an elongated form.

So here are 6 maps that are very interesting to better visualize our world!

You probably already know that Canada has a very low population density, but this map makes it very easy to see.

A website called Visual Capitalist shared this map that shows Canada split into 4 evenly populated sections, meaning each coloured section has one-quarter of the population. 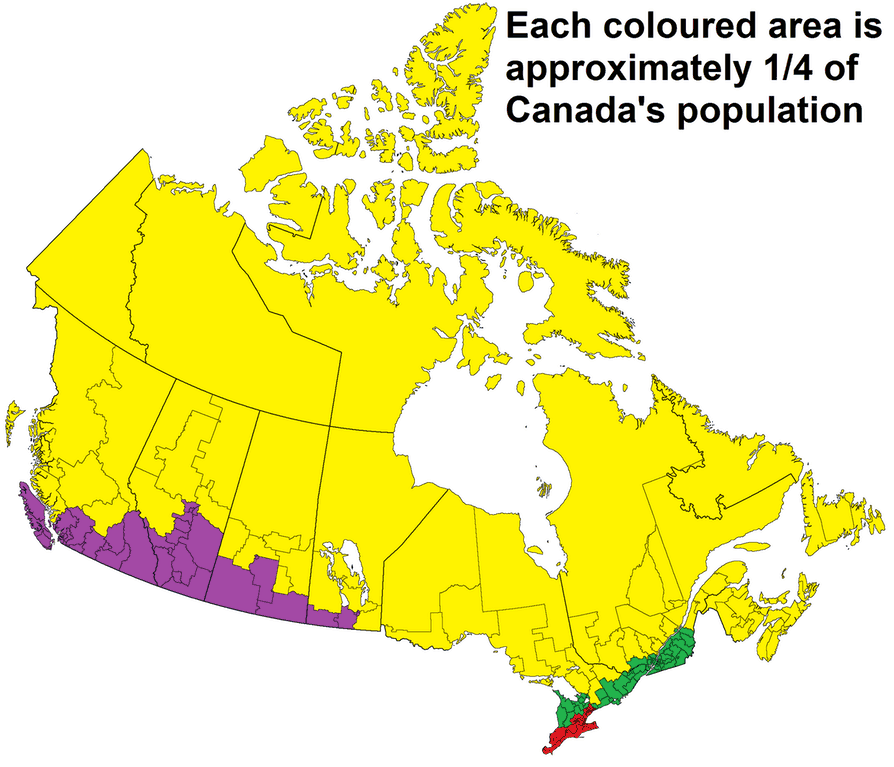 So yes, Canada is huge. But knowing that about 90% of our population lives within 100 miles (161 kilometers) of the US border, it’s misleading to look at just our size.

By the way, I would like to remind you that maps grossly exaggerate Canada’s size too.

In short, if you exclude the 10% of our population that takes up all the parts of Canada that are more over 100 miles from the US border, our country isn’t as low-density as you might think… and the above map shows that quite clearly.

Speaking of the US, their 4 sections are much more equal. Sure, they have areas that are less densely populated, but overall looking at their 4 coloured sections, it seems more balanced. 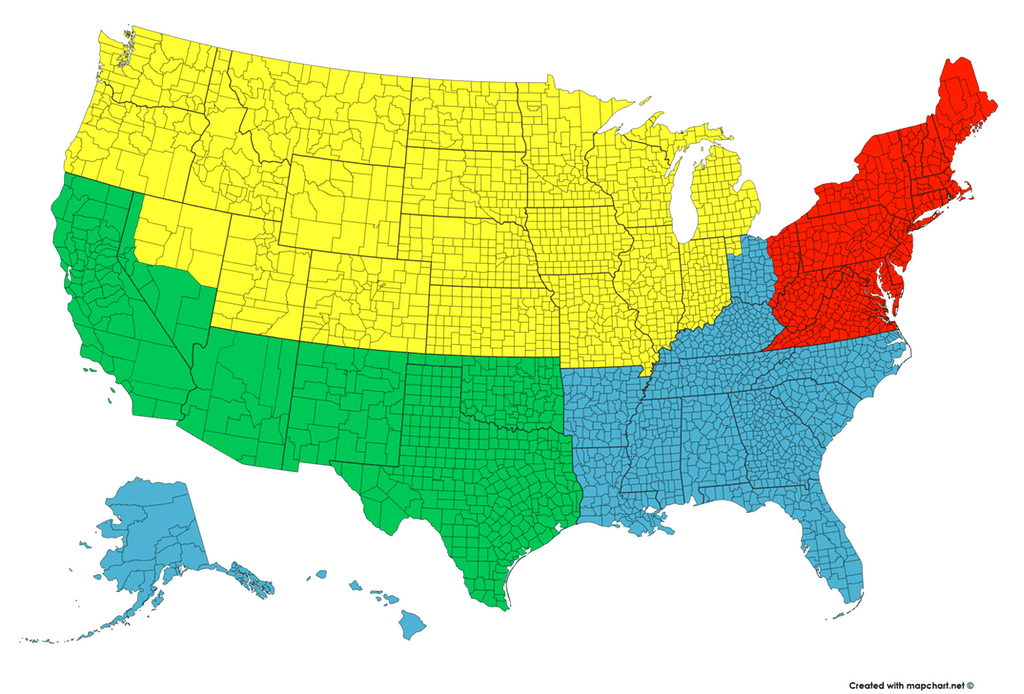 It’s a whole other story for their most populated state though. By the way, California’s population is higher than Canada as a whole. 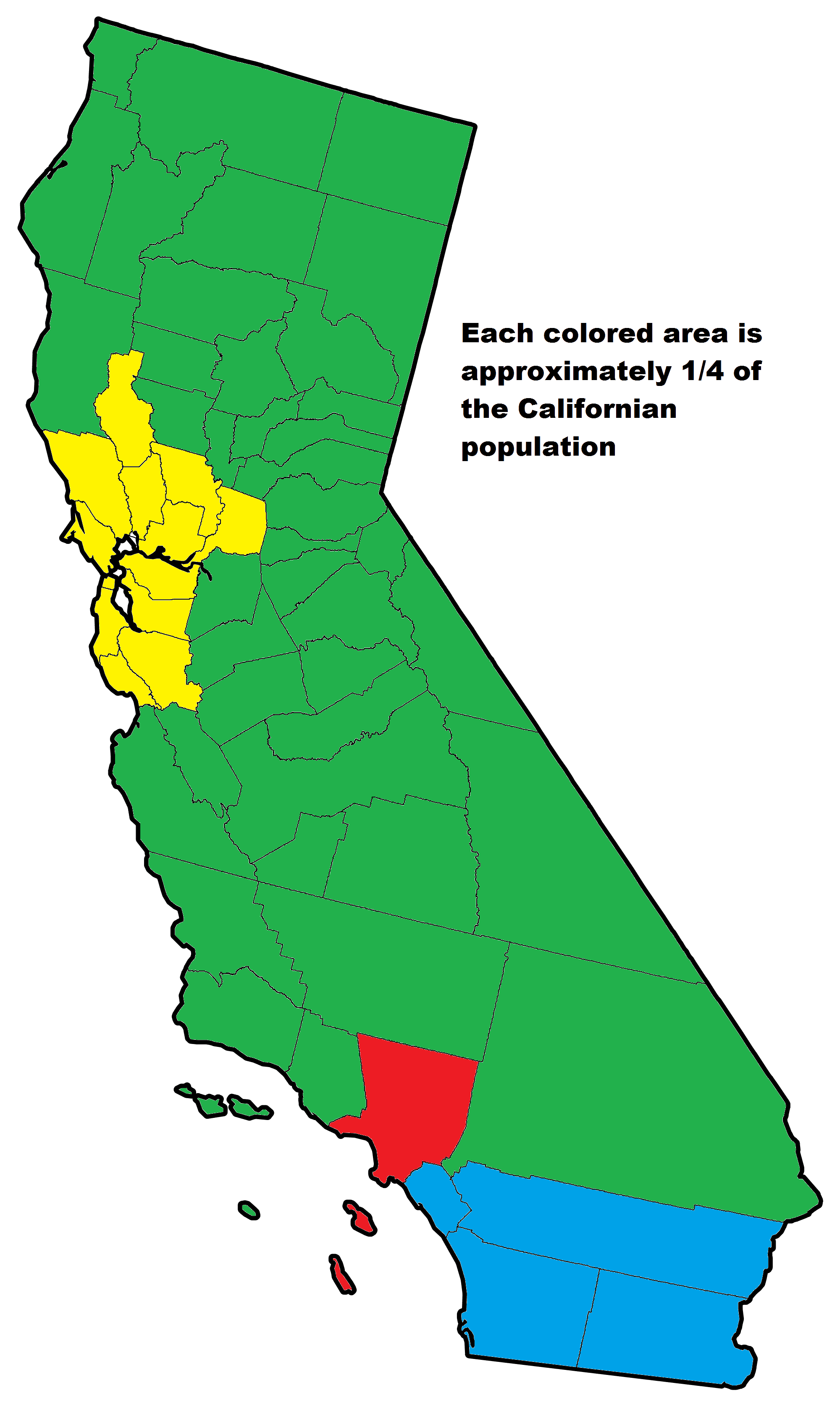 The 4 evenly populated sections are far from being similar in size.

Particularly interesting is the red part, Los Angeles County, which has the same population as the 3 other coloured sections of California.

But even worse, and this upcoming map is the only one from a different source (it is from Reddit) and not split into 4 quarters, Los Angeles County is very dense even compared to entire States. 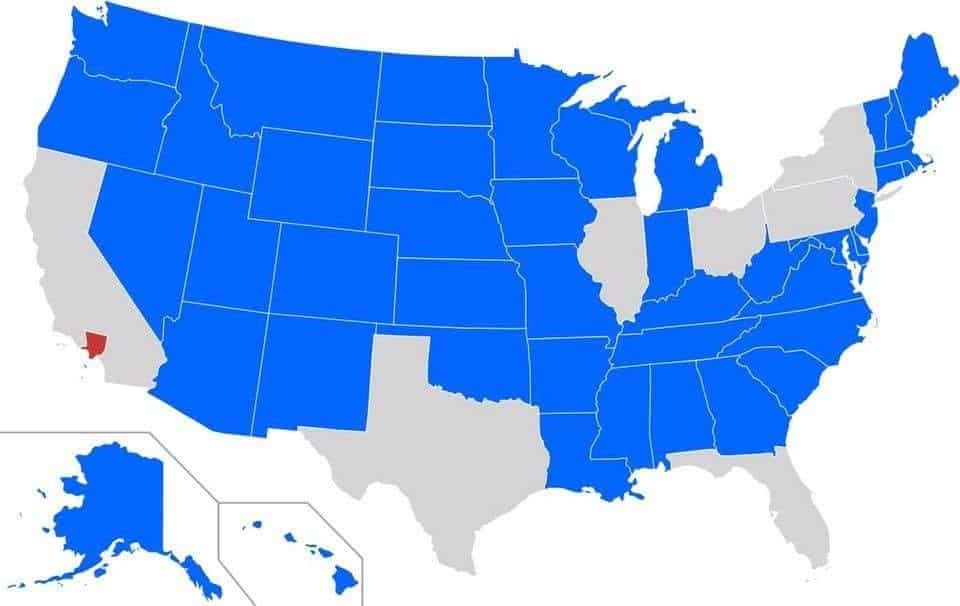 Back to maps of 4 evenly split sections, here is another than country that more closely resembles Canada. 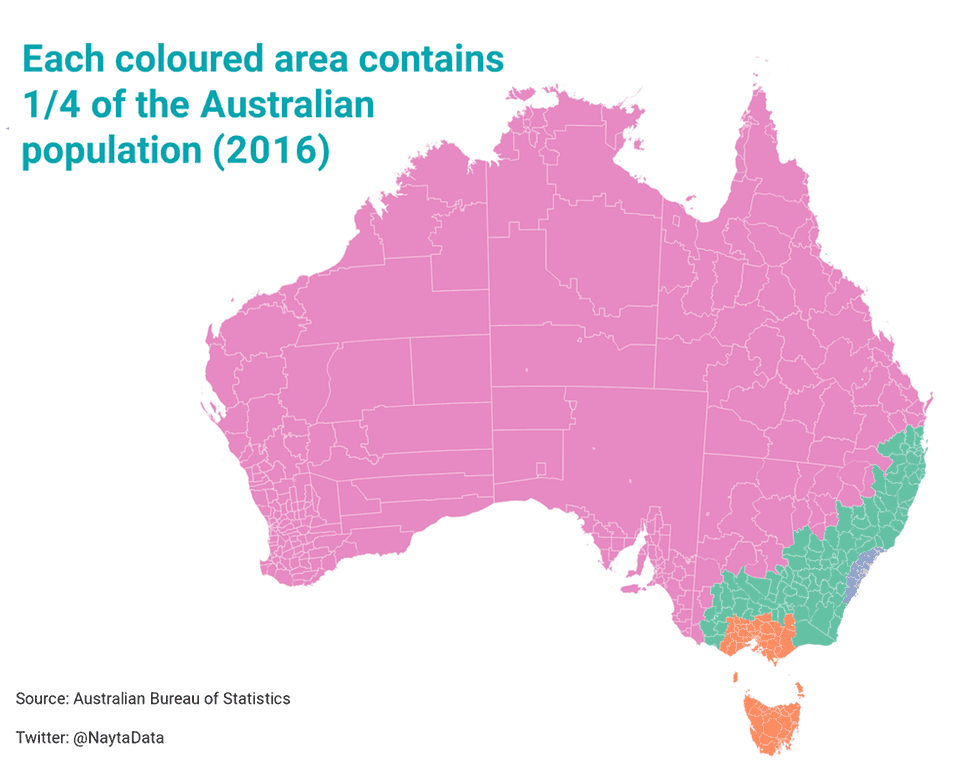 Australia is dominated by Sydney and Melbourne. And the surrounding area. Everything else is very sparsely populated.

Last one, Chile. A country with a very unusual and elongated form.

As you can see, both extremities have fewer inhabitants, but more striking is that a quarter of the population lives in the capital, in red. Which is often the case in smaller countries actually, especially in Europe where one city dominates a country.

Here are a few maps that illustrate our world and allow us to see it a bit differently than on standard maps. Or at least that make us realize that maps don’t tell the whole story!

You’ll probably enjoy this article:
How To Find Cheap Accommodations When Traveling

A Map With the Most Popular Attraction of Each US State

A Map Of Cities With The Most Airbnb Listings