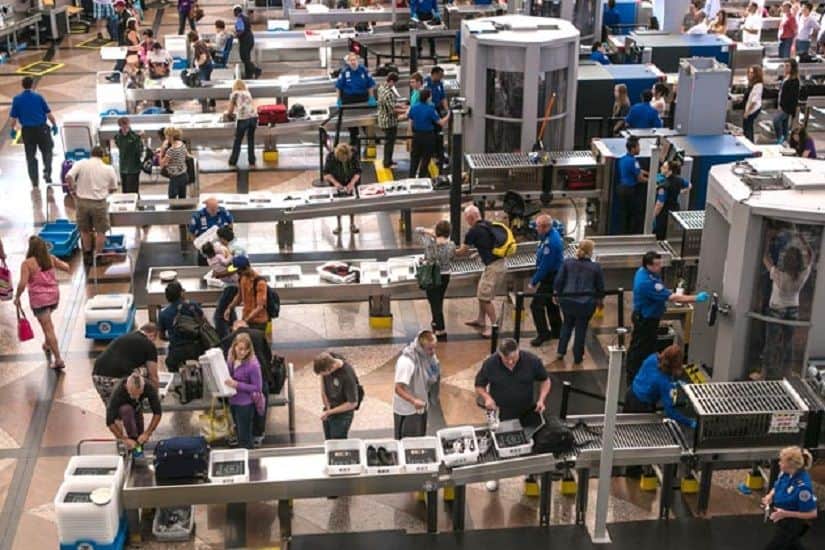 The United States are one of the most popular destinations among Canadians who like low-cost flights, and since we’re in the middle of summer, many are right about to board the plane towards our Southern neighbor.

It is very important to know that important changes in security measures are now in effect since Wednesday for all flights departing from Canada and heading to the United States, which many of you have found on our flight deals page.

Whether you are going to California or Florida, or even if you are just transiting throught the US on a flight towards Mexico, South America or anywhere else, you should be aware of these new rules to avoid missing your flight.

READ ALSO: Why Are Flight Prices So High in Canada

By the way, it’s really nothing to be worried about, and maybe the impact of these changes will be very small after all, but since it’s new, it’s better to play it safe and prepare in advance if you are leaving soon. We will keep you up to date by updating this article when the real impact will be known in the next few days.

A few weeks ago, US President Donald Trump declared that the security measures for every international flight entering the United States would be reinforced on July 19th.

These are not very specific rules from flights departing from Canada, but rather a Department of Homeland Security policy which applies to each and every international flight, of which there are more than 2,000 per day.

These new rules forced Air Canada and WestJet to post a notice for their passengers to be at the airport at least 2 hours before their flight.

READ ALSO: Air Canada or WestJet? Which one is the best Canadian airline?

Personally, the thing that I love the most about leaving from airports across the US border to go to Florida (from Niagara Falls for Toronto, Ogdensburg for Ottawa, Plattsburgh for Montreal and Bellingham for Vancouver) is to be able to arrive only one hour before my flight. But I am also well aware that most people already play it much sager and arrive in advance, so arriving two hours in advance may not be such a big change after all.

The delay is to allow the staff to apply the new “enhanced” security measures, even though what it will change concretely is unclear. We are speaking of “enhanced screening procedures” and more thorough inspections of electronic devices (tablets and laptops), which could cause a longer wait in line. 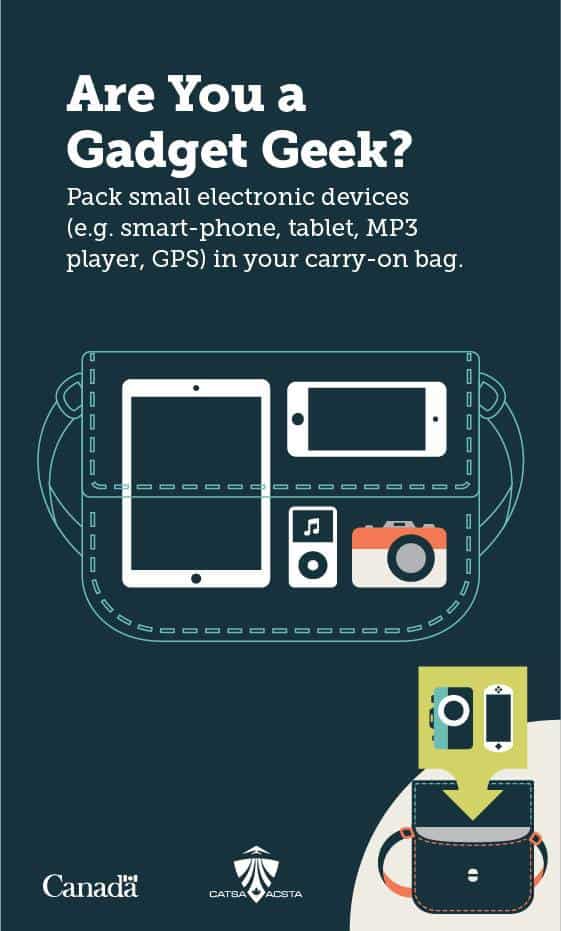 By the way, for those more or less used to airport security and who slow down the queue, here is a useful reminder: your laptop and tablet must be easily accessible because you always have to take them out and put them in a separate bin, with nothing else inside it. You must also remove any cases and covers. Smaller devices can stay in your bag, there’s no need to take them out.

Our intern Laurence just left Canada for New York this week and told us that the authorities really put a strong emphasis on electronic devices, asking her password to open her computer and doing explosives tests on each device. So yes, this can definitely slow down quite a bit the process. Make sure that your devices are charged because the security personnel must be able to open them to see if they work. It’s therefore quite thorough in terms of new measures, such an attention to detail… We’ll see if it’s going to stay this way or if it’s simply for the first few days since it’s a new policy.

When I was in line to renew my passport last week, a lady asked me if I had been to the US since Trump was elected since she said she was scared it would be harder to cross the border.

Sure, there have been stories in the media of people having a hard time, but that was maybe 5-6 instances in six months. About 300,000 people cross the border by car every single day. So don’t worry. I crossed the border by car five times in the past months without noticing anything different, although with these new security measures, you might see a difference when flying. But then again, I’ve taken 11 US domestic flights as well since Trump was elected, again, nothing has really changed on that side at least.

So just arrive a bit earlier than you normally would and you should be just fine. General tips to make the process quicker: always check-in online to avoid avoidable queues and most importantly always try to pack light and travel without a checked bag. That will speed things up a lot.

Don’t miss my upcoming article on a great way (and cheap) way to accelerate the security and customs process. Follow our blog for a lot of other great tips.

The new rules shouldn’t change the process that much, but until we know more, make your way to the airports with a little bit more wiggle room than usual, just to be safe.

Have you heard from someone who has been through the US this week? Tell us in the comments!

Ultra Low-Cost Carriers For Travelers In The Toronto Area

5 Reasons Why Hostels Are Awesome (And Why I LOVE Hostels)