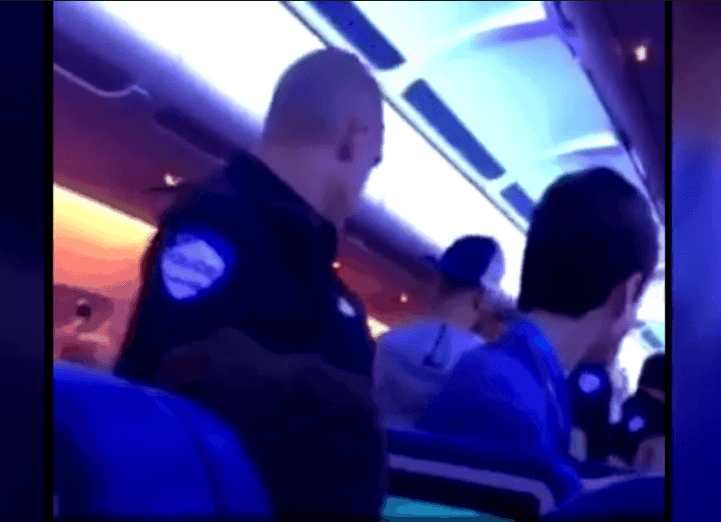 There have been quite a few air travel-related stories in the past days, so here is the essential you need to know to be up to date with the unusual events… and as always, please share with us what you think in the comments !

Even though our primary mission is to find great discounted airplane tickets (which we do every day on our flight deals page), many of you have mentioned being interested in getting other great travel content, so here’s an overview of a few unusual stories that happened in the air this week.

Two Candians ejected from flight for partying too hard

Either way, these two young passengers clearly didn’t read our advice about partying in planes and thought it was a great idea to board a flight (and a long one at that) completely drunk.

And they weren’t just unpleasant: they were apparently aggressive towards the crew and were acting innapropriately.

The plane headed to Greece had to be diverted back to Montreal, where police was waiting for the offenders. As they should. Because this kind of behaviour has no place on airplanes and security must always be a priority.

What do you think about this? Have you ever had experiences with drunk passengers? Please share with all of us in the comments below!

To travel is to learn to discover other cultures, other beliefs. And most of the time it’s a very rewarding experience isn’t it. Well, except when that belief is that throwing coins into a jet engine helps your luck.

What an excellent idea! Everyone loves when their flight is delayed for hours right?

Obviously, that’s what happened, as the engine had to be inspected thoroughly. Again, security comes first on airplanes and needless to say, it’s better to avoid having metal pieces inside an engine.

By the way, each commercial jet engine cost between 10 and 40 million, so these are complex machines.

And if you haven’t had the chance to travel much to Asia and even some airports in Europe and you’re wondering how the lady was able to that, just know that in many places passengers board the plane without a jetbridge, directly from the tarmac, even on large commercial planes with hundreds of passengers.

Has your plane ever been delayed for unusual reasons? Please share with all of us in the comments below!

A pilot asks passengers to pray

I am not sure anyone wants to hear that from the pilot during a problematic situation. But that’s really what happened on an Air Asia flight this week when the plane was having mechanical problems that were causing loud vibrations in the cabin.

Here’s a video from within the cabin if you are interested (don’t worry, this is a very rare occurence!):

I thought I might die….. Today was my beginning the trip,but I backed to the Perth due to technical issue…. Anyway I still arrive!!! Thank you God!!! #airasia #perth #flight #tokualalumpur

The pilot asked everyone on board to pray. I am not sure if again this is a case of differences in culture, or if he thought having people concentrate on something other than vibrations was the best thing to do. But in all cases, it must have been horrible to hear that when you are a passenger and you trust the pilot to get you somewhere safely.

They landed without any issues by the way.

So, this is as good a time as any to remind you that you should not be afraid of flying at all and that it has literally never been safer to fly in the entire history of commercial aviation.

2016 was the seventh consecutive calendar year with zero casualties on US airlines (the streak continues in 2017, and we’re half way through). It is also the longest casualty-free period since, well, ever.

I mention US airlines because they are the largest in the world and the data is easy to find, but the same is true across the entire world. There has never been so few deaths related to air travel, the facts are clear. And Canadian airlines are safer than ever as well.

Read also: Air Canada… or WestJet? Which airline is the best?

I’d like to also point out that the percentage of air travellers flying on low-cost and ultra low-cost carriers ha never been higher also. So, just a reminder that maintenance and safety are not areas where these companies can cut costs: all aspects of air safety are extremely heavily regulated by federal authorities and no company can skimp on this.

And just in case you’ve never heard the stats or want to hear them again, you are approximately 19 times more likely to die in a car accident than a plane accident… so fly without a worry, and be careful on the roads!

What do you think of this story? Please share with all of us in the comments below!

Sure, these kind of stories always make headlines, but remember that 100,000 flights take off every single day. Usually 99,999 or more of them will go off without a hitch.

A New Island Just Randomly Appeared in the Ocean

Fucking, Austria Votes To Change Its Name (And 31 Other Notable City Name Changes)