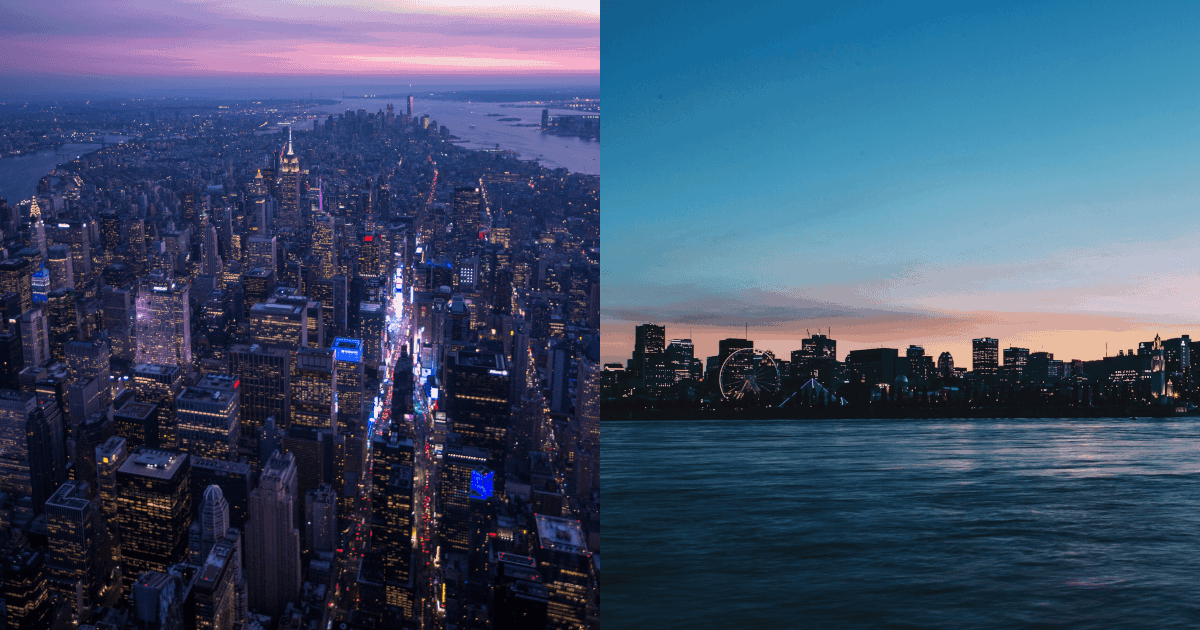 Without further ado, here’s the answer: Montreal. You may have thought Manhattan had to be the most populated of the two because it’s the central island in New York City, the largest city and metropolitan area in the US, but this was another trick question.

Here are the explanations.

Here is the population for both islands:

We’ll talk about the cities below, but the question was about the islands; it’s another of those trivia items that many people are surprised about when I tell them.

The key here is just the sheer size of the islands. Manhattan is much more densely populated than Montreal is, but Montreal is a lot bigger.

To give these numbers some context, we’ll take a look at how large of an area they cover.

Even though Montreal Island has a larger population, it covers an area almost 10 times larger than Manhattan’s.

So it is almost 7 times denser on Manhattan Island.

Manhattan is just one of the 5 boroughs of New York City, and it is the densest one.

So if we look at the total city population (which isn’t really relevant, I’ll tell you why below) and not just the island of Manhattan, it isn’t even close:

The difference is even more striking when we look at the total metropolitan area population, which includes nearby municipalities.

This is what we should always look at, and I feel very strongly about this, personally: city population numbers are quite misleading, and frankly quite useless.

Keep in mind, these are just arbitrary imaginary lines, and a “city” is much more than just the municipal boundaries. The entire surrounding area that revolves around and centers on the city in question is what really tells you how big a city is.

The best example is in Florida: The most populous city is Jacksonville, with a city population of 900,000. Miami’s imaginary city lines only encompass 470,000 inhabitants.

But the Jacksonville metropolitan area? Only 1.5 million in total.

The Miami metropolitan area? Four times more; a whopping 6 million in total, by far the largest in Florida and the 8th largest in the US (while Miami “city” population ranks 40th in the US).

The “city” population means nothing. It really depends on whether many neighborhoods are incorporated as separate municipalities, like in Miami, or if they all belong to one municipality, like in Jacksonville. Administrative details. The essence of a city does not stop at imaginary lines.

So, back to our comparison.

The metropolitan areas are very different:

Since American cities are so spread out, New York City actually is the largest metropolitan area in the world by urban landmass (total urbanized area).

That is despite having fewer inhabitants than Mexico City and a few (more compact) Asian cities. There at least 7 depending on the definitions used (Tokyo, Shanghai, Jakarta, Seoul, Guangzhou, Beijing, and Manila).

That is one of the reasons many people keep using the city population even if it’s misleading: it is clearly defined and not ambiguous at all.

The metropolitan area population really depends on which boundaries you include and, therefore, can vary a bit depending on the measurements used.

So, now you know! Montreal Island has a slightly larger population, but the area it encompasses is way larger than Manhattan’s. And you know that the numbers are much different when looking at the entire NYC population, whether it is the city itself or the entire metropolitan area.

Did you guess correctly? Tell us in the comments below.

Spain or Brazil: Which country does France share its longest border with?

Which Country Has The Most Time Zones