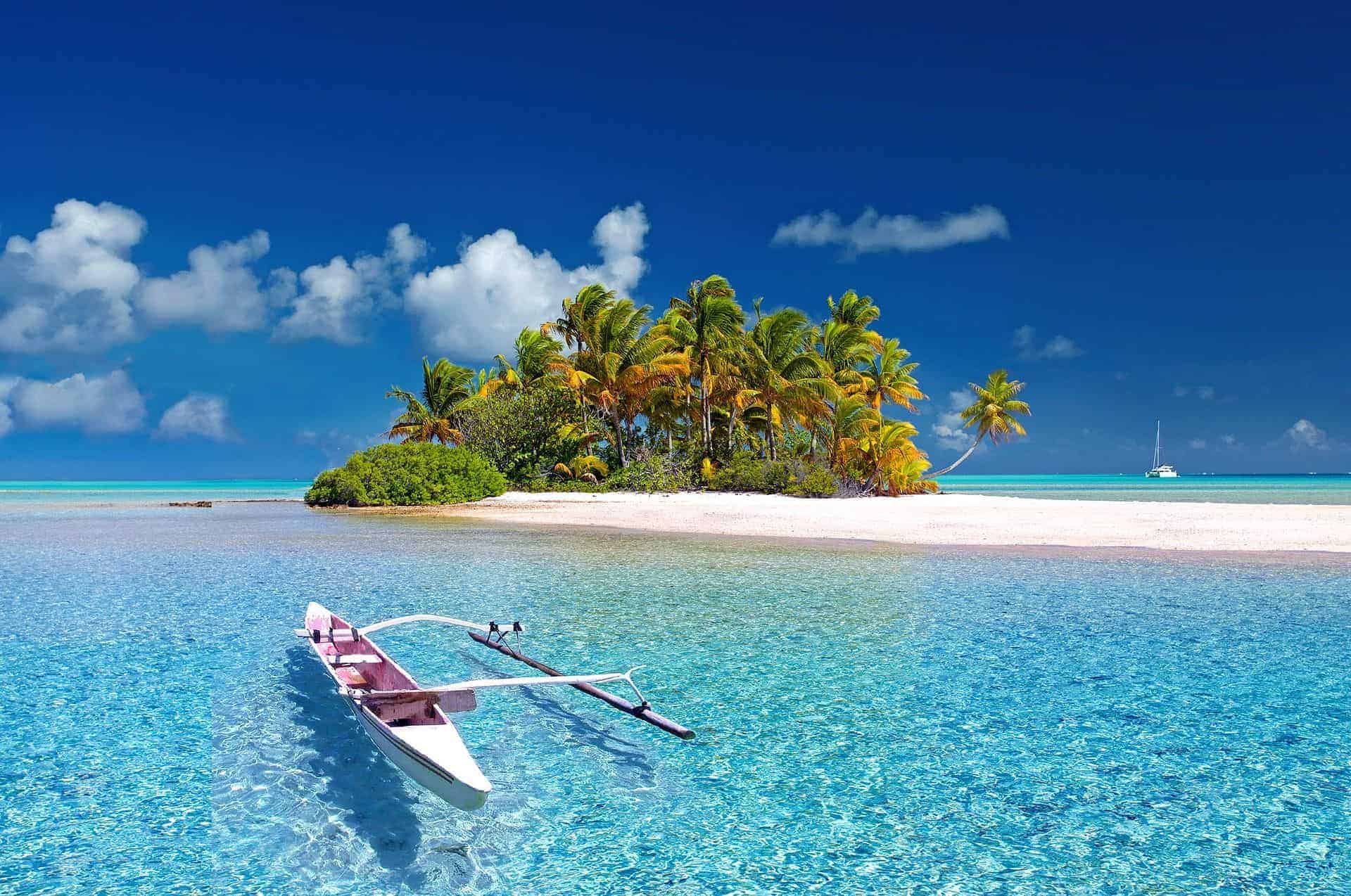 Part 1 of the (very) long list of French-speaking countries was very popular, so here is the next part for those who want to discover the francophone world.

We’ll list 5 other destinations below (you can read Part 1 here… and the complete bullet-point list up to now is available at the end of this post).

Contents hide
6. French Polynesia
7. New Caledonia
8. Vanuatu
9. Saint-Pierre and Miquelon
10. Canada
11-30. Get the rest of the list before everyone for free!
List Up To Now: French-Speaking Countries
Summary
Share this post to help us help more people travel more for less:

French Polynesia is a vast expanse of over 100 islands in the middle of the Pacific Ocean. It is sometimes also known as Tahiti, which is the name of the largest and most populous of the territory’s many islands.

It’s technically not a country, seeing as it’s part of France, but it’s so far away and such a different destination that it deserves its own spot. It was taken under French control in 1842. Later in 1957, it was renamed as French Polynesia and given more autonomy.

This area is beautifully tropical and perfect for the sort of trip that mixes vacation (like relaxing and spending time at the beach) and exploring breathtaking nature. If you want adventure, there are plenty of islands to explore and discover as well as hiking opportunities to keep you moving.

Here are 3 things to consider:

How to get to French Polynesia for cheap

Tickets are expensive, as you’d expect for such a remote and faraway destination. It’s a perfect example of how the multi-ticket itinerary can save you hundreds of dollars, as we explained for smaller European destinations, the previous countries on this list.

Ultra Low-Cost Carrier (ULCC) French Bee offers a cheap San Francisco – French Polynesia flight, and combining that one with another flight can be a lot cheaper than buying it all on one ticket. When there is a good deal on that ULCC flight, that means a couple could save over $2,000 just on the plane tickets, for the exact same destination on the exact same dates: it really pays to know the pro tips.

So be on the lookout for deals or search for Papeete (PPT) in our favorite flight search tool if you aren’t flexible at all on dates.

Another French territory that is a destination in its own right. New Caledonia is a group of islands located northeast of Australia that has “special status” within France, with much more autonomy than others.

New Caledonia didn’t become a part of France until Emperor Napoléon III ordered his military to take control. Up until that point, English explorers often visited, and its indigenous people inhabited it.

New Caledonia is an archipelago, which means it’s made up of many little islands. This makes it easy for boating from island to island and continuing a string of adventures.

Here are 2 things to check out:

How to get to New Caledonia for cheap

There aren’t ever any deals to New Caledonia. And there are no tricks to save, other than with travel rewards points (more info to come). So input Noumea (NOU) in our favorite flight search tool. 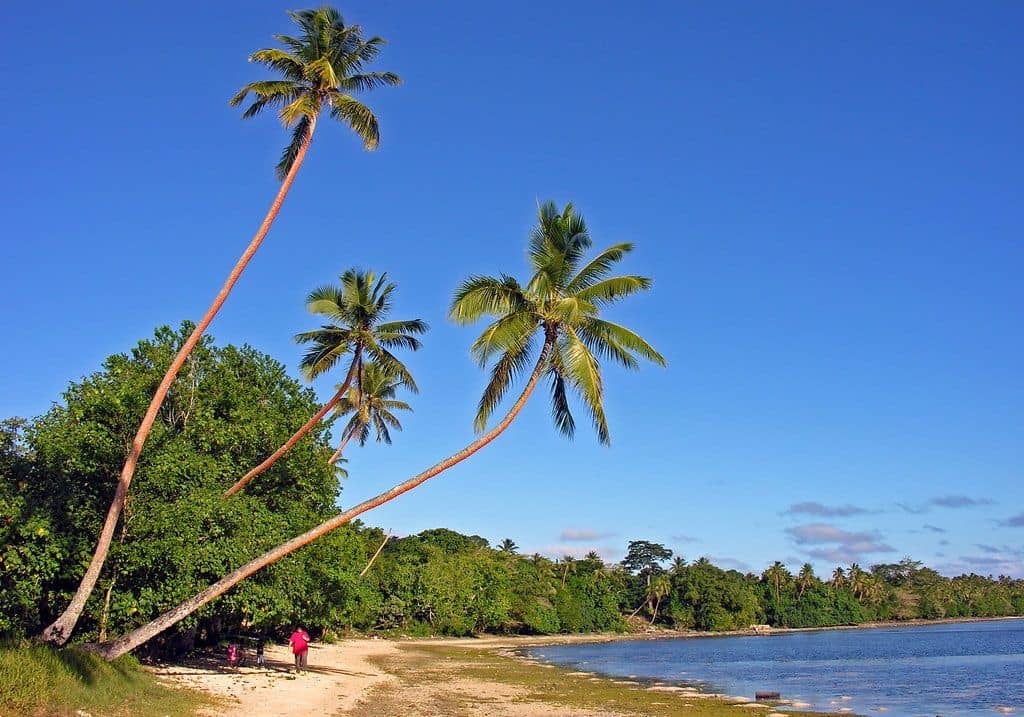 Let’s stay in Oceania, but this time with an independent country, one that many people have never heard of (that’s the case with most countries that have a tiny population—at least those where there are no wars or negative things to say, and therefore not interesting enough for the news). The island nation of Vanuatu was a French colony for over 300 years until it gained independence in 1980.

Today, its official languages include Bislama (indigenous), French, and English. Even though French isn’t the most spoken of the 3, over 30% of the population has a basic understanding of the language, so we’re including it. 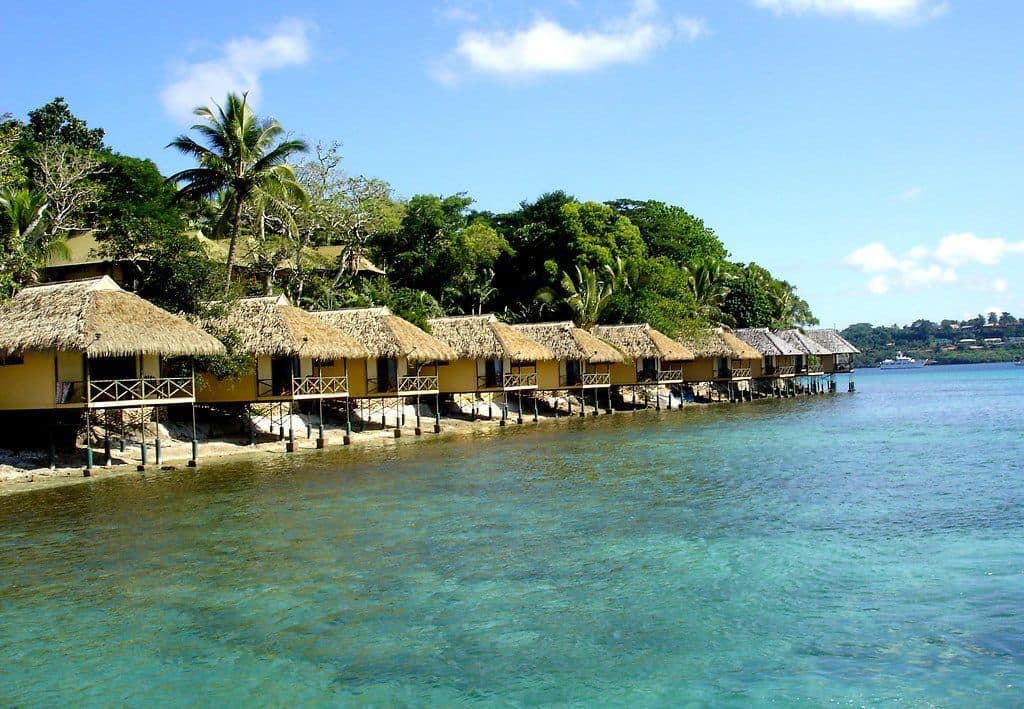 This island is an idyllic tropical destination. It has raging volcanoes, long sandy beaches, secluded islands for snorkeling, and hidden paradises in the jungle.

Iririki is a small island where many go snorkeling. With its shallow turquoise waters, spotting sea critters is easy; this area is perfect for beginners.

Then, if you’re adventurous enough, you can hike through the wilderness to find Mele Cascades, which are peaceful waterfalls tucked away in the heart of Mele Island. And, fun fact, this area is owned by local Mele villagers to this very day.

How to get to Vanuatu for cheap

Same thing: there aren’t ever any deals. And there are no tricks to save, other than with travel rewards points. So input Port Vila (VLI) or Luganville (SON) in our favorite flight search tool.

This is another archipelago, but a lot less exotic. This one is located near Canada, just south of Newfoundland; however, it’s still part of the French Republic. These islands are known for their French influence and brightly-colored homes and are just a short ferry ride away if you are in Newfoundland (an interesting destination itself).

Why visit Saint-Pierre and Miquelon?

If you’re into something a tad low-key, yet still worth seeing, you should visit! You’ll be delighted with the small towns, casual lifestyles, and heavy fishing industry that sustains most people who live there.

How to get to Saint-Pierre-et-Miquelon for cheap

Flights to Saint-Pierre directly are prohibitively expensive, so it’s a lot cheaper to fly to Newfoundland and take the ferry. You can input St. John’s (YYT) or Saint-Pierre (FSP) in our favorite flight search tool.

Let’s not forget that this amazing country is also one of the French-speaking countries to visit. Since its colonization, France has been a significant societal and cultural influence in parts of Canada, with many people being French-Canadian.

Canada has a lot of beauty and culture to offer. Plus, for most of our readers, it’s probably in your backyard. Montréal is a vibrant cosmopolitan city, Québec City is North America’s most European city, and there are plenty of beautiful regions around too: the Lower Saint-Lawrence (Bas-Saint-Laurent) for a quiet maritime feel, the impressive Saguenay fjord and the Mauricie region for its stunning National Park.

How to get to Canada for cheap

We often spot deals to Canadian cities on our cheap flight deals page. And if you live nearby, you can visit with a roadtrip. If you want to fly in and can’t wait for a deal, the best airports to input in our favorite flight search tool are Montreal (YUL) and Quebec City (YQB).

11-30. Get the rest of the list before everyone for free!

As you will soon see, the French language is still found in many different parts of the world—nearly every continent. If you’re a lover of the French language, then we at Flytrippers suggest that you choose one of these destinations as your next trip. Don’t miss the next part of the series soon.

Did this give you an idea for your next trip? Do you have a story from one of these destinations that you’d like to share? Leave us a comment below!

Video & Photos: Brief Introduction To My Current Trip To Uzbekistan

An Airline Is Testing A Lie-Flat Seat In Economy Class