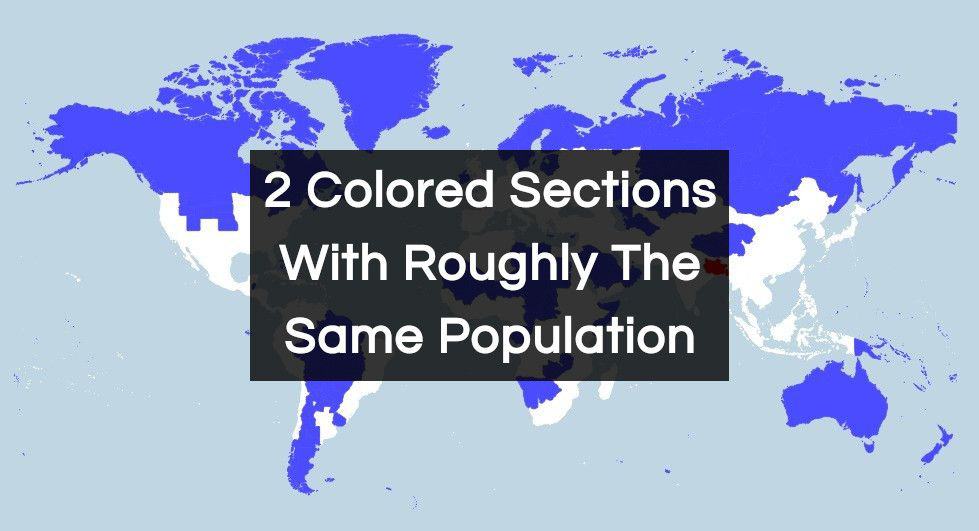 Since most of you can’t travel more than a few times a year (despite the very low prices we spot for you on our cheap flight deals page), maps are often a much cheaper option: a map will have to do for today.

So here’s a cool one to see 2 parts of the world with roughly the same population… but vastly different sizes.

A world map is great to see continents and boundaries, but the biggest issue with it is that it doesn’t convey how incredibly different population density is around the globe.

It shows land (and poorly) but it doesn’t show people. Poorly because traditional maps exaggerate the size of many countries, especially Canada, which is much smaller than it looks.

A while back, we had already shared a map that shows that many places take up a lot of room, but aren’t very highly-populated.

This new one is even more striking and extreme.

The red area has as many inhabitants as all the blue areas combined. 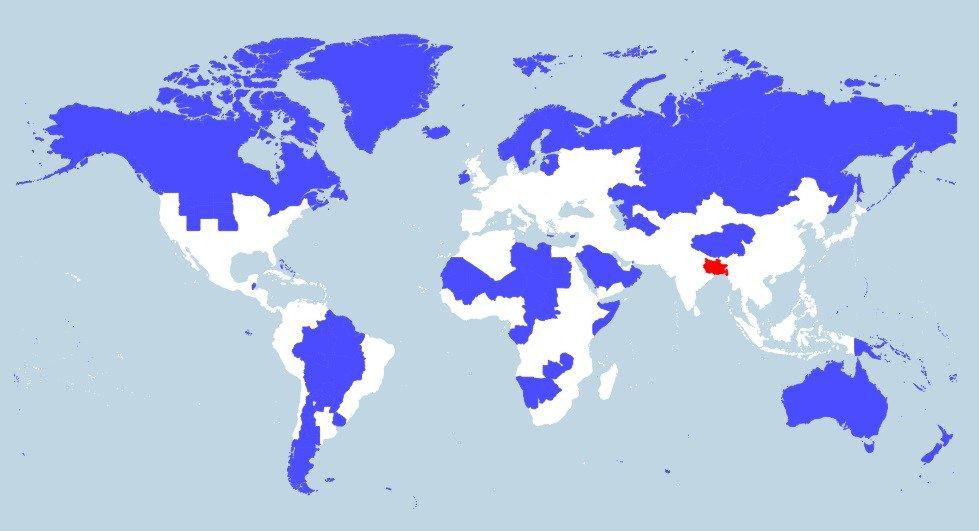 To be honest, it’s nothing very surprising. The blue areas are well-known to be very sparsely populated and the red area is the most densely populated spot on Earth.

But many who commented on this map on Metrocosm (and even moreso on reddit where a smilar one was originally posted) said they found it very impressive to see the incredible size difference between the 2 colored areas. So we figured we’d share it with you.

Both areas contain approximately 5% of the world population (~400 million people). However, the area and population density are quite different.

The blue areas include huge swathes of the world, including many major countries in their entirety: Canada, Ireland, Australia, New Zealand… and 40 other countries.

It also contains sizeable regions in the US, Russia, Brazil, and many more.

Here is the full list of the countries and territories that make up both sections.

This impressive map shows that many places in the world are pretty much empty, but also that India and Bangladesh are extremely densely populated.

Are you surprised by how huge the blue area is? Tell us in the comments below.

Every Country’s National Animal On One Cool Map

An Interactive Map of 11,000 Unique Sights All over the World