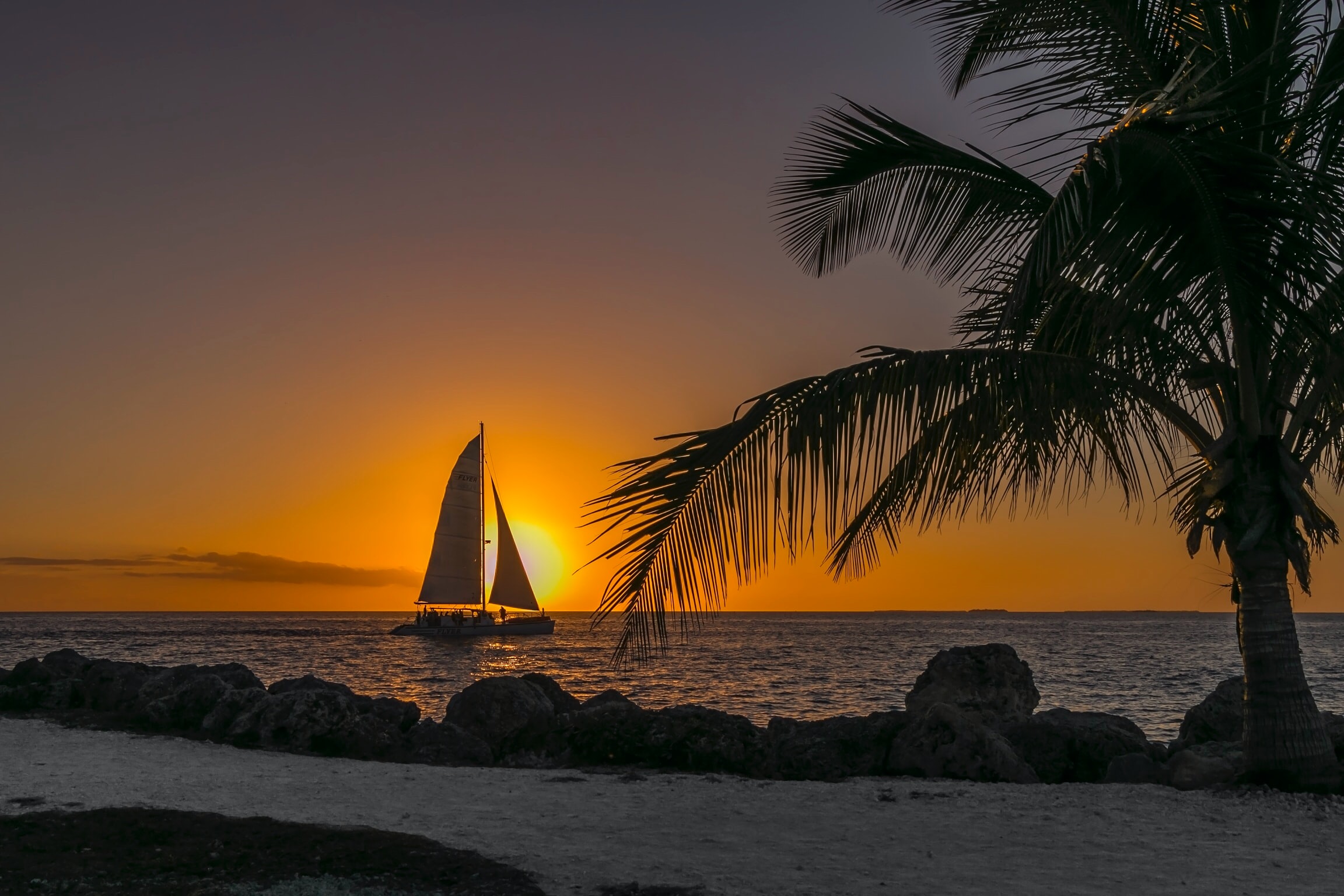 For the umpteenth time since the beginning of pandemic travel rules, many media outlets are unfortunately spreading false information. They certainly don’t have bad intentions, but it is still misleading travelers. That’s why it’s very important to follow travel experts like Flytrippers.

Or to look at official sources directly.

Because looking at the precise details carefully is very important, your entry into a country can be refused even for a simple little detail you didn’t read properly (and you wouldn’t be the only one; even journalists sometimes don’t understand the details).

NO, the US will not require a test done within “24 hours before departure”, that’s just 100% wrong.

The test requirement is changing, but there is no “24 hours”.

Many media outlets have been writing since January that the test must be done within 72 hours of the flight.

This is completely 100% false since January too.

The 72 hours is the rule in Canada (and in fact in the vast majority of countries, at least those that have a test requirement — 64 countries are open without any test requirement at all by the way, and we’ll update that list Sunday).

Many people seem to have a hard time understanding that EVERY COUNTRY MAKES ITS OWN RULES and that they are obviously ALL DIFFERENT. Right down to the smallest details. It is normal! They are different countries!

Don’t ever assume that the rules are the same, just read them carefully. That’s it. You have no choice but to read the rules to travel anyway!

Read our various guides here on Flytrippes, like how Canadians can travel to the United States, where we validate 100% of the info since we are travel experts who understand the rules and are your reference for all things travel.

(And a reference for Global News, CBC, CTV, the National Post, LCN, Radio-Canada, QUB radio, and many other media outlets that rely on the experts to make sure they are not misleading travelers.)

Or read the only official source that exists for all countries, we put the link for each country in our guide to the entry rules for each country (you MUST check again because even if we make regular updates — the next one will be this weekend s mentioned — that fact remains that the 193 countries constantly change their rules).

Anyway, just don’t rely on anyone else, I’ll say more at the end.

Let’s get back to the test to enter the USA by air.

The current US rules are clear: You can do your test in the 3 full calendar days before the day of the flight. The number of hours is not relevant. The departure time of your flight is not relevant. You have more than 72 hours to do it (unless your flight leaves at midnight sharp).

This is completely different from the Canadian rule (you can read our introduction to COVID-19 tests for travel).

In this case the real rule is MORE permissive than the misinformation spread, so obviously it doesn’t have a serious impact (other than unnecessarily complicating the process of getting the test quite a bit, especially with the changes I’ll get to in a second).

But the next time, it could easily be the opposite and be LESS permissive.

And saying “but on TV they said that…” is going to be completely useless and your entry into the country will be 100% denied, there is no leeway regarding the details of the rules… zero.

You follow them and you enter… or you don’t follow them, even a small detail, and you don’t enter. As happened to a well-known Québec author who absurdly complained about it in the media before the previous changes to the USA entry rules.

So starting Monday December 6th at 12:01 AM Eastern, the USA will be changing their testing requirement by air.

It does NOT have to be within 24 hours of your flight! There is absolutely no mention of 24-hours anywhere in the rule, that’s just in the media.

And this change is REALLY NOT A BIG DEAL by the way, it changes almost nothing. The United States accepts rapid antigen tests which give results in 15 minutes, so it doesn’t really inconvenience most travelers (and especially not those leaving from Canada).

I just did another one this morning. The panic around the Omicron variant in Canada made me decide to go on a last-minute trip to Miami even if I’m going there during the holidays (Aeroplan points are amazing). I’ll soon share a post about the logistics, including the test.

Anyway, it won’t be a problem at all to find it the day of your flight or the day before your flight, if you do a minimum of preparation and planning (which all savvy travelers should do for any trip, but even more so for pandemic travel).

However, if you have a transit in the United States when returning from another country, it will now be a little more complicated. Well actually, it won’t be more complicated in the vast majority of countries, just more expensive: You will likely need 2 separate tests.

We find it a bit sad that so many people are misled about travel rules in general.

At least 90% of what we read on social media about travel rules is completely wrong.

The 4 main causes are:

It’s good to know about these so that you can be careful and avoid being misled.

People speculating without knowing what they are talking about

The first is simple. As with all subjects, many people make statements on matters about which they know absolutely nothing. This is the most common cause! They mix up rules sometimes, or they just don’t understand sometimes…

They don’t even know they don’t know what they are talking about and will sometimes say it with a lot of certainty. That doesn’t mean it’s true.

Look at another very concrete and recent example.

Phil tells us to “do our research”! He says the USA will require a test when entering by land (not true).

Look… He’s “not inventing this out of thin air”!

Oops, the article he shared is about a vaccine, not a test.

Completely unrelated. Phil is just plain wrong. Like many people who talk about travel rules on social media unfortunately.

He quickly deleted all those messages that accused us of being wrong!

Making mistakes is normal and fine. Those things happen. But before telling experts that THEY are wrong. maybe double-check, or triple-check, or quadruple-check…

The point is, he was so sure and certain… it was still false. The Dunning-Kruger effect at work maybe, but either way… don’t trust strangers on the internet (crazy that we need to say that in 2021 though). And not just about travel rules by the way…

The second one is also very common.

THE RULES CHANGE ALL THE TIME. It’s a simple principle, but many people have a hard time understanding it. Some countries change their entry requirements literally every week!

Just because your aunt needed a test to enter Peru last week doesn’t mean you still need one! Even if she needed one YESTERDAY… maybe TODAY it has changed!

Assume that everyone who says something about travel rules doesn’t understand that they may have changed since then.

People misinterpret what they read

Yes, travel rules can be complex when you don’t take the time to understand the basics and learn.

So when you read quickly, you think you’re interpreting something right, but often people just don’t understand how the rule works. It’s kind of like the first cause really.

For example, everyone knows that Canada has made vaccination mandatory to fly out of a Canadian airport. Many people think that this means that non-vaccinated Canadians can no longer enter Canada!

That has nothing to do with that, the new rule is just for flights departing from Canadian airports but many people interpret it too broadly and think that non-vaccinated Canadians can’t enter Canada anymore. Yet the entry rules are completely separate.

“Non-vaccinated Canadians can’t travel” is not completely false, but you shouldn’t interpret things too widely. They can’t fly out of Canadian airports (and even that has many exemptions), but that doesn’t mean they can’t travel towards Canada!

People rely on sources that misinterpret what they read

And finally, this is today’s example.

So the lesson is that, as for anything, you are never better served than by yourself.

This is definitely not the first time this has happened… and it won’t be the last.

In August, when Canada announced the mandatory vaccination to fly out of a Canadian airport, literally every media outlet wrote that it was just for domestic flights.

We watched to the press conference. It was very clear: It was for ALL flights, not just domestic.

We told you that very same day. Many people insulted us (obviously not having watched the official press conference themselves of course) and said that it was just domestic flights just because the media said so…

The media had clearly misinterpreted the announcement. That’s understandable when you’re not travel experts.

So rely on Flytrippers, the travel experts.

It was exactly the same thing in July when the government announced the end of the mandatory 14-day quarantine and the end of hotel quarantine for vaccinated travelers.

We immediately shared the good news with you after watching the press conference. You wouldn’t believe how many people were frustrated and wrote to us saying that we were spreading fake news!

Of course, these people had not watched the press conference. They were relying on media reports… from media outlets that had pretty much all misunderstood again, and they said that it was just the quarantine hotel that was being abolished and not the 14-day quarantine.

Of course, we were right again… because we are travel experts and we analyze things well before we write.

If we’re not sure about something, we tell you that it’s not confirmed. Everything else we write is 100% confirmed.

Want to get the REAL information on travel rules?

It’s true that the US is changing its testing requirement to enter by air… but that doesn’t mean that what the media is saying about it is entirely true. Be careful.

What would you like to know about this new rule? Tell us in the comments below.