Aeroplan is by far the best program for Canadian travelers who want to maximize the value of their rewards. It’s not even debatable. We’ve talked about it a lot, but I wanted to share this post to make a strong impact so you would realize just how awesome it can be — and so you join our free webinar Monday (tomorrow) night!

That’s what points whose value is literally unlimited are all about!

Here’s the example (with a 2nd more popular one as a bonus).

This example is really to show you how much value Aeroplan points can have, it’s probably not a redemption you’ll actually make.

Because it’s not everyone’s dream destination, and that’s not the point of this either.

This is to explain the concept and help you understand how Aeroplan points work.

(We’re hosting a free webinar all about Aeroplan by popular demand: join us Monday night to learn more about the best rewards program!) 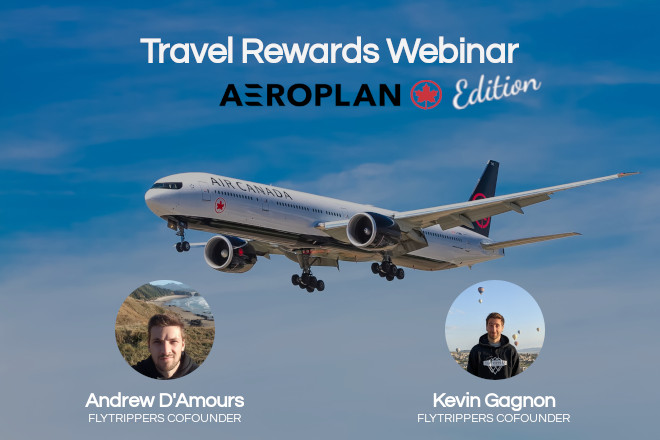 It’s that extreme examples usually work best to explain one of the most important basic things in this world to people who are not familiar with the most valuable type of rewards.

Points like that are nothing like the ones everyone knows. Often, beginners have no idea that they’re missing out on so much potential value (it’s normal not to know, and that’s why we want to help you better understand).

So, let’s say you want to go from Montréal (YUL) to Kuujjuaq (YVP), in Nunavik (Northern Québec).

Only 20,000 points and $96 roundtrip. Exactly the same flights: the same airline (Canadian North), the same seat.

With the American Express Aeroplan Card, you get 71,000 Aeroplan points for $120 with the record-high offer, if you apply before Tuesday night. It’s literally the best deal ever on a non-premium card in Canada. It’s really crazy, don’t miss out on it.

I’ll mention 2 alternative cards that are actually even better deals in a minute too, plus the other example of flights you’ll love even more!

But anyway, here’s what to take away: our Flytrippers Valuation is always conservative. For the American Express Aeroplan Card, it’s ≈ $945 in net value (≈ $1065 in Aeroplan points minus a $120 fee). Even “just” that is pretty amazing.

But it can be so much more too: variable-value rewards are so much better than bank points and the terrible cashback people always use, unfortunately (those are fixed-value rewards).

The value of variable-value rewards is literally UNLIMITED!!! As you can see. Instead of our Flytrippers Valuation of ≈ $1065, it gives you $10,000 in this extreme example. About 10 times more!!! That’s what the “≈” symbol stands for! It depends on how well you use your points! For Aeroplan, it’s unlimited!

So the key is to understand that for reward flights on the 40+ Aeroplan partner airlines, the price in points for a flight is guaranteed and NEVER changes, regardless of the cash price. Hence the unlimited value!!!

(Aeroplan is the world’s airline rewards program with the most partners by the way!)

So that’s why if you’re like me (who’s addicted to good deals and to always maximizing everything), it’s WAY past time you looked into variable-value points — Aeroplan points specifically.

There’s a reason why it’s been my favorite among the many programs I used in the past 10 years.

There’s a reason why why it’s the one that gave me the majority of my reward flights (many many dozens of them) on my way to the $20,000 in free travel milestone I’ve now reached with travel rewards!

There’s a reason why it’s one of the most popular programs among our Flytrippers readers who have now earned over $1 million just with welcome bonuses!

Of course, you can also read about the 18 good uses of Aeroplan points to get plenty of other examples.

In addition to the free webinar on Monday, subscribers to our free travel rewards newsletter specifically on travel rewards will be the first to get our ultimate guide to this program.

But I want to at least talk about a popular use of Aeroplan points among those who want more quality instead of more quantity.

I’m using Vienna as an example since I know how many people love direct flights, but it’s the same price in Aeroplan points for anywhere in Europe too, by the way, if you’d rather go somewhere else!

So, it’s $6406 for a direct one-way flight from Vienna (VIE) to Montreal (YUL) in business class if you pay in cash (the worst thing to do, it’s SO much savvier to use points for that)!

But like I said, you have plenty of options!

From Toronto and Montreal for example, if you want to go to Greece, Switzerland, Italy, Czechia, Norway (and even Morocco, Egypt, or Turkey): it’s always 70,000 Aeroplan points one-way for business class in that region, on partner airlines! From Vancouver, it’s 75,000 points for a large portion of Asia for example. It’s distance-based.

And these business class flights are all worth thousands of dollars in cash.

Again, 70,000 points is exactly how many points you get the welcome bonus on the Amex Aeroplan Card if you apply by Tuesday night (and I’m finally getting to the 2 deals that are even better).

Anyway, I’ve had just 1 long-distance flight in a lie-flat business class seat out of the 400+ flights I took in my lifetime, because I’d rather use 70,000 points for up to 11 flights instead of just 1.

I like to maximize quantity and travel more. You, on the other hand, may have different priorities.

The fact is you have plenty of options for unlimited value potential and you’ll have plenty of time to decide what to do with them since there’s no time limit to use these points.

What’s important is to take advantage of the crazy deals that end on Tuesday, September 20.

Yes, the Amex Aeroplan Card theoretically gives the best value, since our Flytrippers Valuation always includes just the points you earn (with the welcome bonus alone) minus the fee. Never the other benefits.

But personally, as an expert, I would recommend the American Express Gold Card more. For just about any traveler, but especially for beginners.

But on top of that, it gives you 4 airport lounges passes in Canada, and even 8 actually, since it’s 4 per calendar year (so 4 by December 31 and 4 in 2023 before canceling the card next September if it doesn’t give you value anymore).

There are a few other benefits too, like the option to transfer to even more airline programs for more flexibility. We’ve done a detailed head-to-head comparison between the 2 to help you out. 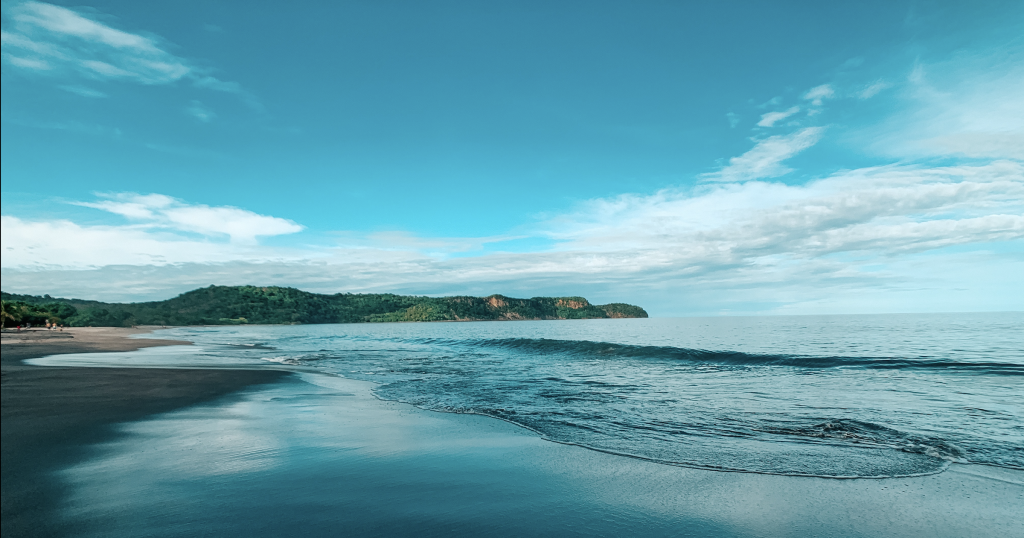 Head-to-head: Which of the 2 amazing deals that give ≈ $915+ in value you should choose

Finally, if you want even more points AND unlimited access to 1400+ airport lounges worldwide for 2 travelers, you can take advantage of the highest offer in Canada right now.

As long as you can be rational.

Even at this conservative value, it’s pretty amazing to get over $1000 with just one card, plus access to airport lounges. Phenomenal.

But 114,000 points can also potentially give you many thousands of dollars in value, with just one card.

It’s amazing how much value you can get with unlimited-value points!

And if you want to travel in business class, it’s really the premium cards you should consider, just to get more points. Since it requires more.

For 115,000 points, you actually get a one-way business class ticket from Canada to literally anywhere in the world. The Maldives, Seychelles, Australia, Fiji… So if you want to go far in luxury, get the Amex Platinum Card before Tuesday.

For 120,000 points (not much more than the welcome bonus and you can easily make up the difference), you have even more choices in business class.

You get roundtrip business class tickets to Europe, but only to the nearest countries in Europe (60,000 one-way, after it becomes 70,000 if you go a little further, like in the example above).

You get a roundtrip in business class to anywhere in South America, flights that are pretty long too.

And for 130,000 points you can even get a one-way flight in Etihad’s famous First Class Apartments to the United Arab Emirates.

That’s first class, which is not at all the same as business class, despite what most people think. When we say that everything you think you know about travel rewards is probably mistaken, that includes this too.

Anyway, this one-way flight in a First Class Apartment is literally worth $10,000.

As the name suggests, it’s an “apartment” on a plane: you have an enclosed suite with a large seat, a separate couch that turns into a full bed, a table, a minibar, a closet, etc. It gives you access to a nice lounge at the airport, but also a lounge/bar inside the plane, and also a shower to freshen up before landing (yes, on the plane).

If not, for 130,000 you can also do a mini-round the world trip in economy, with 3 destinations instead of just 1.

There are actually 2 premium cards that give the same amount of points, and we did a detailed head-to-head comparison for those too.

Want to get more content to learn how to earn free travel?

With a rather extreme (but no less true) example, we show you the unlimited value you can get with variable-value rewards. Many of the record-high offers that are ending soon allow you to earn these valuable points to travel more (or travel in luxury).

What would you like to know about Aeroplan? Tell us in the comments below.

25% or 20% discount for Amex Aeroplan cardholders

Aeroplan eStore promo: Up to 20 points per dollar for Black Friday