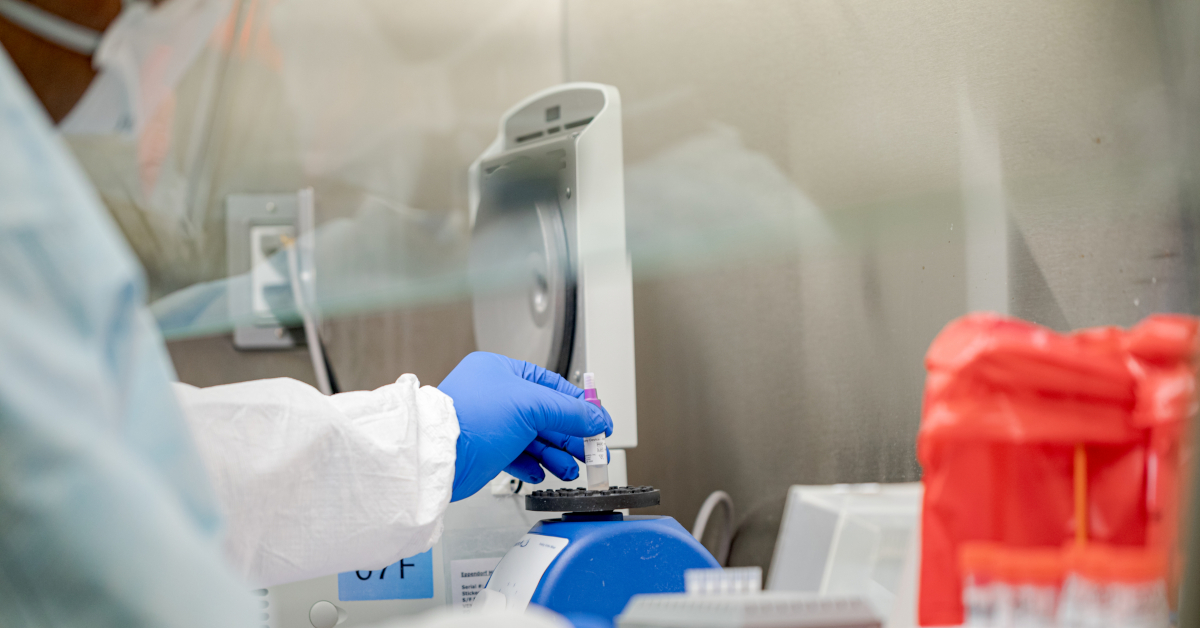 After months of inaction, Canada’s federal government is finally showing signs of being open to ending the illogical universal one-size-fits-all 14-day quarantine for all travelers who enter the country. Let’s take a look at the new pilot project now underway to replace the 14-day quarantine with coronavirus testing.

From March to November, there was no way whatsoever for travelers to avoid the quarantine but now there is one with this pilot project.

We’ll soon cover more very promising news about the expansion of the pilot project to more provinces (and even a few separate pilot projects), so sign up for our free newsletter to get all the relevant updates for Canadian travelers and all the news about the quarantine.

But for now, here is everything you need to know about Canada’s pilot project for testing, including a first update.

Overview of the pilot project

Let’s start with the essentials and we’ll give you more details about each aspect below if you’re interested.

In short, here’s what the science-based pilot project is all about:

However, there is bad news:

It’s an important distinction and creates an interesting opportunity for all others; more on that below.

Finally, the 2 locations where the pilot project is taking place for now are:

We have another update on the topic: preliminary results.

After 18,000 participants, the positive test rate is very low.

Alberta Premier Jason Kenney called this an important day and said (emphasis is mine):

“Though a lot of work lies ahead, we can see a return to normal travel.”

Yes, it’s only in Alberta for now. But still, this is simply extraordinary news for travelers and for an easier resumption of international travel (the best type of travel for those who like to discover new cultures).

The 14-day quarantine is entirely replaced by a rapid test upon arrival at the airport, a 1 or 2-day quarantine while awaiting the results, a 2nd test, and a few basic hygiene rules to follow in the first 14 days back.

That’s one of the positive developments: instead of 48 to 72 hours mentioned in the announcement, the official site now mentions receiving results in 24 to 48 hours and that’s what travelers who went through the process seem to have experienced. That makes the quarantine excessively shorter than 14 days!

We now also have more information about the process than at the launch.

To participate, you must:

The official websites are more ambiguous about the cost of the 2nd test at the pharmacy, unlike the one at the airport, but it also appears to be free. We have made a request for information and we will come back to you with the answer once we get it.

The cost of the pilot project’s tests

We obviously hope that the test that replaces the quarantine will be extended to more provinces as quickly as possible. That would allow those who are ready to travel responsibly and safely to do so.

What is encouraging for all travelers (when this becomes available in more provinces) is that rather than paying ≈ $150 for the test as rumored when the pilot was announced, the airport test is entirely free.

Even at $150, that would have been only about $10 per day of quarantine avoided, which undoubtedly made sense to most people.

But the fact that it’s free is obviously even better, and as budget-travelers, we can only be delighted about this (because saving on travel = more travel).

I do want to quickly address the many critics who want travelers to pay for the test.

Some say that since travelers choose to travel, they should pay for their test… but if you want to be coherent, I don’t think that’s a logical argument.

The irresponsible people who do not respect distancing and who then have to go get tested don’t have to pay for their test. And traveling can definitely be a lot less risky than many of the decisions people make here without traveling, that’s 100% certain…

People who make the choice to eat indoors at restaurants (which is as risky as flying in terms of the risk of infection according to a Harvard study, it’s worth repeating), or especially going in crowds or to parties can get tested for free even if it they’ve also chosen to do those activities.

For the sake of public health, we offer free tests to all those who do equally non-essential things (like going to bars when they’re open), so why would it be any different for travel? Why should travelers have to pay if everyone can get tested for free in just about every province?

Anyway, the test at the airport is free… and that makes a lot of sense.

For now, of course, it’s pretty restrictive to only be able to participate in one of the only two approved locations.

At least Calgary Airport is the 4th busiest in Canada as the main WestJet hub, so there are still a lot of flight options.

And the pilot project is also available at the land border in Coutts, near Montana. It is always allowed for Canadians to enter Canada no matter the method, as we’ve mentioned quite often (we also have a detailed article about the Canada-USA border more specifically if you are interested).

Participation in the pilot project (for non-Albertans)

Since anyone who is allowed to enter Canada and who enters via the 2 pilot locations can participate, that means non-Albertans could take advantage of the pilot project. However, it’s not for everyone, since you have to stay in Alberta for 14 days even if you’re not quarantining.

So it’s certainly designed to exclude most non-Albertans, but there is still an opportunity for travelers from other provinces who were going to go into quarantine in their province anyway: trading a 14-day quarantine stuck at home for 12-13 days exploring the beautiful Rockies in a physically-distanced way is not a bad deal at all, if you have the budget.

(The great 2-for-1 deal that ends today on the luxury Fairmont hotels across Canada includes beautiful properties in Banff, Lake Louise, Calgary, and Edmonton.)

In short, to avoid the quarantine, you could always enter Canada via Alberta and stay in the province for 14 days even if you have to quarantine for only 1 or 2 days.

For example, you could quarantine while awaiting your test (there are Marriott Category 1 hotels near Edmonton), and then visit the great outdoors in Banff for 12-13 days.

That won’t cut the 14-day quarantine time, but the 14 days will be spent exploring a new place instead of stuck at home, perfect for travelers.

Expansion of the pilot project to other provinces

As mentioned, there’s news about expanding the pilot that warrants its own separate article to come soon.

In the meantime, if you remember correctly, the mandatory quarantine rule is due to expire on November 30th. That will almost certainly be extended by another month.

But if for once the government can act quickly (they did take 6 months to make temperature checks mandatory in airports) and analyze this approach’s results in Alberta quickly, maybe soon this option to avoid the quarantine could be offered in other provinces as well…

It’s too early to tell, but some cautious optimism is warranted. Finally a bit of hope.

By the way, a while back, the government announced that only 4 airports were allowed to receive international flights:

And since then, many believe that all passengers who enter Canada by plane (over 1 million since the beginning of the summer alone) could only arrive in those 4 airports…

But no, it’s once again another of the many myths we like to debunk (like the myth that exiting or re-entering Canada is not allowed or the myth that international flights were ever banned for that matter; all false).

The fact is the federal rule excludes flights from the United States, Mexico, the Caribbean, and Saint-Pierre-and-Miquelon. It’s more of an intercontinental rule than an international rule. Anyway, the reality is that those regions represent a non-negligible portion of air passengers, so a lot of people can enter Canada at any airport in the country.

There is currently a mandatory 14-day quarantine for travelers entering Canada, no matter where they’re arriving from.

We’ve already covered why that isn’t a very logical approach. It’s the opposite of a science-based approach (and why many countries don’t have a similar rule). The science is clear: many countries have a lower infection rate than here, so as we said, the quarantine should at least be based on what the data shows for the country you’re arriving from.

What is also clear is that plenty of activities that have nothing to do with travel are a lot more to blame for the coronavirus transmission and nobody has to quarantine after doing those activities if they don’t have symptoms.

Not to mention we’ve experienced first-hand how the quarantine enforcement seems simply terrible when returning from Greece and Turkey this summer.

Finally, a testing program, however imperfect, would likely catch a vast majority of positive cases… at least as much as the quarantine does since many unfortunately might not be following it anyway.

Sign up for our free newsletter for all relevant updates for Canadian travelers, and everything you need to know to travel safely when you’ll be ready to do so.

Want to get more content to know how to start traveling again, whenever that is for you?

We have a first update since our previous post on the topic: it was announced that 1,933 travelers participated in the pilot from the launch on Monday November 2nd to November 13th (last Friday).

The Government of Alberta declared that “the border pilot is off to a successful start” according to CBC, which is obviously very encouraging!

Okay, 2,000 people is not much. About 200,000 entered Canada over that 12 day period (when excluding truck drivers), so it does seem low. A majority of people doesn’t enter via Alberta of course, but they didn’t announce how many travelers chose the 14-day quarantine instead of the tests, but I can’t imagine that number to be very high.

Anyway, it’s literally the first step towards a simpler restart for international travel (done safely and responsibly) in 8 months, so it’s very promising.

The mandatory 14-day quarantine is replaced by rapid testing in a pilot project in Alberta since November 2nd and it’s very encouraging for international travel to resume in a safe and responsible way.

What do you think of the pilot project? Tell us in the comments below.

Overview Of Our Current Trip To Greece And Turkey