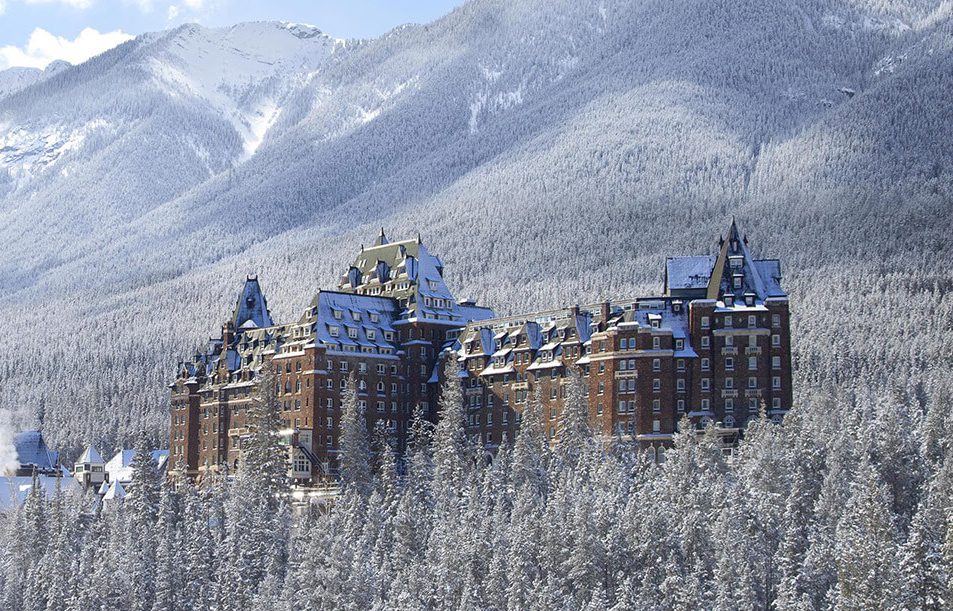 Here is a recap of recent news stories for Canadian travelers, as well as a teaser about 3 hotel deals. A lot is happening these days in the world of travel as you can imagine, and we’re here to catch you up with this update.

By the way… in theory, the Canada-USA (land) border closing is due to expire in 3 days. You and I both know that will not happen, but we’ll be watching out to let you know once it’s official. The following deadline is October 31st, when the 14-day mandatory quarantine and entry restriction for non-American foreigners are due to expire.

We talked about this many times and the most recent time, we told you the $720 million purchase price was certainly not going to happen, for obvious reasons.

Well, it’s now officially down to just $190 million. This is a surprise to no one: if anyone thought Air Canada would really pay $18 per share, they could’ve just bought shares as they had been trading for under $5 despite the Air Canada purchase deal.

Given the aviation sector’s uniquely bad situation in Canada compared to other countries (as explained briefly in the post about WestJet pulling out of 5 Canadian airports), the new deal also requires Air Transat to eliminate positions before the takeover.

Air Transat is particularly hurt by this pandemic since it has such a limited domestic route network. As we shared yesterday, the risk of flying itself is “virtually nonexistent” according to yet another study, but by far the biggest obstacle to travel (at least based on all the many messages and comments we get from you) is the mandatory 14-day quarantine upon return from international destinations, which are Transat’s core business.

Most airlines currently have flexible change policies in place (with US airlines even going so far as saying they’re eliminating change fees “forever”).

So it was highly unlikely that Air Canada’s Aeroplan rewards program would really end its own free change policy on October 16th as planned, since bookings made with rewards points have always offered more flexibility than those made with cash.

It’s one of the best benefits of getting into travel rewards (well, apart from the obvious upside of very easily getting $1,000 in free travel every year).

Well, good news: as they did the previous 2 times, Aeroplan has extended its free change policy. It is now valid until December 31st at least.

That means you should definitely book these sweet spots before the major program changes on November 8th, since there is no risk and you can cancel later for free.

There is also a pretty major rumor about the new Aeroplan credit cards launching in November, but I’ll keep that for a separate article soon. Make sure to subscribe to our free newsletter to get all our updates.

Remember just a few months ago when airlines had to wet-lease planes (which means they had to hire third-party companies to operate flights) to maintain capacity as they didn’t have enough planes to meet demand?

While it sounds like years ago, the Boeing 737 MAX grounding was a major issue in the aviation industry.

We told you everything you needed to know about the 737 MAX crashes at the time, but in short, the entire model was grounded after 2 crashes so that Boeing could fix an issue.

Well, it’s taken a long time, but there’s a first positive development for Boeing in this dumpster fire of a story: the European Union Aviation Safety Agency (EASA) said that the 737 MAX now meets its requirements and will be able to fly again soon.

Some find it surprising that the EU gives the plane the green light before the US, but given how the US FAA has been criticized for its lenient approach with Boeing, maybe they want to compensate.

And for what it’s worth, Canadian authorities must also give their own independent approval. This is noteworthy since Air Canada was one of the world’s biggest 737 MAX operators.

On our trip to Greece and Turkey this summer, airport lounges were open literally everywhere except in Canadian airports.

Like most other types of establishments, they’ve adapted and reopened with strict hygiene measures. And the good news for those traveling currently is that more airport lounges are reopening here in North America.

Air Canada had already reopened it’s Toronto (YYZ) Maple Leaf Lounge in August, and Vancouver (YVR) had followed. This week, it was the Calgary (YYC) location’s turn to reopen.

Weirdly, Montreal (YUL) is the airline’s 2nd-largest hub, but it’s now the only one of the 4 main hubs not to have an open Maple Leaf Lounge. And in WestJet’s network cuts, Quebec City (YQB) was the only airport in Canada’s Top 15 to be affected.

Maybe the pandemic having hit Quebec the hardest means fewer people are using those airports compared to elsewhere in Canada, but unfortunately, we don’t have data at the regional level at all to dive deeper. Oh well.

Finally, for the few of you flying to the US (just because it’s allowed doesn’t mean it’s the right thing to do; everyone should analyze every factor based on their situation), the flagship American Express Centurion Lounges have now reopened most of its locations after many months.

We’ll soon have a complete guide to how airport lounge access works for Canadians (many will now value the extra physical distancing in lounges more than ever, and the good news is that it’s still free for many) and also about which independent lounges are open right now in Canadian airports (independent lounges are the ones more casual travelers have access too, while airline lounges like the Maple Leaf lounges are for elite members or business class passengers).

Porter has once again delayed its relaunch date, this time to December 15th.

For those who don’t know Porter, it is a small regional carrier based at Toronto Billy Bishop Airport (YTZ). I’ve enjoyed flying with Porter for the unique experience, but not many non-business travelers feel the same it seems. So even that start date is far from certain; it has been pushed back many times already.

When looking at the US, where passenger numbers have returned to about 33% of last year’s number (far more than here in Canada), airlines have publicly stated that demand is almost exclusively driven by leisure travel, not business travel…

Calin Rovinescu, who has been at the helm of our flag-carrier for over a decade, will be retiring in February. Current Deputy CEO and CFO (Chief Financial Officer) Michael Rousseau has been designated as the successor.

One thing that is undeniable is how well Air Canada has performed under Rovinescu: AC’s stock price had increased by 5,900% from when he took over (albeit at a very rough time for the airline) to the end of 2019. That has certainly rewarded Rovinescu financially, as we explained when mentioning his $64 million earnings in 2018 alone.

We’ve told you that Alaska Airlines’ rewards program was one of the essentials for Canadians, even though it’s not very well-known. We’ve known for a while that the 4th-largest US legacy carrier, which is based in Seattle despite its name, will be joining the oneworld airline alliance in 2021. Great news for those who like free travel.

Anyway, the official date has just been revealed: March 31st. We’ll tell you why you should care in an upcoming travel rewards tip.

The AIR MILES program is one we haven’t covered much, but is very popular even if it is somewhat misused by many. Well, at least if you want to maximize value: rewards points should never be redeemed for anything other than travel if you want to maximize their value. It’s one of the basics to understand when getting started with travel rewards.

We’ll have a complete guide on AIR MILES program in the coming weeks so that you can put this forced travel break to good use by learning how your next trip can cost a lot less thanks to points.

Amazing Fairmont deal is back

We’ll have an updated and detailed post (with more hotel deals as well), but I wanted to share this one right away since it was so popular this summer.

Fairmont Hotels is once again offering “buy one, get one free” on most of its luxury Canadian hotels. These include many iconic properties, like the Fairmont Banff. They’re not cheap, but this deal is as good a deal as we’ve ever seen on these hotels, since the hotel chain’s rewards program isn’t very good.

You can read our July post about the old promo, it gives you all the key details and this reboot is essentially the same promo. The discounted price will appear as long as you search for two consecutive nights on the Accor Hotels official website (it’s officially called the “Stay Close” rate).

You can book stays until April 30th, but you must book by November 16th (refundable rates). Our upcoming post will list the best hotels and cheapest dates for you.

We’ll also do a detailed post for these, but for those who plan on traveling to either Vancouver or Ottawa, there are amazing hotel deals to book through these 2 promos.

In Vancouver, you get a Visa gift card worth $50/$75/$100/$125 for your first night in participating hotels (the lowest possible gift card of $50 is at the cheapest hotels on the list, while the $125 gift card is at the most luxurious). That alone is an amazing deal that can give you a discount of over 50% in many cases. But then you also get a flat $50 gift card for each subsequent night (up to 4 more nights).

In other words, if you book a participating hotel for 5 nights, you get at least $250 back (or $325 for the high-end hotels). Even for a 2-night stay, it’s a very good deal. For stays until February 28th, free cancelation and refund up to 48 hours before check-in.

In Ottawa, you get $100 off your room if you book 2 nights at a participating hotel. Some of the hotels on the list are very affordable, so you once again can get 50% off. For stays until December 31st, most hotels seem to also offer free cancelation and refund (check yours).

But for now we just want to let you know that Marriott’s global promo has been extended, since Marriott is by far the best hotel rewards program for Canadians and many of you have taken advantage of the 8-free-nights Welcome Bonus with the Marriott Bonvoy Card.

As always, you need to register online in one click and the promo now ends November 10th.

Travel-related news stories for the week.

What do you think of these updates? Tell us in the comments below.

Amex Offer: $200 In Free Groceries On The Platinum Card